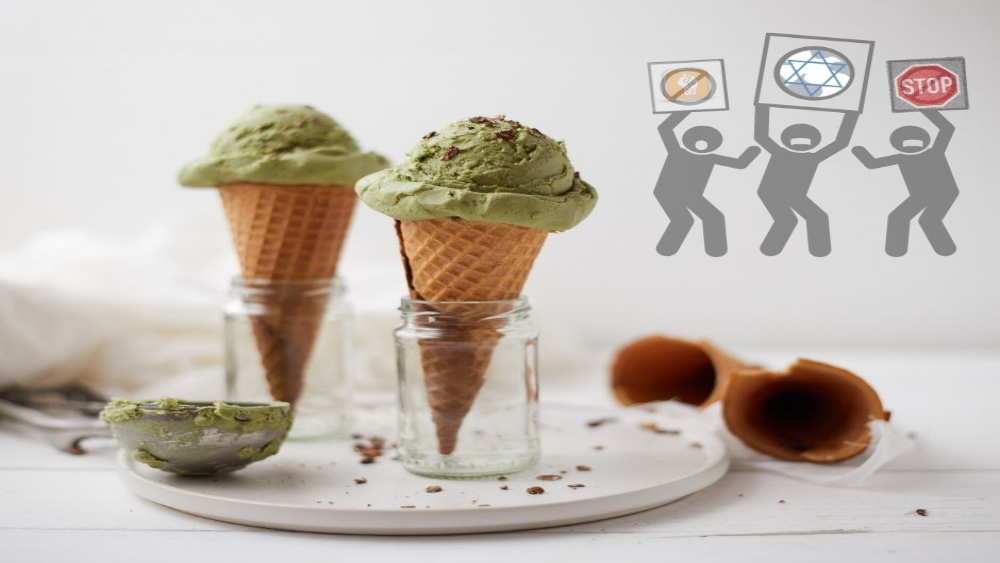 by Hope for Israel Staff

Vermont-based ice cream company, Ben & Jerry's, announced in late July that it will not renew its contract with its current Israeli licensee at the end of December 2022. The reason? The licensee sells the product in Israeli-Jewish settlements, which are disputed territories, and, the company claims it cannot, in good conscience, be implicit in the oppression of the Palestinian people in the "occupied Palestinian territories". Unilever, the parent company of Ben & Jerry's, announced that it would continue to sell the ice cream under an agreement with another undisclosed licensee, who would, apparently, not sell to businesses operating in Jewish settlements in Judea & Samaria (what the world mistakenly refers to as "the West Bank").

This announcement sent shock waves throughout Israel, as well as in many of Israel's political and social allies. It was particularly disturbing because it became clear shortly afterwards that the Independent Board of Directors of Ben & Jerry's actually wanted to boycott Israel entirely, and not allow any of its products to be sold anywhere within the country. The company called out Unilever for not honoring the Independent Board's decision, and made it clear that Unilever's decision does not reflect the Board's wishes.

Why should we care? Doesn't Ben & Jerry's have the right to stop selling its product to whomever it wants? As Avi Zinger, owner of Ben & Jerry's Israel, who has been producing and distributing the world-famous ice cream in Israel for 35 years said, "The government of Israel cannot afford for this [the boycott] to happen. When you mix politics with ice cream, you do not know where it will stop." Today, it's ice cream; tomorrow, who knows what it will be?

The issue of boycotting Israel is not new. A highly organized movement called BDS (Boycott, Divestment, & Sanctions) has been gaining traction since 2005. This movement, started by Omar Barghouti (who, by the way, was educated at Tel Aviv University, in Israel) claims it is fighting for justice for the Palestinian people, but in actuality, it is an anti-Semitic movement aimed at delegitimizing Israel, with the ultimate aim of destroying the Jewish state. Barghouti admits this himself when he said "...Most definitely, we oppose a Jewish state in any part of Palestine. No Palestinian...rational Palestinian, not a sell out Palestinian...would accept a Jewish state in Palestine."

Other than the fact that the founder of BDS advocates for ethnic cleansing, BDS is incredibly problematic for many reasons. The U.S. State Department released a statement on July 21, 2021 condemning the BDS movement because it "unfairly singles out Israel." Not only does BDS single out Israel, the only democracy in the Middle East, but it also proliferates false propaganda against Israel, which is largely responsible for rising anti-Semitism in Western nations. They are particularly active on college campuses in North America, and have been very effective in indoctrinating young adults against Israel and the Jewish people in general. This matters, because the generation coming of age is increasingly anti-Israel and anti-Semitic, which will have severe consequences for all Jewish people in the not-so-distant future.

Another glaring problem with BDS is that its activities actually end up hurting the very people it claims it's helping - the Palestinians. Not one single positive step has been taken for the betterment of Palestinian lives by BDS. The fallout of boycotting Israeli goods ends up hurting Palestinians because many of them lose jobs when Israeli companies have to relocate their factories outside of Judea & Samaria. This was the case with SodaStream in late 2015, when 500 Palestinian employees lost their jobs when the company was forced to close its factory in an Israeli settlement and relocate to southern Israel. And many Palestinians will lose their jobs if and when Ben & Jerry's Israel has to close its doors next year.

So, how exactly does their boycott help the Palestinians? It doesn't. Nor is it doing any favors for Unilever, Ben & Jerry's parent company. Since the boycott was announced, Unilever's stock has lost 7.7% of its value. New York State's pension fund put Unilever on notice for potential divestment. Texas and Florida are pursuing actions based on their anti-boycott legislation. In fact, at the time of this writing, Florida governor Ron DeSantis just announced that the state is putting Unilever on its list of scrutinized companies for the boycott of Judea & Samaria. If Unilever does not reverse its decision within 90 days, Florida will not contract with Unilever or any of its subsidiaries. In his announcement DeSantis wrote, "There is nothing progressive about boycotting the only democracy in the Middle East." And the news for Ben & Jerry's in the United States is not good, either. Retailers across the United States have stopped selling the product altogether. Many Americans have understandably stopped buying ice cream at the company's franchises, which unfairly hurts the independent owners of those parlors.

If Ben & Jerry's Board of Directors was so compelled to help the Palestinian people, why wouldn't it instead donate the proceeds of sales in Jewish settlements, or all of Israel for that matter, to organizations that work towards the betterment of Arabs in Judea & Samaria? Why wouldn't it establish an educational fund for young Palestinians, whose education is severely lacking due to the Palestinian Authority's misappropriation of funds? Or, why not establish a charitable organization working towards tolerance and coexistence between Israelis and Palestinians?

The sad truth is that Ben & Jerry's ultimate goal, just like BDS, is delegitimizing Israel in an effort to appear "woke" and propagate its progressive narrative. Not surprisingly, the chairwoman of the company's Independent Board, Anuradha Mittal, is a well-known anti-Israel activist, despite her claims that she is not anti-Semitic. Unfortunately, the Ben & Jerry's boycott is not an isolated incident, and it will not be the last company to take up BDS' flag. For now, it's ice cream; what will be next?

*For more about BDS, please refer to our series of articles here

4 Comments on “Ben & Jerry’s Political Flavor of the Month”