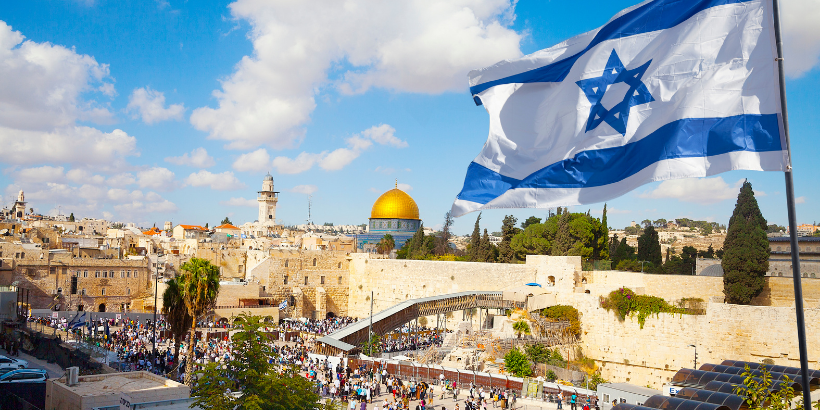 Is Jerusalem Day a celebration or provocation? As with everything else concerning the modern State of Israel, it depends on who you ask. Jerusalem Day (Yom Yerushalyim) is an Israeli holiday that commemorates the re-unification of East Jerusalem with West Jerusalem under Israeli rule in 1967. It marks the first time the Temple Mount was under Jewish rule since the destruction of the Temple in 70 CE. For Jewish Israelis, this day marks the liberation of East Jerusalem from Jordanian occupation. For Palestinian Arabs, however, this day marks a turning point in their struggle to establish a Palestinian State with East Jerusalem as its capital.

From a biblical perspective, this day marks the fulfillment of prophecy. The miracle of this day cannot be underestimated. For over two thousand years, the Jewish people longed for the day when all of Jerusalem would one day be back in their hands. After the Romans destroyed Jerusalem after the Jewish-Roman War in 70 CE, most of the Jewish people were exiled from the Land. And while there was always a Jewish presence in the region, the land underwent several occupations throughout the millennia. So, when Israel took back the Temple Mount and subsequently, all of Jerusalem in 1967, it was a truly joyful event. Yet, sadly, this day has turned into a politically charged event where violent rioting often ensues.

This Jerusalem Day, May 29th, Israeli nationalists are planning to march through the Old City of Jerusalem waving Israeli flags. In 2021, Palestinian terror groups, Hamas and Palestinian Islamic Jihad, fired rockets into Israel, towards Jerusalem when the Flag March took place. This began an 11-day military conflict called “Guardian of the Walls”. And they are threatening to do the same this year.

Why is this such a hot-button issue? The issue — other than plain ol’ anti-Semitism and Israel hatred — is that they claim to be defending the honor of Al Aqsa Mosque, which is in the Muslim Quarter of the Old City. Palestinian terror groups claim that such a march taking place in the Muslim Quarter, near the Temple Mount, is a violation of the mosque. Granted, it is a fair argument that perhaps entering the Old City through the Damascus Gate in East Jerusalem and marching through the Muslim Quarter is unnecessary, and that the march could just as easily take place in other parts of the city. Yet, when then-Prime Minister Netanyahu changed the route in 2021 to not include the Damascus Gate, Hamas still attacked Israel with rockets. So, that argument is irrelevant.

But that is not the crux of the issue. The real question we must consider is whether Israelis carrying their flag through any part of the capital city, Jerusalem, is provocative. Regardless of one’s opinion on the Israeli-Palestinian conflict, it is this author’s opinion that no, it is not a provocation. The fact is, Jerusalem is the capital of Israel; this fact does not require that one agrees with it. It is just so. While Jerusalem is a beloved city central to Judaism, Christianity, and Islam, the fact is that Jerusalem lies within Israeli territory. Every country has the right to determine its capital city, regardless of international opinion. There is no denying that many countries do not recognize Jerusalem as Israel’s capital, but that does not make it wrong or illegal to march through the city with Israeli flags. Nor does it justify being attacked as a result.

Would you commit to praying for Israel in these difficult times? Another threat of war with Hamas after the deadliest wave of terror in years has many Israelis on edge. And we should not ignore the fact that many Palestinian Arabs are also tired of fighting. It is wrong to assume that all Palestinians want to destroy Israel. No one wins in war; mothers and fathers are tired of burying their sons and daughters, regardless of which “side” they are on. Please also pray for wisdom for Israeli officials and the military as they prepare for a potential confrontation with Hamas. Please also pray for protection over Israeli & Palestinian civilians, especially children.

May we know the LORD’s peace in our hearts no matter what comes! And may we love what He loves…

If I forget you, O Jerusalem,
let my right hand wither.
May my tongue cling to the roof of my mouth
if I cease to remember you,
if I do not set Jerusalem above my chief joy.
Psalm 137:5-6 (TLV)