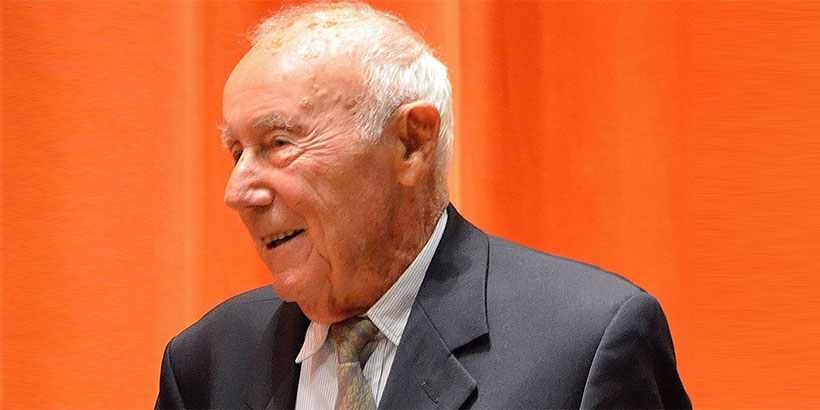 Simcha Rotem (z”l), the last fighter of the Jewish uprising in the Warsaw Ghetto of 1943, was buried on Monday, December 24 in the Ayalon Valley in Israel. Our son is a school friend of Simcha’s granddaughter, and she extended the invitation to attend the funeral. I was honored to have experienced such a moving and historical moment with my son, and with Simcha’s sons, their wives, and their children.

With each speaker, it became clearer just how significant this special man’s contribution has been to the Jewish people, both in Nazi-occupied Poland, and in Israel. But it wasn’t his incredible bravery, selflessness, or tenacity to save Jewish lives from the Ghetto that struck me most. It was the question of “What if?” What if the Jewish people had had a re-established homeland, where they could have fled for protection? What if the Jews from Morocco, Egypt, Syria, Yemen, Tunisia, Iraq, Iran, and Russia had had a safe place to flee from persecution in the late 1800s, when pogroms were a regular occurrence, and entire villages were being destroyed?

God’s timing is never accidental and everything – yes, everything – happens with a purpose. As difficult as it is to accept, I truly believe that there are reasons for things that we may never know. When I ask “What if?” I do not mean to question God’s sovereignty, or to challenge why God allowed the Jewish people to endure such hardships, or to question His timing in reestablishing the State of Israel. But it does make me think about the importance of a Jewish state today, and how crucial it is for the entire Jewish people to fight for Israel’s protection, literally and figuratively.

The rise in anti-Semitism and anti-Israel sentiment in almost every corner of the world today troubles me, and should trouble every follower of Messiah. Yes, the rising hatred of Jewish people and Israel are signs of the times, no doubt. What is most troubling, however, is that many in the Body of Messiah fall into this hatred, which should not be! We should love that which God loves. And He loves Israel with a fierce love.

This is all the more reason that followers of Messiah should have a heart for Israel. His plan of salvation for the entire world lies within Israel and her people. Yeshua clearly proclaimed this – He lived it, He taught it, and in His death, He solidified it. This is what He meant when He told the Samaritan woman that, “…salvation is from the Jews.” (John 4:22) The fact that many centuries of Christian persecution of Jewish people stems from a deep misunderstanding of this has had tragic results. Dwelling in the past doesn’t do anyone any good. Yet, it’s imperative that we do not forget the mistakes and tragedies of the past! Otherwise, we are doomed to repeat them.

Simcha Rotem’s heroic acts during the Holocaust should never be forgotten, nor should the fact that six million Jews were systematically murdered. Furthermore, we cannot lose sight of the fact that God is not yet finished with Israel! Israel is central to God’s plan in the final days, as are the gentile believers who will have to decide if they will stand with or against Israel. We know that all nations will one day turn against Jerusalem (Zechariah 12 & 14), but we also know that individuals in those nations can choose where they will stand.

A Jewish homeland is vital to the existence of the Jewish people, and for God’s plan in the final days. Are we willing to stand firm for Israel and protect her from the many woes that threaten her existence? May we all have the same courage as Simcha “Kazik” Rotem had in the face of extreme difficulties. May his memory be a blessing!

One Comment on “Why We Need a Jewish Homeland”