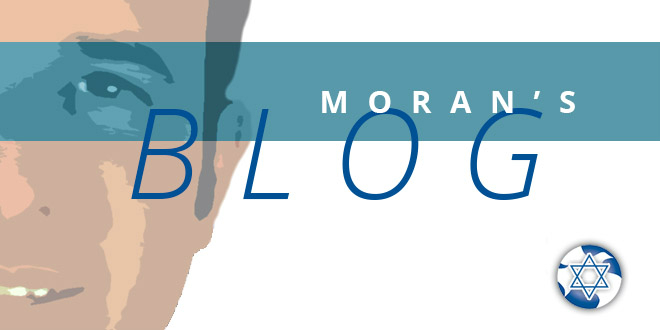 In last week’s blog on Parashat D’varim (Words) I wrote that, “When it comes to the issue of the Land, one must understand that the Land of Israel belongs to God! He alone decides what is to happen to it! And God gave it as an inheritance to the Children of Israel. As I have stated before, no one has the right to take or give away that which belongs to Almighty God! And we must stand on this truth even though we know that Scripture foretells of the nations gathering against Jerusalem, setting the stage for the final showdown between the world and Messiah on the day of His return!”

In this week’s Scripture portion, we see a connection between the promise of the Land and Israel’s election. Sadly, this subject is widely misunderstood within the Body of Messiah (among both Jewish and Gentile members), and I want to address it according to what the Scriptures say, and how we are to understand it in the light of Messiah. So let’s start with what is written in the Scriptures:

“When the Lᴏʀᴅ your God shall bring you into the land where you are entering to possess it, and shall clear away many nations before you, the Hittites and the Girgashites and the Amorites and the Canaanites and the Perizzites and the Hivites and the Jebusites, seven nations greater and stronger than you, and when the Lᴏʀᴅ your God shall deliver them before you, and you shall defeat them, then you shall utterly destroy them. You shall make no covenant with them and show no favor to them. Furthermore, you shall not intermarry with them; you shall not give your daughters to their sons, nor shall you take their daughters for your sons. For they will turn your sons away from following Me to serve other gods; then the anger of the Lᴏʀᴅ will be kindled against you, and He will quickly destroy you. But thus you shall do to them: you shall tear down their altars, and smash their sacred pillars, and hew down their Asherim, and burn their graven images with fire.

“For you are a holy people to the Lᴏʀᴅ your God; the Lᴏʀᴅ your God has chosen you to be a people for His own possession out of all the peoples who are on the face of the earth. “The Lᴏʀᴅ did not set His love on you nor choose you because you were more in number than any of the peoples, for you were the fewest of all peoples, but because the Lᴏʀᴅ loved you and kept the oath which He swore to your forefathers, the Lᴏʀᴅ brought you out by a mighty hand, and redeemed you from the house of slavery, from the hand of Pharaoh king of Egypt. “Know therefore that the Lᴏʀᴅ your God, He is God, the faithful God, who keeps His covenant and His Grace to a thousandth generation with those who love Him and keep His commandments; but repays those who hate Him to their faces, to destroy them; He will not delay with him who hates Him, He will repay him to his face. “Therefore, you shall keep the commandment and the statutes and the judgments which I am commanding you today, to do them.”
(Deuteronomy 7:1–11)

Upon their arrival to the Promised Land, the Children of Israel were instructed to have nothing to do with the pagan peoples living there. God knew that the pull of the pagan culture would draw His people away from Him, and so He foresaw the need to warn and protect them. How true is this of us today? Are we not easily drawn to the wickedness of the world, trying to stay close to Him all the while the world continues to pull at us each day?

But I want to come back to Israel being called by God as a people set apart for Him (Israel’s election). In Deuteronomy 7, we learn some very important points regarding Israel’s election, something that ought to give us followers of the Messiah great comfort and hope:

The mere fact that Israel exists today is one of the greatest proofs of this truth! For one to say that God is “done” with Israel because the Jewish people have sinned against Him is tantamount to calling God a liar. On the other hand, Israel’s election is by no means reason for us to arrogantly boast that “we are the chosen ones.” Although the Jewish people are chosen, we must ask ourselves, “for what purpose?”

The Jewish people are God’s covenant people because we are chosen to manifest His character, His glory, His faithfulness, and ultimately, Messiah Yeshua to all other peoples! This is why Rav Shaul (Apostle Paul) writes in Romans 11 that even though the Jews rejected Messiah so that salvation could be extended to the Gentiles, there will come a time that Israel’s partial hardening will melt away, and it will be life from the dead! (Romans 11:15)

In closing, if you have been redeemed by faith in Him, you can take a great comfort in His promises to never leave you nor forsake you. However, please do not lose sight of the fact that He chose you for a very specific purpose, and that from now on your life is for Him who died and rose again on your behalf. (2 Corinthians 5:15)

One Comment on “Parashat Va’etchanan (To Implore or Beg…)”