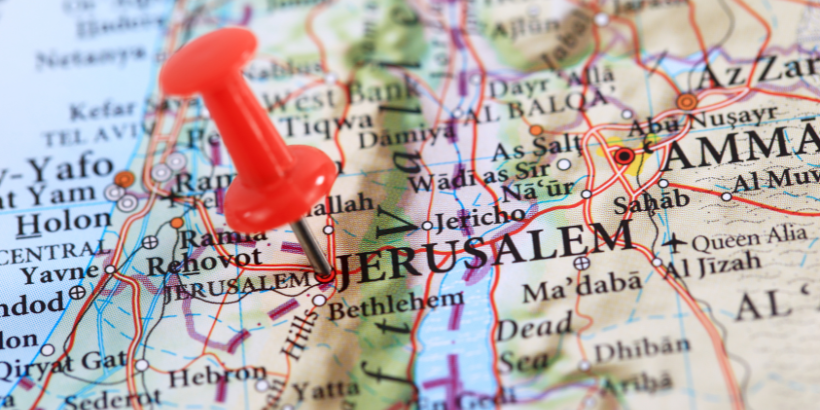 This past week, terror struck Jerusalem. Jerusalem is not immune to random terror attacks; for years, since the intifadas (Palestinian uprisings) of the 90’s and early 2000’s, there have been stabbings, car rammings, and shootings among others. What set this attack apart is the method of attack: twin coordinated bombings at two bus stops in different parts of Jerusalem. A 16-year-old Jewish boy was murdered, and 19 others were injured. The attacks are attributed to Palestinian terror cells, and sadly, at the time of this writing, the terrorist(s) have not been found and brought to justice.

Before I continue, it is important to understand that Israel is always thwarting terror attacks. Israeli intelligence is the finest in the world, yet there are still times when even the best intelligence misses something. The attacks shocked & terrified Israelis, in part because of the sophistication they demonstrated. These coordinated attacks required skilled planning and execution. This was not the work of amateurs. This concerns Israeli officials and the public: could these attacks signal a return to the horrific bus bombings of the intifadas? While this could be a sensationalized concern, it is worthwhile to examine why this and why now.

The timing of these attacks is significant. They were carried out during a transitional time, where Israel’s incoming right-wing government is still being formed. It seems that the terrorists were not only taking advantage of this vulnerable time, but also sending a clear message against the extreme right policies of some of Netanyahu’s incoming coalition. Terrorism surrounding political situations is not a new phenomenon in Israel by any means. However, it is not coincidental that these attacks occurred when they did.

Another important aspect of these attacks is that they reflect the growing impotence of the Palestinian Authority (PA). Over the past decade, the Palestinian Authority has worked in tandem with Israel to keep terror cells at bay, which, in turn helped to boost the PA’s power in Judea and Samaria. The PA’s dwindling popularity among Palestinian Arabs in the region, as well as the uptick in terrorist activities in areas such as Jenin, have exposed the weakness of the PA. Palestinian President, Mahmoud Abbas, has been in power for over 17 years and is now facing an angry younger generation of Palestinians who are no longer content to wait for him to bring about what they see as the “liberation of Palestine”. This is evidenced by the emergence of new Palestinian terror groups, such as the Lion’s Den, which is comprised of mostly 20-something Palestinian Arab men.

One thing we followers of Messiah Yeshua must do is intercede for Israel in this turbulent season. Israel needs a strong prayer covering as the country enters a potentially volatile political reality, where extremist voices on all sides are only growing louder. Inflammatory rhetoric against Jews from the Palestinian side is being matched by provocative rhetoric from some Jewish politicians against Arabs. There is also the danger of extremists from both sides taking matters into their own hands, which will only add fuel to a hot fire. All of these issues can be a breeding ground for even more attacks, which we all hope will not happen.

Please continue to pray for the peace of Jerusalem (Psalm 122:6) and for wisdom for Israeli officials, for incoming Prime Minister Netanyahu, and for his coalition. Please pray that Israelis and Palestinian Arabs will seek understanding with one another on a personal level, and not seek solutions only on the macro level. Lastly, please pray that the Lord will strengthen us all in difficult days ahead.

4 Comments on “Terror in Jerusalem”