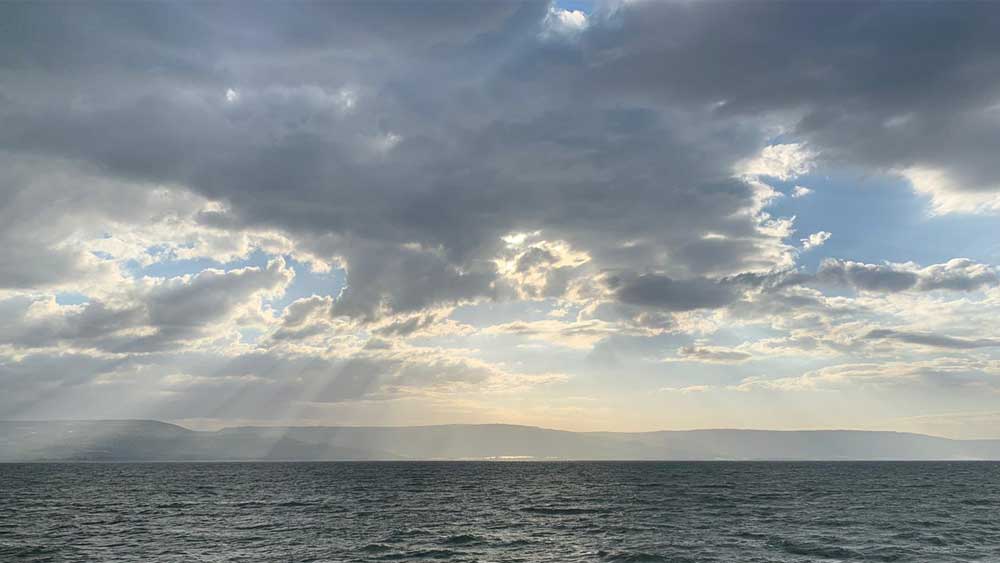 Have you ever wondered why Messiah said the things He said? While there are no “hidden" meanings in Scripture, we need to understand that He spoke to specific audiences in their language, using references they would know. Let me give you some modern examples: in Houston, everyone knows what “the Beltway” is.  Everyone in Southern California knows what “LAX” means, and anyone in the New York area knows what “the FDR” is. While local people will know exactly what those references mean, they will probably mean nothing to an outsider.

It would make sense, then, that things which were very familiar to people in the times of Messiah may not be so familiar to us today. Two thousand years of history - not to mention thousands of miles - stand between us and the place and time of the Scriptures (another reason why you should consider making a trip to Israel!). This applies to one of the most famous and quoted statements by Yeshua found in John 7:38-39:

Now on the last day, the great day of the feast, Jesus stood and cried out, saying, “If anyone is thirsty, let him come to Me and drink. He who believes in Me, as the Scripture said, ‘From his innermost being will flow rivers of living water.’”

Since this passage took place on Sukkoth (Feast of Booths), which begins on Friday, October 2nd at sundown, it’s worth taking a closer look.  While many people marvel at this statement and rejoice, many think He spoke these words "out of the blue."  However, this is not correct.  The key to understanding the full meaning of this wonderful teaching is to study the context, as John left us numerous clues.  Again, the meaning would have been obvious to any Jewish person at that time, which is why in verse 41, people said, “He is the Messiah!” Why would people make that connection?  Why was it so obvious to them but not to us?

The answer comes as we study chapter 7 from the beginning. John writes in verse 2 that the Feast of Tabernacles (which we call "Sukkoth" in Hebrew) was near but, at first, Yeshua was reticent to travel to Jerusalem to celebrate it. Then, in verse 10, He secretly journeys up to the Holy City. The chapter goes on to describe what happened during the first six days of the feast (Sukkoth is a seven-day feast).

As we read through the rest of the chapter, we can see the plot unfolding and the tension rising in Jerusalem: First Yeshua teaches secretly and keeps a low profile.  Despite that, people start talking about Him and wondering about His teachings. Two days later, He goes to the temple and begins to teach openly. He then gets into a heated debate with the Pharisees after which he proclaims in verses 28 and 29:

“You know both who I am and where I am from! I have not come on My own, but the One who sent Me is true. You do not know Him, but I know Him because I am from Him and He sent Me.”

The Pharisees had heard about him, but the only thing people were saying was, “He is a good man” or “No, he deceives the people.” Now Yeshua was confronting them on their own turf, so to speak, challenging their authority! This was enough for the Pharisees, who after that declaration decided to arrest Him. Yet, they were not able to because it was not yet His time.

The climax of the week would come at the very end of the feast.  It’s crucial that John specifies that this was taking place at the end of the feast, because by giving us that little piece of information, we can better understand the meaning of Yeshua's words. John says in verse 37 that was the last and greatest day of Sukkoth. On that day, there was a ceremony called the Water Drawing service, where the High Priest would intercede on behalf of the people of Israel, asking God to provide water for the crops and for the survival of the people. The service would begin with the High Priest going down to the Pool of Siloam and filling a jar with water from that pool. Along with his assistants, he would then make his way up to the Temple. As he did this, thousands of people from Jerusalem would join and a procession throughout the city would ensue.

Everyone focused on the jar of water that the High Priest held over his head. He would hold it as high as he could so that everyone would see it. People saw that water as divine salvation because without water, people would die. Crops would die. Hope would die. The sentiment was such that, as he made his way to the Temple people would sing the words from Isaiah 12:

Behold, God is my salvation! I will trust and will not be afraid. For the Lord Adonai is my strength and my song.He also has become my salvation. With joy you will draw water from the wells of salvation from the well that never can run dry.

In addition, as the procession went by, people would also cry out “Save us!” “Save us!”  People associated water with salvation not only because of the text in Isaiah, but also because as we saw before, without water, like was unsustainable, especially in the Land of Israel where water is so scarce.

And so, after parading this jar of water through the streets of Jerusalem, the High Priest and his entourage would reach the Temple, followed by thousands of worshippers. The ceremony would end with the High Priest pouring the water over a corner of the Courtyard of the Gentiles while asking God to provide the life-giving water for the rest of the year.

Try to imagine that moment: Thousands of people watching this ceremony, thousand of people thinking about water and salvation, and how much they needed that water to live. At that moment, Yeshua, who was probably standing somewhere in the crowd, raises his voice and says:

“If anyone is thirsty, let him come to Me and drink. He who believes in Me, as the Scripture said, ‘From his innermost being will flow rivers of living water.’”

Are you staring at jars of water, looking to other things to bring you life, peace, and salvation? We should be seeking the One who does not only gives us living water, but who causes rivers of living water to flow out of us. Hag Sukkoth Same'ach! Happy Sukkoth holiday!