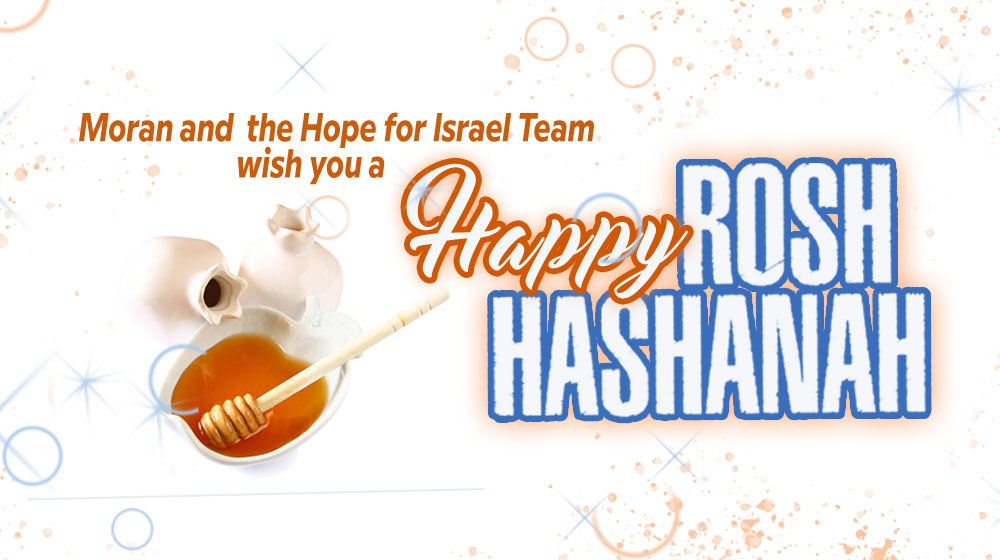 Blow the shofar in Zion!
Sound an alarm on My holy mountain!
Let all living in the land tremble—
for the day of Adonai is coming—
surely it is near! Joel 2:1 (TLV)

Wait…isn’t it supposed to be a trumpet? And what does this have to do with Rosh Hashanah? The Feast of Trumpets (also known as Yom Teruah or Rosh Hashanah) is one of the most sacred days for the Jewish people. Today, this day is most referred to as Rosh Hashanah, which literally means “head of the year”, or more simply, the Jewish New Year. While associations with this day have changed over the millennia, the one thing that has not changed is its connection to the Shofar (“trumpet”).

A shofar is a ram’s horn and can be long or short. It has been a symbol associated with the Jewish people for millennia and is still blown to this day in synagogues around the world. While there are some instances in Scripture where a metal instrument (trumpet or חצוצרה) is specifically mentioned (Numbers 10; Psalm 98:6; Matthew 6:2; Revelation, to name a few), other times, shofar has been translated as “trumpet”. However, there is a special significance to calling the shofar by its actual name, and not translating it as “trumpet”.

Why does the shofar specifically matter for Rosh Hashanah? First, it is important to understand that the Feast of Trumpets, or Yom Teruah, is a biblically appointed time. God commanded the children of Israel to observe this special day on the first day of the seventh month of the Hebrew calendar:

On the first day of the seventh month you are to have a sacred assembly. You are to do no laborious work. It is for you a day for sounding the shofar. You are to prepare a burnt offering as a pleasing aroma to Adonai: one young bull from the herd, one ram, and seven male lambs a year old, without flaw, with their grain offering of fine flour mixed with oil, three tenths of an ephah with the bull, two tenths with the ram, and one tenth with each of the seven lambs, as well as one male goat as a sin offering to make atonement for yourselves.

The command is to assemble, to rest from all work, to blow the shofar, and to offer sacrifices for atonement. What separates this appointed time from the other fall feasts (Yom Kippur, Sukkot, Shemini Atzeret) is the blowing of the shofar.*

The shofar was historically used to announce something; it would announce the new moon and the year of Jubilee. It would also signify the start of war or alert the children of Israel to danger. For followers of Messiah, we believe in the spiritual and prophetic element of the shofar in that it calls us to be awake and alert to the return of Messiah Yeshua. Rav Sha’ul (the apostle Paul) writes about this in 1 Thessalonians 4:16-17 (TLV):

For the Lord Himself shall come down from heaven with a commanding shout, with the voice of the archangel and with the blast of God’s shofar, and the dead in Messiah shall rise first. Then we who are alive, who are left behind, will be caught up together with them in the clouds, to meet the Lord in the air—and so we shall always be with the Lord.

Clearly, the blowing of the shofar is a big deal! There is speculation that because Yeshua fulfilled the spring feasts in His first coming (Passover, Unleavened Bread, First Fruits, and Shavuot), that His return and the ultimate salvation of Israel will be fulfilled during the fall feasts (Yom Teruah/Rosh Hashanah, Yom Kippur, Sukkot, and Shemini Atzeret). While we may not be able to say with certainty that this is what will happen, we would be wise to keep a watchful eye during these special feasts.

At the very least, we know that the Lord is calling us to be awake and alert! And we should be keeping a prayerful vigilance for Israel and its people, especially as Israel’s enemies become more emboldened in these days. As the day of His return draws near, let the shofar remind us of His glorious and awesome promises to the people of Israel, and the redemption of the world!

*While it has become a tradition to blow the shofar at the end of Yom Kippur, this is not a biblically mandated command. It dates back to the days of the Temple when the priests would blow the shofar on the Yom Kippur that ushered in the Jubilee year.

4 Comments on “Blow A Shofar in Zion”