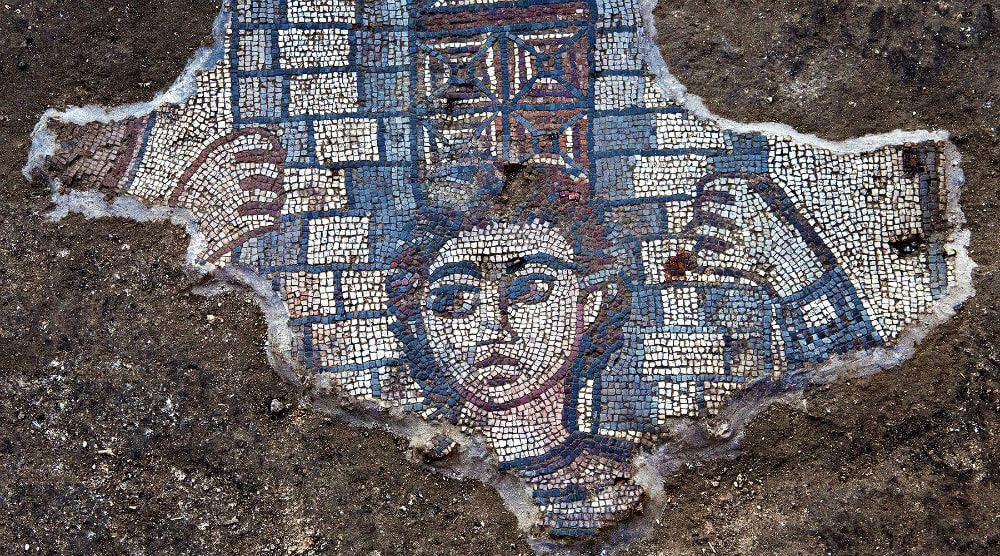 As a nerdy kid I remember sitting in a pew tuning out the pastor and reading the story of Samson from my Bible. For me sermons were fine—for adults—but reading about figures like Samson the mighty hero was far more compelling. Samson followed his carnal whims rather than strictly observing his obligations as a Hebrew man from the tribe of Dan, and was made a Nazirite-for-life through no choice of his own. He was the Hebrew Hercules.

I was not alone in my fascination with Samson. His is the kind of story that has captured the imagination of millions of readers over the past two millennia. Over the centuries this widespread fascination found expression in countless works of art such as Renaissance paintings, Roman frescos, and even in the recently discovered Talmudic-era synagogue mosaic at Huqoq, near the Sea of Galilee where Samson is seen carrying off the gates of Gaza.

But amidst all the wild tales of derring do—carrying off the city gate, catching foxes and tying them together by the tail, slaying a thousand Philistines with the jawbone of a donkey and ultimately collapsing the Temple of Dagon—one thing always stuck in my craw: Samson’s riddle.

Samson, on his way down to Philistine country slays a young lion with his bare hands! Some time later, once again passing by the same place, he finds that bees have made a hive in the corpse of the lion he killed, and he takes some of the honey and eats it. He also gives some to his parents who do not know the origin of the honey (it is from a dead body and thus is unkosher and inedible according to Hebrew dietary law) and this incident gives him the inspiration for a riddle.

One day Samson sees a girl from Timnah, a Philistine town and insists that his father arrange for him to marry her. At the beginning of the traditional week of feasting surrounding his wedding to the Timnite girl he proposes his riddle to thirty Philistine men who are attending the traditional celebrations with him. The wager was for 30 inner and outer garments. The riddle was:

As a child I read this and thought: That is the stupidest riddle ever. No one could solve that, and Samson is being unfair by giving the men a riddle that is patently unsolvable and arbitrarily based on a story from his personal experience. That’s not even actually a riddle! As the years went on and I got a bit older I started to study the Bible in a little more depth and I found that many Bible commentators agreed with my initial reaction, albeit a bit more eloquently and with fancier language. As a believer in the God of the Bible this bothered me, because as the story continues the Philistine revelers who joined Samson for his wedding week secretly conspired with Samson’s wife to extract from her the answer to his riddle. At the end of the week they ultimately presented him with the correct answer to the riddle and he flew into a rage and went down to Ashkelon and killed thirty of their Philistine countrymen and used the garments of the slain to pay off the debt from the wager in an act of apparent viciousness and spite. The Bible seemed to justify this series of events and side with Samson—apparently because the Philistines had cheated—even though according to scholars and Bible experts Samson had given them a patently unfair, unsolvable riddle.

As a youth this really undercut the richness and gravity of the story for me, and as a student I was troubled that many commentators rationalized Samson’s actions arguing that the posing of an unsolvable riddle actually strengthened the story because the unfair riddle served as a “proof” to Samson that the Philistines had gotten the answer out of his wife. This always rang hollow to me.

But then as I went further into my studies I stumbled upon something fantastic.

By virtue of a quirk in translation (or lack of translation) readers for centuries have in fact failed to grasp the nuance of Samson’s riddle. You see, in past millennia several Semitic languages had a word “ari” which actually appears “disguised” in its verbal form in the Bible in 1st Samuel as well as in Song of Solomon. It also appears in several ancient poems in the Arabic language. Based on these sources “ari” means “honey,” particularly in the form of honey dripping from a honeycomb. Ironically, “ari” was also the common Hebrew word for “lion”.

Samson’s experience with the lion wasn’t the basis for the riddle, but rather merely its inspiration. The solution to Samson’s riddle was a pun based on a homonym, and it was in fact perfectly solvable, even for Philistines, who certainly knew Hebrew well enough for them to be able to have a party and lots of social interaction with Samson. Furthermore, in the Song of Solomon the word “ari” also takes on a potentially allusive sexual context in a passage describing lovers, and Samson probably used this pun intentionally too and intended to use this secondary, risque allusion to get a laugh out of the crowd of revelers when the time came to reveal the answer to the crowd of merrymakers at the end of the week of feasting. This intention of course came to naught and things came crashing down as events played out in the story.

But for me, as a reader of the Bible and a believer in the righteousness of God, finding this resolution to an apparent “problem” within a Bible story was profoundly satisfying. It restored the internal logic of the story and made God seem fair again. More importantly, I was extremely gratified to finally discover that Samson’s stupid riddle not only wasn’t stupid, it was actually quite clever.