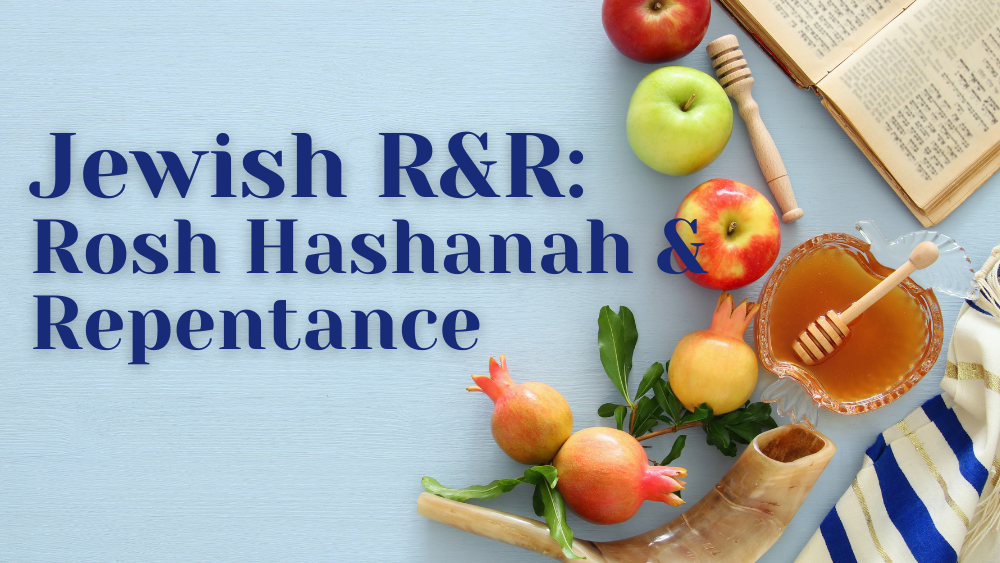 For most people, the New Year is an opportunity for celebration.  Personally, I have always wondered if all the hoopla about this celebration has to do more with an opportunity to look forward to a new season of opportunities or leaving behind frustrations and plans that did not come to pass.  In Argentina, the country where I grew up, New Year’s Eve was huge and waiting for midnight was ever bigger.  Young people would wait until midnight with their families and then would rush to meet to celebrate with their friends.

And then there was “our” New Year, which happened around September. “Our” New Year was different because it was not celebrated by all the community but by a small group of people in my hometown of Santa Fe, Argentina. It was also different because, although it was an opportunity for happiness, it was a much more subdued type of celebration.  Yes, we would get together with people; yes, we would wish each other the traditional “Shaná Tovah” and yes… I would get a couple days off of school! That was the best part for me.

It was different because our New Year was the Jewish New Year. Rosh Hashanah ("Head of the Year" in Hebrew) is derived from the book of Leviticus chapter 23, verses 23 through 25:

Again, the Lord spoke to Moses, saying, “Speak to the sons of Israel, saying, In the seventh month on the first of the month you shall have a rest, a reminder by blowing of trumpets, a holy convocation.  You shall not do any laborious work, but you shall present an offering by fire to the Lord.’”

Notice that there is no mention of a “New Year” but rather the text calls it the “Day of Trumpets” or “Yom Teruah” in Hebrew.  As it turns out, the Feast of Trumpets became the Jewish New Year during the captivity in Babylon as the captives adopted the Babylonian custom that the year would start the first day of the seventh month.  And Day of Trumpets it is, because if you go to a Rosh Hashanah service anywhere in the world you will hear the sound of the shofar that is blown.

The blowing of the shofar reminds us of the time that God gave the Torah to the Jewish people. As Exodus 19:16-19 states:

On the morning of the third day there was thunder and lightning, with a thick cloud over the mountain, and a very loud trumpet blast. Everyone in the camp trembled. Then Moses led the people out of the camp to meet with God, and they stood at the foot of the mountain. Mount Sinai was covered with smoke, because the Lord descended on it in fire. The smoke billowed up from it like smoke from a furnace, and the whole mountain trembled violently. As the sound of the trumpet grew louder and louder, Moses spoke and the voice of God answered him.

This is one of the reasons that rabbis point out that this holiday is a time to evaluate our spiritual situation and, if there are things we need to change, to repent and rededicate ourselves to God.  That is why Rosh Hashanah is the beginning of the Ten Days of Awe, ten days where the Jewish people believe God is judging us. These ten days end in Yom Kippur, the Day of Atonement, which is a day of complete fasting (from food and water).  As an Argentine Jewish comedian once said: “How can you celebrate the Jewish New Year with a big party if you know that in ten days you are not supposed to eat not even a piece of bread?”

And so, as it turns out, the Jewish New Year is not a time for crazy and extravagant parties but rather a time for somber reflection as one looks inward and seeks to correct what it is wrong in his or her relationship with God.  And as a result of that process, one should repent.

Repentance is the first thing that a person needs to do in order to get right with God. Unless we decide to turn away from what God rejects, nothing else we do will be good for anything.  We see this in Israel’s history.  The relationship between God and His people, Israel, has been, to say the least, complicated.  Despite having a loving and righteous God, Israel has turned away many times from Him and turned to sin.

Over and over, God beckoned Israel to return to Him, and the first step was always to repent.  Ezekiel is one of those prophets who, speaking on behalf of God, told Israel what they needed to do to get back on track with their God if they had walked away from Him:

“Therefore I will judge you, O house of Israel, each according to his conduct,” declares the Lord God. “Repent and turn away from all your transgressions, so that iniquity may not become a stumbling block to you. Cast away from you all your transgressions which you have committed and make yourselves a new heart and a new spirit! For why will you die, O house of Israel? For I have no pleasure in the death of anyone who dies,” declares the Lord God. “Therefore, repent and live.”
Ezekiel 18:30-32

As we see here, the first step must be repentance.  The prophet Jeremiah had already previously warned the people of Israel of the danger of not taking this first step:

O Lord, do not Your eyes look for truth? You have smitten them, but they did not weaken; You have consumed them,but they refused to take correction. They have made their faces harder than rock;
They have refused to repent.
Jeremiah 5:1

Interestingly enough, repentance as a first step to get back to God is an idea that also appears in the New Covenant.  Notice the first words of Yochanan (John the Immerser) as soon as he begins ministry:

Now in those days John the Baptist came, preaching in the wilderness of Judea, saying, “Repent, for the kingdom of heaven is at hand.”
Matthew 3:1

His words are echoed by Yeshua Himself at the very beginning of His ministry:

From that time Yeshua began to preach and say, “Repent, for the kingdom of heaven is at hand.”
Matthew 4:17

During the events described in Acts 2, Peter preaches his first sermon.  In it, he proclaims that the life, death, and resurrection of Yeshua is no accident but an event that has been prophesied throughout the centuries.  Notice the reaction of his audience after hearing this powerful message:

Now when they heard this, they were pierced to the heart, and said to Peter and the rest of the apostles, “Brothers, what are we to do?” Peter said to them, “Repent, and each of you be baptized in the name of Yeshua the Messiah for the forgiveness of your sins; and you will receive the gift of the Holy Spirit.
Acts 2:37–38

As we see in this biblical evidence throughout Scripture (Jeremiah, Ezekiel, John the Baptist, Simon Peter and even Yeshua the Messiah), there is a pattern that God expects from His creation.  This process begins with leaving our old ways, our iniquities, and turning back to Him.

As the Jewish world celebrates the creation, let’s celebrate that we are new creatures if we have repented and invited Him to be the center of our lives.  As Shaul the Apostle wrote:

Therefore if anyone is in Messiah, he is a new creature; the old things passed away; behold, new things have come.
2 Corinthians 5:17