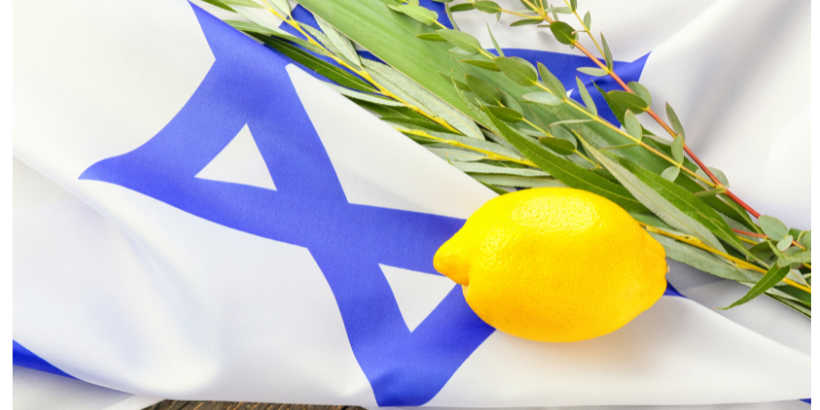 On Sunday Oct 9th at sundown, we will begin the celebration of Sukkot which is also known as the Feast of Tabernacles. In Zechariah 14:16, we read something very interesting, which reveals an amazing prophetic element to this very special appointed time of the Lord:

Then it will come about that any who are left of all the nations that went against Jerusalem will go up from year to year to worship the King, the LORD of hosts, and to celebrate the Feast of Booths (Sukkot).

Every time I read this verse, I wonder about its connection to the future. Why is it that those who are left from among the nations that fought against Jerusalem will go up to Jerusalem from year to year to celebrate the Feast of Booths (Sukkot)? What is so significant about this appointed time, that it will be celebrated in the future?

As I began studying this question, I believe that I may have found the answer. In short, I believe that Sukkot is an appointed time that is connected to the regathering of the people back to the Land and, more importantly, back to God.

“This is what Cyrus king of Persia says: ‘The LORD, the God of heaven, has given me all the kingdoms of the earth, and He has appointed me to rebuild for Him a house in Jerusalem, which is in Judah.Whoever there is among you of all His people, may his God be with him! Go up to Jerusalem which is in Judah and rebuild the house of the LORD, the God of Israel; He is the God who is in Jerusalem. And every survivor, at whatever place he may live, the people of that place are to support him with silver and gold, with equipment and cattle, together with a voluntary offering for the house of God which is in Jerusalem.’”

We see the call to regather the people of Israel from the exile into the Land and, more importantly, the return of Israel back to their God, which included rebuilding of the House of God in Jerusalem.

As we continue to read in Ezra 3:1-6, we see that upon the building of the altar, the first appointed time that the people of Israel celebrated was Sukkot:

Now when the seventh month came, and the sons of Israel were in the cities, the people gathered together as one person to Jerusalem.  Then Jeshua the son of Jozadak and his brothers the priests, and Zerubbabel the son of Shealtiel and his brothers, rose up and built the altar of the God of Israel to offer burnt offerings on it, as it is written in the Law of Moses, the man of God. So they set up the altar on its foundation, because they were terrified of the peoples of the lands; and they offered burnt offerings on it to the LORD, burnt offerings morning and evening. They also celebrated the Feast of Booths, as it is written, and offered the prescribed number of burnt offerings daily, according to the ordinance, as each day required; and afterward there was a continual burnt offering, also for the new moons and for all the appointed festivals of the LORD that were consecrated, and from everyone who offered a voluntary offering to the LORD. From the first day of the seventh month they began to offer burnt offerings to the LORD, but the foundation of the temple of the LORD had not been laid.”

In the Book of Nehemiah chapter 7, we read again of the list of those who returned from exile, and then in Chapter 8 we read something that gives us a clue about the prophetic element of Sukkot:

And all the people gathered as one person at the public square which was in front of the Water Gate, and they asked Ezra the scribe to bring the Book of the Torah (Teaching or Instructions) of Moses which the LORD had given to Israel. Then Ezra the priest brought the Torah before the assembly of men, women, and all who could listen with understanding, on the first day of the seventh month. And he read from it before the public square which was in front of the Water Gate, from early morning until midday, in the presence of men and women, those who could understand; and all the people were attentive to the Book of the Torah. Ezra the scribe stood at a wooden podium which they had made for the purpose. And beside him stood Mattithiah, Shema, Anaiah, Uriah, Hilkiah, and Maaseiah on his right; and Pedaiah, Mishael, Malchijah, Hashum, Hashbaddanah, Zechariah, and Meshullam on his left. Then Ezra opened the book in the sight of all the people, for he was standing above all the people; and when he opened it, all the people stood up. Then Ezra blessed the Lord, the great God. And all the people answered, “Amen, Amen!” with the raising of their hands; then they kneeled down and worshiped the Lord with their faces to the ground. Also Jeshua, Bani, Sherebiah, Jamin, Akkub, Shabbethai, Hodiah, Maaseiah, Kelita, Azariah, Jozabad, Hanan, Pelaiah, and the Levites explained the Law to the people while the people remained in their place. They read from the book, from the Torah of God, translating to give the sense so that they understood the reading.

Then Nehemiah, who was the governor, and Ezra the priest and scribe, and the Levites who taught the people said to all the people, “This day is holy to the LORD your God; do not mourn or weep.” For all the people were weeping when they heard the words of the Torah. Then he said to them, “Go, eat the festival foods, drink the sweet drinks, and send portions to him who has nothing prepared; for this day is holy to our Lord. Do not be grieved, for the joy of the LORD is your refuge.” So the Levites silenced all the people, saying, “Be still, for the day is holy; do not be grieved.” Then all the people went away to eat, drink, to send portions, and to celebrate a great feast, because they understood the words which had been made known to them.

Then on the second day the heads of fathers’ households of all the people, the priests, and the Levites were gathered to Ezra the scribe so that they might gain insight into the words of the Torah. And they found written in the Torah how the Lord had commanded through Moses that the sons of Israel were to live in booths during the feast of the seventh month. And that they were to proclaim and circulate a proclamation in all their cities and in Jerusalem, saying, “Go out to the hills, and bring olive branches and wild olive branches, myrtle branches, palm branches, and branches of other trees with thick branches, to make booths, as it is written.”  So the people went out and brought them and made booths for themselves, each on his roof, and in their courtyards and in the courtyards of the house of God, and in the public square at the Water Gate, and in the square at the Gate of Ephraim. The entire assembly of those who had returned from the captivity made booths and lived in the booths. Indeed, the sons of Israel had not done so since the days of Joshua the son of Nun to that day. And there was very great rejoicing. He read from the Book of the Torah of God daily, from the first day to the last day. And they celebrated the feast seven days, and on the eighth day there was a festive assembly in accordance with the ordinance.
Nehemiah 8:1-18

I find this chapter so fascinating, as the children of Israel stood before the gate of water (God is the source of living waters) and heard the Word of God being spoken to them for the first time in hundreds of years. They did not rejoice, but instead mourned. In fact, they all wept. I wonder if it was because of the revelation of what they had missed for so long. Is it also possible that they wept once they realized what their ancestors had done before them?

I personally love that they were told to not mourn, but rejoice, as that revelation ought to bring a great amount of joy. I cannot help but think of the great day that is foretold in Zechariah 12:10, when the people of Israel collectively recognize their Messiah — Yeshua the Promised Anointed One.

And I will pour out on the house of David and on the inhabitants of Jerusalem the Spirit of grace and of pleading, so that they will look at Me whom they pierced; and they will mourn for Him, like one mourning for an only son, and they will weep bitterly over Him like the bitter weeping over a firstborn.

In closing, I would like to leave you with one last thought; if in the future, in the new Jerusalem, in His everlasting Kingdom, we will celebrate this very special appointed time, why aren’t we doing it today? Perhaps there is a special experience waiting for us in preparation of that glorious day, remembering our own personal redemption in our temporary booth.