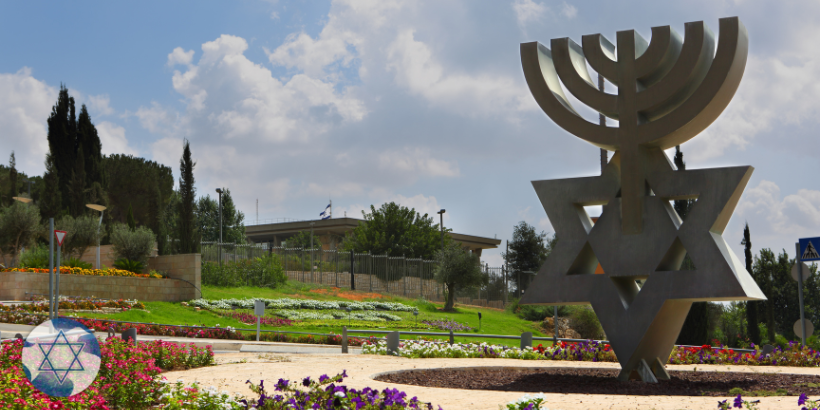 Israel is home to a rather unstable system of government. To say that the last few years of Israeli politics have been rocky is an understatement. Prime Minister Naftali Bennett recently announced that, after barely 12 months in office, he is proposing to dissolve the current parliament (Knesset). That proposal received overwhelming support in the Knesset as shown by an initial vote of 110-0. In short, this means Israelis could be heading back to the polls in late October/early November. This would be Israel’s fifth election in 3 ½ years.

In June 2021, Naftali Bennett (a religious nationalist) and his centrist alternate, Yair Lapid, managed to unseat former Prime Minister Benjamin Netanyahu after he held the position for 12 years. Netanyahu (“Bibi”) was a polarizing figure, to say the least. You either loved him or hated him. To his supporters, he is the King of Israel and a staunch nationalist; to his opponents, he is at best a crooked leader and at worst a threat to Israel’s democracy. While he initiated many positive programs in Israel during his tenure, and the economy was strong under his leadership, there were many issues during his last few years in office. In addition to standing trial for fraud and bribery (this is still ongoing), his handling of the COVID pandemic and his favoritism towards the Orthodox Jewish population made him quite unpopular among many Israelis.

One of the hallmarks of the current Knesset has been the fresh approach to addressing the plethora of problems Israel faces. Not only is the current Knesset the most politically diverse since Israel’s rebirth in 1948, but it is also the most representative of Israel’s assorted population. Bennett inherited a slew of challenges, including the rising violence in the Arab sector, COVID, the decline in Israeli education, a deteriorating security situation, and a possibly nuclear-armed Iran. Yet, he has led with integrity and aplomb. Among his government’s achievements are passing a budget (Bibi’s government did not pass a budget for four years), weathering two coronavirus waves without a lockdown, improving diplomatic ties with Arab and Muslim countries, and avoiding a war with Hamas. Unfortunately, however, Bennett’s slim majority in the Knesset disappeared in April 2022 with two members of the ruling coalition resigning. This month, the Knesset failed to pass a law extending special legal status to Jewish settlers in Judea & Samaria, which most Israelis view as essential. This was the “last straw” so to speak, and Bennett realized he could not continue to govern in the current status quo.

Israel is a deeply divided country. Political instability fosters division. Constant government changes do not bring people together; they pull them apart. The uncertainty brought on by the pandemic has been amplified by Israel’s unstable democratic parliament. Unlike countries such as the United States where elections are held every four years regardless of the political whims, wins, or failures of the person in office, Israel’s Prime Minister can propose to dissolve the government at any time. This fosters a sense of unease among the public and deepens the public’s level of distrust of its elected officials.

This leaves the big question of whether or not Netanyahu will seek reelection. As of this writing, he is still the leader of the Likud party, which is Israel’s strongest right-wing party. He is also still on trial and there is no law in Israel barring a person from running for office while on trial. If convicted, then he would not be allowed to run for office. One thing for sure is that, if he does run for office, he will face a stiff challenge by Yair Lapid, the head of centrist party “Yesh Atid” and Benny Gantz, the head of centrist “Blue and White”. Regardless of who wins, the winner will be faced with the daunting (if not virtually impossible) task of forming a coalition. If unsuccessful, then Israelis will need to vote again.

Please pray for Israel and her people as we face this difficult time. The people are tired of the instability, and after a few difficult years, we are ready for some good news! Please pray that we will seek God first, and not allow our personal differences to divide us. Please also pray that whoever is elected will seek the Lord first, and lead with integrity. While we know that turbulent times still lie ahead, may we be strengthened knowing God is still in control!