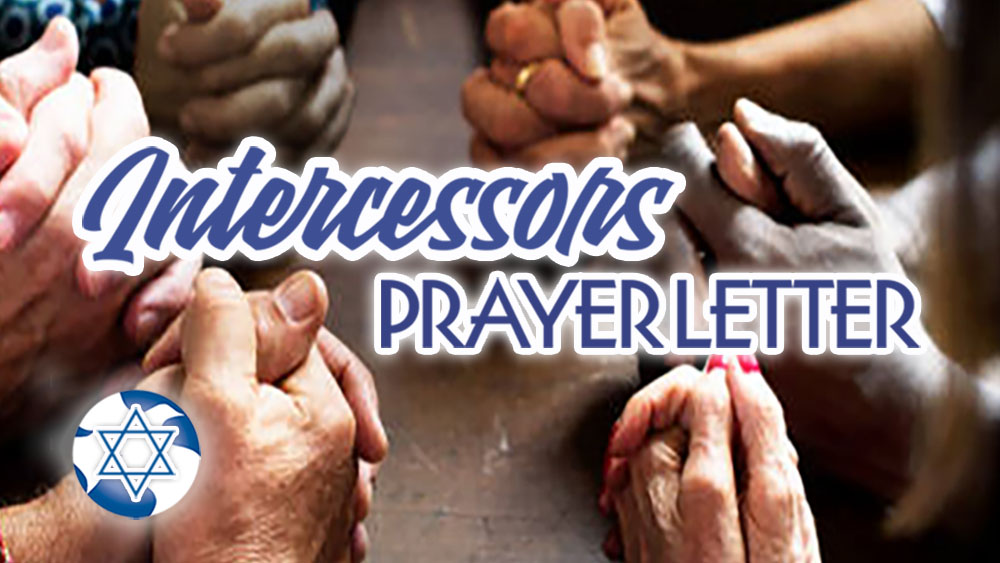 Israel is finally on the cusp of swearing in its new government. Most of December the country has been embroiled in intense political debate as incoming PM Benjamin Netanyahu presides over coalition talks with the different right-wing parties whose leaders will hold ministerial positions in the new government. While many Israelis were hopeful that this election cycle would bring stability to the nation, so far it has done nothing but fuel controversy.

The rainy season seems to have begun now in earnest, bringing furious storms as far south as the Northern Negev and the first snow to the slopes of Mt. Hermon. Israel has already issued flash flood warnings and a spate of deadly car accidents occurred over the Christmas weekend due to severe weather conditions.

Operation Breaking Waves (an anti-terror operation in Judea & Samaria which began in March of 2022) continues, with frequent arrests and clashes between terror cells and IDF and security forces. The Shin Bet released information that they have uncovered a terror ring in Judea and Samaria which received direction and funding from Gaza-based terrorist organization Hamas. This terror ring was planning to carry out a large-scale bombing attack soon, but they do not appear to be connected to the deadly double bombing that took place in Jerusalem at the end of November. Captured militants and handlers have been in questioning already for several weeks.

There is always much to be in prayer for, and we ask that you intercede on behalf of Israel and Hope for Israel this coming month.

PLEASE JOIN US IN PRAYING FOR:

Israeli Government
Netanyahu announced the third week of December that he has successfully formed a coalition government. While on the one hand this is a positive development, hopefully leading to more political stability in the country, many Israelis are concerned about religious right-wing extremism in the government, and December has been filled with fierce debate, not just between politicians, but also between Israelis, with some of the most central issues being judicial reform, the status of Judea and Samaria, minority rights, and amendments to the Law of Return. While there is certainly reason for concern, it is yet to be seen how many new laws will actually go into effect, and how they would impact day-to-day life.

Please continue to pray for:

Israel's Security
Throughout the month of December, the IDF in conjunction with police and Shin Bet have conducted numerous raids on the homes of known or suspected terrorists in Judea and Samaria, making several arrests and confiscating illegal firearms.

As far-right parties take control of the Knesset and directorship of operations in the territories, many Israelis are concerned that extremist politicians will incite further violence by their out-spoken support of Israeli sovereignty in Judea and Samaria.

Hamas, the terror organization based in Gaza, remains relatively quiet, but as always, this could change in a moment.

Israel remains concerned about Iran, who has announced its intent to proceed in enriching uranium to 60%, a clear violation of the 2015 Iran Nuclear Deal. Iran’s growing alliance with Russia is also concerning to Israel.

Israel on the International Stage
Israel’s controversial new government has led some of its allies including the US to publicly question the wisdom of Netanyahu’s alliances and even to state that that they would be unwilling to work directly with the more extreme new ministers such as Smotrich and Ben Gvir. While the advisability of appointing these right-wing firebrands to positions of power is arguable, the reality is that it is an internal Israeli issue. Additionally, it is critical to present a united front to Israel’s enemies, both those who attack at the UN and those who foster terror networks, especially at a time when Israel is still facing a possible criminal investigation at the Hague.

Rainy Season
Israel’s rains seem to have started in earnest over Hannukah with heavy storms across central and northern Israel and snowfall on Mt. Hermon. This is good news for the Land, which needs rain! But it also poses seasonal hazards that Israel is never ready for.

Safety for those travelling in the desert in the coming months.

We continue to prayerfully seek the Lord’s wisdom and guidance to implement a renewed vision. Please join us in praying for:

Moran:
Moran enjoyed some time off with his family last month during the Hanukkah vacation. This month, he will welcome some tour groups to Israel! He will continue writing his weekly commentaries on the Scripture portions, as well as prepare for the HFI Experience Israel tour that arrives next month. He is overseeing some staff transitions in the Jerusalem office this month, as well as in the tour operation. Please pray for:

Threefold Vision for Empowering the Future Generation of Believers

NerYah Youth Group:
The weekly meetings continue to see many youth from all over the Jerusalem area! As the year progresses, the leaders are encouraged by the deeper connection that they are building with the youth. Thank you for your prayers!

Believing Soldiers:
We recently had a successful and encouraging soldiers meeting, which many soldiers from all over the Jerusalem area attended. This helped give our staff direction on how best to support soldiers over the coming months and was a good opportunity to connect with and hear from the soldiers directly.

Post-Military & University Students:
One of the services offered to released soldiers is personal counseling and career advice, and we recently had a successful meeting with a released soldier. We are thankful for the success of this project! In addition, we received this month a very encouraging testimony from a doctoral student thanking Moran and all the Hope for Israel Today staff for their support, both financial and emotional/spiritual.

Our new project matching university students receiving financial aid from the ministry to high school students who need tutoring is largely going well! We are excited for this new project and its potential to benefit Israeli youth and strengthen ties between different age groups of young Israeli believers.

HFI Media Projects
Our various media projects keep people connected to HFI and help educate people about Israel's spiritual and historical significance. In a day and age where many people oppose Israel, we see advocating for both Israel and what the Word of God says about Israel as top priorities. Please pray for:

Tours
One of the main objectives of our tour operation is to cover ministry overhead, so that a higher percentage of donations can go to projects. Please pray for:

Ministry Finances
God has been so faithful in providing for the ministry's operating and project costs! We ask that you pray that He will continue to do so, and that we will be able to bless more Israelis than ever!

In His Service,
The Hope for Israel Prayer Team