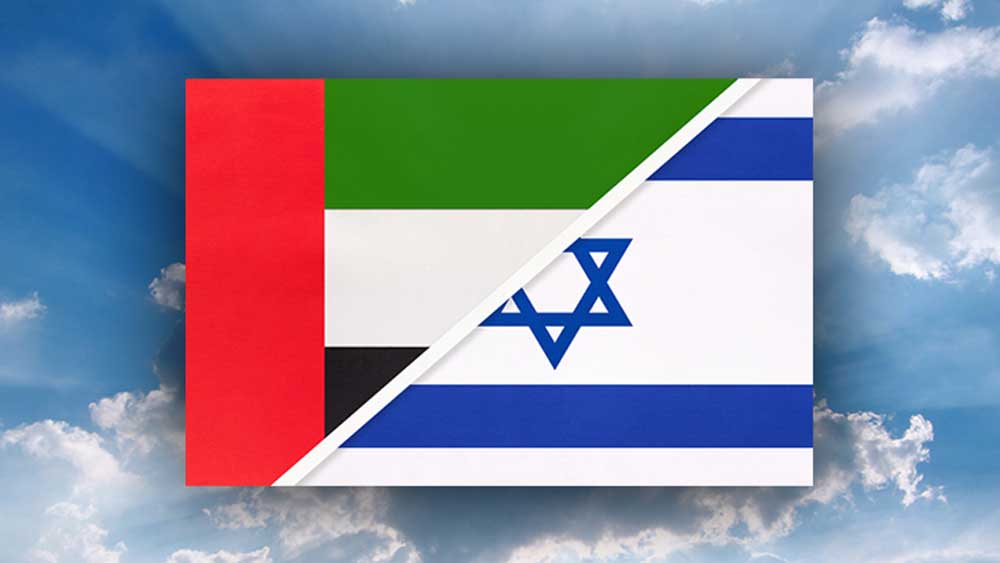 The recent announcement of the peace agreement between Israel and the United Arab Emirates (UAE) sent shockwaves through the Middle East. Most people throughout the world were shocked, either pleasantly or otherwise, when news broke of the historic deal. An agreement of this magnitude has happened only twice since Israel's rebirth in 1948 — first, in 1979 when Israel made peace with Egypt, and again in 1994 when Israel made peace with Jordan.

What can we make of this historic moment? There is no shortage of analyses on the subject, and they range from optimistic and joyful to pessimistic and downright suspicious.  At the risk of sounding suspicious and pessimistic, it would seem this deal was birthed more out of necessity than desire on the part of the Emiratis. Iran is gaining more traction in the Middle East, and there are a few powerful Arab countries recognizing the threat that Iran poses to the region. In my opinion, this peace deal could be summed up in the ancient proverb, “The enemy of my enemy is my friend,” or in this case, ally.

It’s no secret that historically the Arab world has opposed Israel's existence on the basis of ideological and religious differences. However, more and more leaders of Arab nations increasingly understand - and respect — Israel’s position of power in the Middle East, especially because Israel is one of the only Middle Eastern countries capable of engaging Iran in war, if necessary. There is hope that the peace deal between Israel and the UAE will potentially weaken Iran's grip on the Middle East, especially because Israel will now have an ally, and therefore a presence, in the Persian Gulf region.

However, the UAE was not only persuaded to pursue peace with Israel because of Iran. It was recently reported that in exchange for a deal with Israel, the USA would sell F-35 fighters and advanced drones to the Emiratis, which will undoubtedly push them up the ranks of military strength in the Gulf region. While this could pose a problem for Israel, as it could undermine Israel's military supremacy in the Middle East, it is a risk that the Israeli leadership was willing to take in exchange for the benefits of such a deal.

And there are numerous positive aspects of the agreement that will mutually benefit Israel and the UAE. First and foremost, the economic opportunities that will open up for both countries are endless. Strangely enough, this peace deal has also been influenced by the Coronavirus. While secret talks have been occurring between Israel and the UAE since June 2019, the dire economic situation brought on by the pandemic has strapped both countries financially. The Coronavirus has devastated oil revenues in the UAE especially, and both Israel and the UAE have lost millions in tourism revenue; this was as a prime opportunity to strengthen economic ties, security cooperation, and technology sharing between the two countries. In a sense, the pandemic acted as a catalyst for the two countries to take the plunge at making a deal.

Not only will Israeli businesses, technology, and military cooperation be warmly welcomed in the UAE, but also Israelis themselves will finally be able to travel to the UAE, and vice versa. Until now, neither Israelis nor Emiratis have been allowed entrance to the other's country; the truth is, however, that there are many cites of mutual interest to both peoples in both countries. For example, the Al-Aqsa Mosque in Jerusalem is the third holiest site in Islam, and many Emiratis would be delighted to make a pilgrimage there. Then there is Dubai, which has been dubbed “the Vegas of the Middle East”. Israelis are very excited at the prospect of finally being able to visit this incredible city; in fact, many Israelis are already booking vacations in Dubai. The tourism potential is enormous!

Perhaps the greatest advantage of this peace agreement for Israel is the hope that this will push peace with other Arab countries. Bahrain and Oman have already suggested that they, too, would be open to pursuing peace with Israel, as has Morocco. The greatest ally in the Middle East that Israel could hope for, however, is Saudi Arabia. While relations have been warming between the two countries for many of the same reasons, the greatest source of cooperation would be uniting to stop Iran.

It is important to keep a watchful eye on these developments in the Middle East, especially in light of what is written in the Scriptures. While we cannot necessarily connect every political occurrence to prophecy, we can say with certainty that the Lord will fulfill His Word in both the natural and supernatural. The prophet Isaiah prophesied about Egypt and Assyria in Isaiah 19:23–5 (TLV):

“Blessed is Egypt My people, and Assyria My handiwork, and Israel My inheritance.”

Could it be that we are witnessing the beginnings of this prophecy being fulfilled through the developments in the Middle East today? I believe it is possible. While we cannot know for certain how exactly the Lord will bring about its fulfillment, we can be prayerful about these occurrences and remember that our hope is not found in human solutions, but in Him alone.