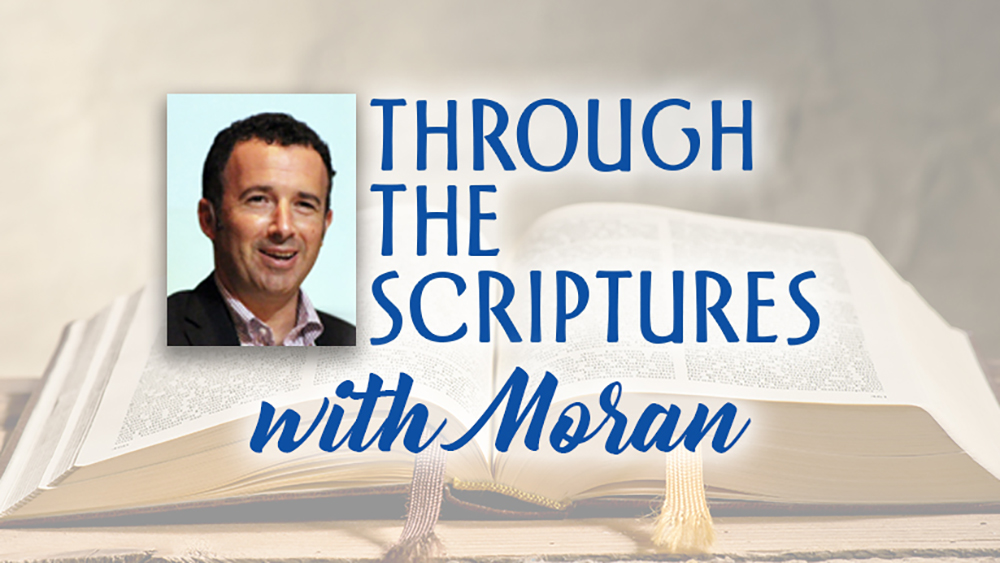 Parashat Mikeitz (From the End)

I titled my last blog, “His Perfect Plan”, which focused on the reason I believe the story of Judah and Tamar appears in the middle of Joseph’s story. I wrote that I believe the reason for this is to emphasize the importance of God’s sovereign will, and the fact that it cannot be thwarted. God’s plan was for Messiah to fulfill two roles, of which Joseph and King David were very important forerunners (Messiah Son of Joseph, Messiah Son of David). King David was a direct descendant of Perez, who was the son of Judah, from which the Redeemer was prophesied to come. Isn’t it amazing to see God’s plan come to fruition, even in ways that we cannot possibly foresee?

In our portion this week, we find three very important verses that I believe put an even stronger emphasis on God’s perfect plan:

When Joseph saw his brothers he recognized them, but he made himself as a stranger to them and spoke to them harshly. And he said to them, “Where have you come from?” And they said, “From the land of Canaan, to buy food.” But Joseph had recognized his brothers, although they did not recognize him. And Joseph remembered the dreams which he had about them, and said to them, “You are spies; you have come to look at the undefended parts of our land.”

Joseph’s brothers came down to Egypt for food, and when they came to Joseph, he made himself as a stranger (non-Israelite) to them. Scripture says that Joseph spoke harshly to them, and as I was reflecting upon this, I was trying to imagine the emotions that Joseph must have felt when he saw his brothers. Was there anger and bitterness at that point? Were there hard feelings, un-forgiveness, or a desire for revenge, all which would be natural feelings for one in Joseph’s shoes?

But then comes a crucial point, at which Joseph remembered the dream he had years before, about his brothers. It was the dream about them bowing down to him:

And he said to them, “Please listen to this dream which I have had; for behold, we were binding sheaves in the field, and lo, my sheaf rose up and also stood erect; and behold, your sheaves gathered around and bowed down to my sheaf.” Then his brothers said to him, “Are you actually going to reign over us? Or are you really going to rule over us?” So they hated him even more for his dreams and for his words. Now he had still another dream, and related it to his brothers, and said, “Lo, I have had still another dream; and behold, the sun and the moon and eleven stars were bowing down to me.”

I believe that God reminded Joseph not just of the dream that he had, but also reaffirmed to Joseph that He was in control, and that He had a plan! God’s amazing and perfect plan was to bring life and redemption to Jacob (Israel) and his family, which would ultimately lead to the children of Israel’s redemption from the hand of the Egyptians, which came about 60 plus years later.

And I will pour out on the house of David and on the inhabitants of Jerusalem, the Spirit of grace and of supplication, so that they will look on Me whom they have pierced; and they will mourn for Him, as one mourns for an only son, and they will weep bitterly over Him, like the bitter weeping over a first-born.

I would like to close with one more point from this week’s Torah portion, which is a challenge for us, followers of Messiah:

And Pharaoh said to Joseph, “I have had a dream, but no one can interpret it; and I have heard it said about you, that when you hear a dream you can interpret it.” Joseph then answered Pharaoh, saying, “It is not in me; God will give Pharaoh a favorable answer.”

A more accurate way to translate verse 15 from the Hebrew is:
And Joseph replied to Pharaoh to say, “Without me, God will answer the peace of Pharaoh.”
Joseph made it clear to Pharaoh that it was not his ability to interpret the dream, but rather God’s ability, which would bring peace back to Pharaoh.

My dear brothers and sisters, if you are in Messiah, you are a new creation, which means it is not about you, but all about Him. That knowledge ought to give you the power to forgive and forget, as well as to walk by faith, trusting that He who began a good work in you, will bring it to completion in Messiah Yeshua. (Philippians 1:6)

Parashat Vayeishev (And He Dwelt)

This week’s reading brings us to some very rich and important passages; we learn of the story of Joseph, and the deep connection between Joseph’s story and Messiah Yeshua’s story. We also learn of the roots of the terms “Messiah Son of Joseph” and “Messiah Son of David” which are key concepts to understanding the two eras of Messiah in Jewish thought (Messiah the suffering servant, and Messiah the King). If you want to read more about this topic please read my blog from last year on this portion Parashat Vayeishev (And he dwelt). As a quick summary, I previously wrote on a few key elements that Joseph and Messiah Yeshua share in common such as the Father’s love, the jealousy of the brothers, prophetic truth, the plot to kill Joseph, the woolen coat, being betrayed for money, and the empty pit.

However, as I was reading the portion again, I noticed that sandwiched in between Genesis 37 and 39-40, which are devoted to the account of Joseph, is Genesis 38, which is devoted to a completely different story. This is not just any story, but rather a story that on the surface is full of ungodliness, lies, immorality, etc. I have to admit that for the first time, I had to stop and think about why this account is included here, in the middle of Joseph’s story, which is so clearly about God’s incredible plan of redemption.

While I encourage you to read the entire portion by yourself, let me remind you of the account we read in Genesis 38. Judah breaks away from his brothers, marries a Canaanite woman, and has children with her. Judah then takes a wife for his firstborn (Er) named Tamar. The LORD puts Er to death and leaves Tamar both a widow and childless. According to law, Judah’s second son, Onan, is supposed to marry Tamar and have children with her. Onan refuses to do so, does evil before the LORD, and dies. Since Shelah (Judah’s third son) is too young, Judah tells Tamar to go away to her father’s house, and wait until he grows up so that he can marry her.

In short, Tamar does not marry Shelah, and after Judah’s wife dies, the scripture tells us that he was traveling on the road, sees Tamar, and since she covered her face, he thinks she is a harlot and has relations with her, not knowing that she is Tamar. She becomes pregnant, and when Judah hears about it, he commands her to be burned. However, she was smart and took from him his signet, cloak, and staff, as protection from being accused by Judah. Tamar proves to him that it was he who had relations with her, to which Judah has to admit. As a result, Tamar ends up giving birth to two sons, Perez and Zerah.

So what do we make of this? In this story, we find evidence of God’s truly amazing grace and His sovereign plan. Both His grace and sovereignty were evidenced to Tamar; He had a specific plan to continue the genealogy of Judah in a very specific way. Judah tried to do it in his own power through his own agenda. However, God did not accept it, and chose a different way! It was through Perez that the line of Messiah continued all the way to Joseph, the husband of Miriam, who was the mother of Yeshua our Messiah.

I believe that this story appears in the middle of Joseph’s story to emphasize the importance of God’s sovereign will, and the fact that it cannot be thwarted. God’s plan was for Messiah to fulfill two roles, of which Joseph and King David were very important forerunners (Messiah Son of Joseph, Messiah Son of David). King David was a direct descendant of Perez, who was the son of Judah, from which the Redeemer was prophesied to come. Isn’t it amazing to see God’s plan come to fruition, even in ways that we cannot possibly foresee?

Be encouraged that what He has willed will come to be. Rest in His promises!