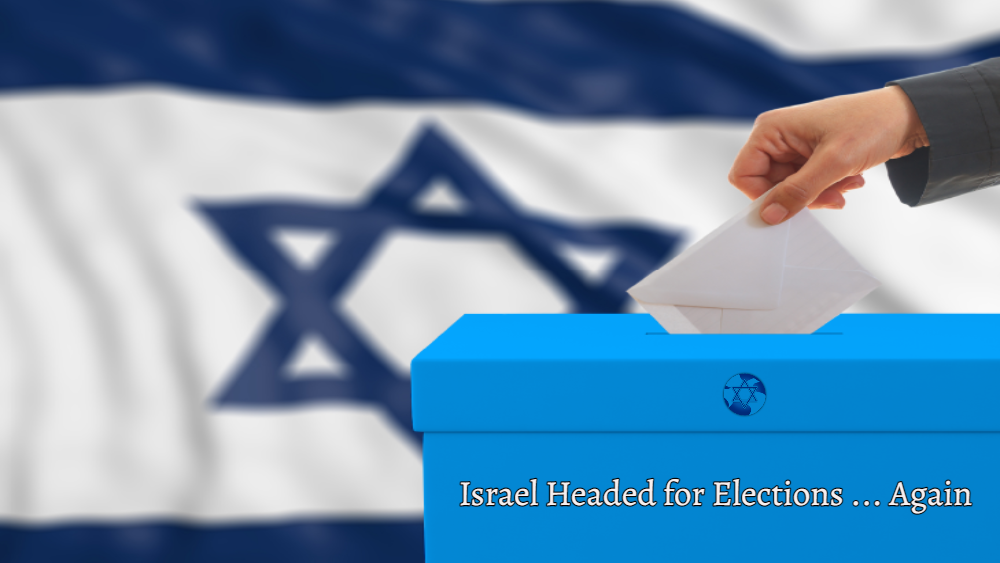 Israel is headed for its fourth elections in two years, and it’s predicted to be the ugliest election Israel has ever known. Jerusalem Post editor-in-chief, Yaakov Katz, has predicted that the next three months will be some of the ugliest in Israel’s history.[i] The country is still reeling from the effects of the Coronavirus pandemic; unemployment stands at record highs; Israel has endured two lockdowns and is heading into a third one; and Israelis are incredibly divided over so many political and social issues.

Many factors have brought Israel to this unfortunate reality. The most obvious reason that Israel will hold fourth elections is that the current Knesset (parliament) was dissolved due to its failure to pass a budget, which itself was the result of intense bickering between the most powerful political parties. By law, new elections must be held in the event that a budget is not passed by the yearly deadline. But this impasse is just the culmination of a tumultuous year of political theater, which has been magnified by the handling — or mishandling — of the Coronavirus pandemic, depending on your point of view.

The vast majority of Israelis have not received news of fourth elections well. The country is in one of the worst economic situations ever in its history, and the failure to pass a budget has further plunged Israel into more economic uncertainty at the end of a year when GDP (gross domestic product) has shrunk by 4.5%, and the jobless rate stands at a whopping 12.1%. Furthermore, elections are estimated to cost the nation millions of shekels, and crucial welfare service programs for the elderly, domestic abuse victims, and at-risk-youth are set to lose 2.5 billion NIS (approx. $780 million) in 2021.

The big question, of course, is who will be the frontrunner in the coming elections. While Prime Minister Netanyahu’s party, Likud, is expected to do well, there is some doubt that Netanyahu can win again. Netanyahu has been the longest-serving Israeli Prime Minister, serving consecutively for almost 12 years, but one of the most contentious issues in this upcoming election will no doubt be his trial. He is facing a slew of corruption charges, including bribery, fraud, and breach of trust. His trial is what many, including his main political rival Benny Gantz’ party, Blue and White, are blaming the failure of the current parliament on. A spokesperson for the party said, “A criminal defendant with three indictments is dragging the country to a fourth round of elections… If there weren’t a trial, there would be a budget and there wouldn’t be elections.”[ii] His trial is set to gain momentum in February, when witnesses will begin testifying against him. This will most likely not bode well for him in elections that are to be held one month later in March 2021.

Another major issue working against Netanyahu is strong competition from other right-wing politicians. Influential politician, Gideon Sa’ar, left Likud to start his own political party, “New Hope”. Sa’ar is a former close ally of Netanyahu, but last year challenged Netanyahu for the top spot in Likud. He lost, but remains a strong contender among many right-leaning voters. Netanyahu's other strong competitor, Naftali Bennett, has gained traction this past year. Bennett leads the right-wing “New Right” party and emerged as a strong advocate for small businesses, which have suffered most in the various Coronavirus shutdowns. According to polls, both Sa’ar and Bennett’s parties could gain as many as 33 seats in parliament, as opposed to the 28 that Netanyahu’s party, Likud, is slated to gain. Partnered with Knesset members from the center, this could be enough to unseat Netanyahu from the premiership.

Meanwhile, Benny Gantz’s political fortunes seem to have disappeared. His party, Blue & White, fractured in April when he decided to strike a deal with Netanyahu, which angered many centrist and left-leaning citizens who had voted for him. Gantz has always maintained he joined a Netanyahu-led government to spare the country another election while the pandemic was ramping up, not because he trusted Netanyahu. Recent polls suggest the party would win only a handful of seats in future elections, leaving centrist and leftist voters lacking serious representation in the government.

Please pray for Israel! The cronyism and corruption that plagues the government from all sides has a serious effect on the daily reality of Israelis. Furthermore, after such a difficult year, Israelis are emotionally, physically, and mentally weary. We are in need of a miracle from the LORD, regardless of what happens politically! Please pray for wisdom for the voters, for unity among us regardless of political affiliation, and for strength to keep pressing on.