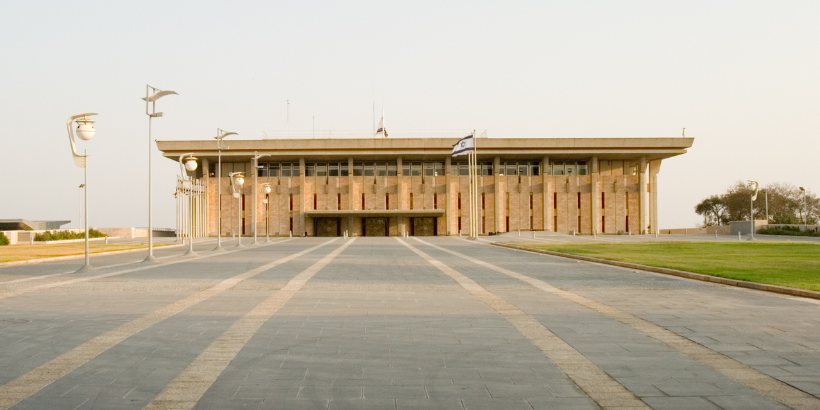 by Hope for Israel Staff Writer

In June of 2021, Naftali Bennet became prime minister in a move that many saw as a desperate attempt to hold onto power. His center-left coalition constituted, in the eyes of his voters, a betrayal of their confidence and their values. Bennet’s tenure as prime minister was rocky: the nature of his unity government prevented him from being able to pass any major legislation. His coalition partner, Yair Lapid succeeded him temporarily in the top job.

On November 1, 2022, Israelis went to the polls again and the results in favor of right-wing parties were overwhelming. Benjamin Netanyahu (Bibi) was reelected prime minister. After a year of deadly terror attacks, this was understandable since the political right always presents a stronger front in terms of internal security. Additionally, I believe that many Israelis just wanted a stable, lasting government, and given Bibi’s track record as a good politician and diplomat, they saw him as the most uniting figure on the ballot, despite the criminal charges still hanging over him.

Through November and into December, Netanyahu and his fellow politicians sat in endless talks over the makeup of the government, and at the end of December Bibi announced that he had succeeded in forming a coalition with a comfortable majority of 64 seats.

Despite this supposedly encouraging news, Israelis are not happy. They are deeply concerned about the coalition set to take power and the policies they will enact while in office. They are concerned about religious freedom, judicial independence, the status of Judea and Samaria, Aliyah laws and minority rights. Their concern and frustration are understandable. Bibi has put together the most extremist right-wing government in Israel’s history.

There’s Aryeh Deri, the head of the Shas haredi (orthodox) party who was awarded the Finance Ministry- even though he has twice been convicted of tax-related corruption charges and served a partial jail sentence. In order to hand Deri the Finance Ministry, it was necessary for the Knesset to push through a law allowing a member of Knesset to take a ministerial post despite a suspended jail sentence.

Then there’s Itamar ben Gvir, the right-wing firebrand famous for being a one-time follower of extremist rabbi Kahane, and for his strong rhetoric against Palestinian terrorists, including promoting the death penalty. Ben Gvir is poised to take of the National Security Ministry with a new extension of authority over the Israeli Police Department.

In addition, numerous controversial remarks by incoming ministers have drawn media attention in recent weeks. One member of Knesset suggested that religious doctors should have the right to deny basic health services to minority patients if the doctor in question feels that it goes against his or her conscience to offer treatment.

But while frustration with the government is justified, Israelis are forgetting that the country has been stuck between elections for 5 years. Governments have come and gone, politicians have risen and fallen, tried and failed to build a lasting coalition. The truth is, if Netanyahu had failed to enter into a coalition agreement with Deri, Ben Gvir and Smotrich, the country would have gone back to the polls – for the sixth time.

Each election cycle costs tens of millions of shekels and holds the government in a paralyzed state of limbo where they cannot make such basic decisions as approving a national budget or fixing potholes in roads.

Looking back at Naftali Bennet’s melting pot of a coalition over a year ago, perhaps his main goal was to get out of the endless cycle of elections. Of course, in Bennet’s case, we already know that the mixture of different interest groups paralyzed his government, and the public quickly lost faith in him as a leader. Bennet’s government did not last.

Similarly, Bibi’s determination to build a government no matter the cost makes him look weak, and his more extreme governmental allies have readily taken advantage of this. It has also turned the public against the new government before they have even officially taken office.

Personally, I see a lot of similarities between Bennet’s failed government and Bibi’s incoming one, despite the massive gap in political alignment between them.

So- Why is it that Israel has been trapped between elections for five years? Why does politician after politician feel that they must sacrifice their own beliefs and the beliefs of their party, and betray the trust of their constituents, on the altar of stability?

It leads one to ask: is there an inherent flaw in the Israeli governmental system?

For context, Israel’s government is a parliamentary democracy- the government is built and given its authority by the Knesset, not by a constitution or a president.

In traditional parliamentary democracies, such as in the United Kingdom and Canada, the individual votes for a regional representative who represents the interests of his or her native state or county at a national level in the parliament. The representatives then choose from their own ranks the member of parliament best suited to be the Prime Minister.

However, although Israel is a parliamentary democracy in that its prime minister is chosen from the ranks of members of Knesset, Israel’s democratic process is also unique. When Israelis vote, they vote for a party, not for an individual, and it is the party who chooses its representatives. The average Israeli has no say in who is representing their party in Knesset.

When a specific party wins an election, it must form agreements with other parties in order to create a plenum majority in the Knesset, which can then authorize the formation of the government. The government then appoints the ministers, who have a high degree of autonomy within their own ministries.

For example: Israeli A votes for the Likud (Netanyahu’s party). The Likud wins the election, but without a plenum majority of seats in the Knesset. So, to form a government, Likud allies itself with several far-right parties in order toattain the necessary majority and build a government. Thus, while voting for the Likud, Israeli A is indirectly giving power to the far-right. The individual’s vote is a far blunter tool in Israel than in many other democracies and allows for little nuance.

This is what happened in the last election cycle. Most of the center (some of whom voted for Likud and some for Lapid or other centrist figures) and right-wing secular Israelis are upset that their vote is being used to forward agendas with which they disagree. Even many modern religious Israelis feel that their vote was not heard. Specifically, these voters are angered by the amount of power being given to religious parties and politicians, as well as the specific people mentioned previously being given positions of power.

As I see it, it is impossible to win in this situation. On the one hand, some of the alliances that Netanyahu is making contradict the values of his party and anger a portion of his voters, but on the other hand he faces plunging the nation into more elections and instability. Either way he will be criticized by much of the country. While I still question Netanyahu’s willingness to put people like Ariyeh Deri in power (especially in the Finance Ministry!), it is also important to understand the complexity of the situation.

Whether or not this controversial coalition will actually bring stability remains to be seen, but assuming that Netanyahu is making these decisions for the sake of Israel’s stability and not for his own political gain, I believe we should give this new government the benefit of the doubt.

In parts two and three I will explore the various ramifications of the current coalition taking power and the new laws that they are trying to pass. I will also look at the Israeli parliamentary democracy system and its flaws.