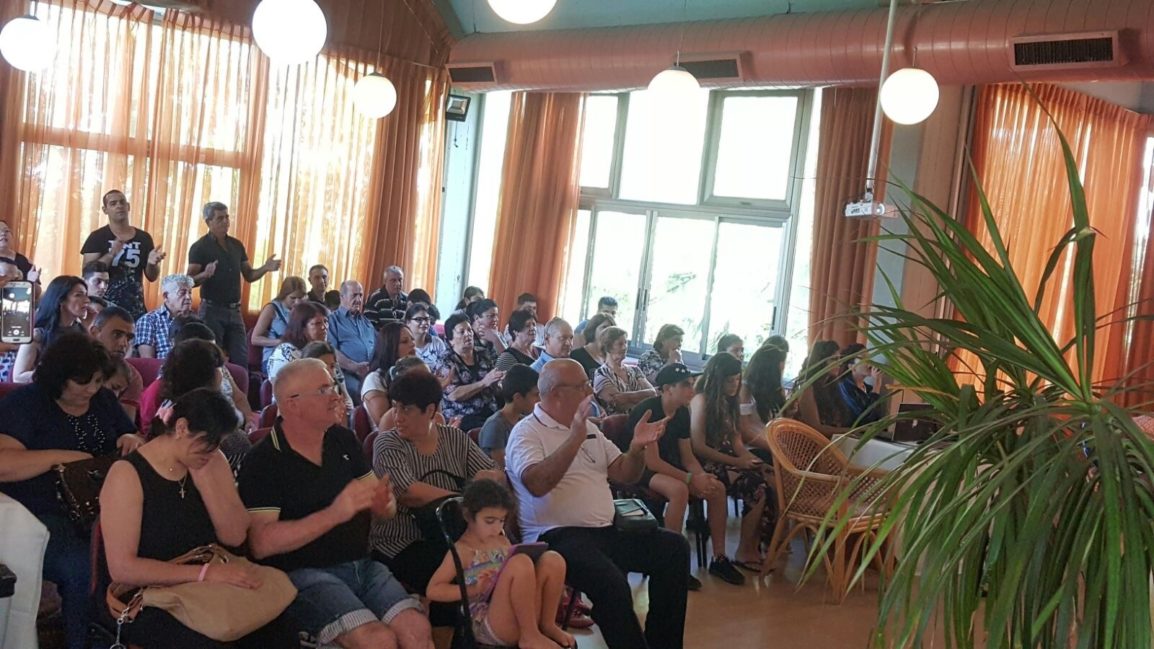 On May 23, 2000, about 6,000 Lebanese crossed the border into Israel, leaving behind their land, their homes, most of their earthly possessions, families and friends. They came to Israel with empty hands. The Lebanese who crossed the border into Israel that day had been friends with the Jewish people for 25 years by defending the northern Israeli border from Hizbullah. They suffered much to defend Israel from her wicked enemies and when Israel finally withdrew from southern Lebanon in 2000, these Lebanese fighters along with their families fled in the face of advancing Hizbullah troops. Unfortunately, most of the Lebanese are living in Israel as refugees below the poverty line, neglected by men but accepted by God who is embracing many of them by revealing his son Yeshua as their personal Lord and Savior.

Upon their arrival, the Lord laid an immediate burden on my heart and my wife’s heart to reach out to those precious Lebanese with the good news. With the help of some friends, we loaded up two vans full with Arabic Bibles, baby food and diapers, and drove up to the Kibbutz in northern Israel where many of them were staying. When we arrived, we noticed they were scared, confused and troubled. They told us later that they had only four hours’ notice to leave everything behind and withdraw into Israel. As the withdrawal took place at nighttime, most of the children crossed the border in their pajamas.

My wife set up her keyboard and started worshipping the Lord. Many of them joined in around her. It was amazing to see those tough ex-soldiers holding songbooks and praising the Savior. For 25 years they had held machine guns and other weapons; now they were holding the only and true weapon, the Bible. We brought them a powerful message from Isaiah 29:17-19, which has a wonderful promise for a revival in Lebanon. Many of them were encouraged, and at the altar call they dedicated their lives to Yeshua.

For seven months we were faithful to visit those new Arab believers at the Kibbutz to disciple and encourage and build them up in the faith and to care for their basic needs. After that, and as the Israeli government offered them rented apartments, many of them decided to live in the northern coastal city of Nahariya. We immediately started a home group at one of their apartments, and, in a few weeks, we outgrew the living room as more and more Lebanese were coming to know Yeshua as their Lord and Savior. We had to move to the garden outside to accommodate all the people, and for three months we had our meetings outdoors. As winter was approaching, we pleaded with God for a larger place to carry on this important ministry. The Lord was faithful and provided a wonderful rented space near the main road of the town which is now the regular meeting place of our Lebanese congregation in Nahariya.

God spoke to me and my wife several times that these precious Lebanese are not in Israel by mistake or coincidence. Our God is a God of order. He brought them here for a reason: to reveal Yeshua to them as their personal Savior, to fill them with his Holy Spirit, and strengthen them in the faith, and, in due time, to send them back to Lebanon to spark a fire of revival in that troubled country. These Lebanese also have a destiny in Israel. He also spoke to us from the Song of Solomon 4:8-9 which says, “Come with me from Lebanon my bride, come with me from Lebanon”. Those people are his special bride, called by Him from Lebanon. He loves them so much. They are very dear to Him.

A wonderful thing often happens at our congregation where local Jews from Nahariya are invited to our meeting by their Lebanese neighbors and discover Yeshua, the Messiah of Israel. Praise God as He is using these born-again Lebanese to provoke the Jews to jealousy and introduce them to their Messiah. The word of God is true. (See Romans 11:11-12). It stirs my heart as a pastor to see these precious Jews worshipping Yeshua side by side with their Arab brethren at our Lebanese congregation. We have seen Hassan, an ex-fanatic Muslim from Lebanon who received Yeshua recently at our congregation, holding the hand of Yakov, a Jew, and praising the Savior together. It is a vivid picture of the new man in the Messiah from Ephesians 2:14.

What a wonderful God we serve! He brought the Lebanese to Israel, provided for them a city of refuge, and revealed to them his son Yeshua as their Savior. What a great reward for their decision to remain a friend of Israel. It is important for this ministry with the Lebanese to continue since it is on God’s heart. I firmly believe that our faithful God will bless spiritually and physically any church or ministry that decides to help support this work to the glory of our Savior.