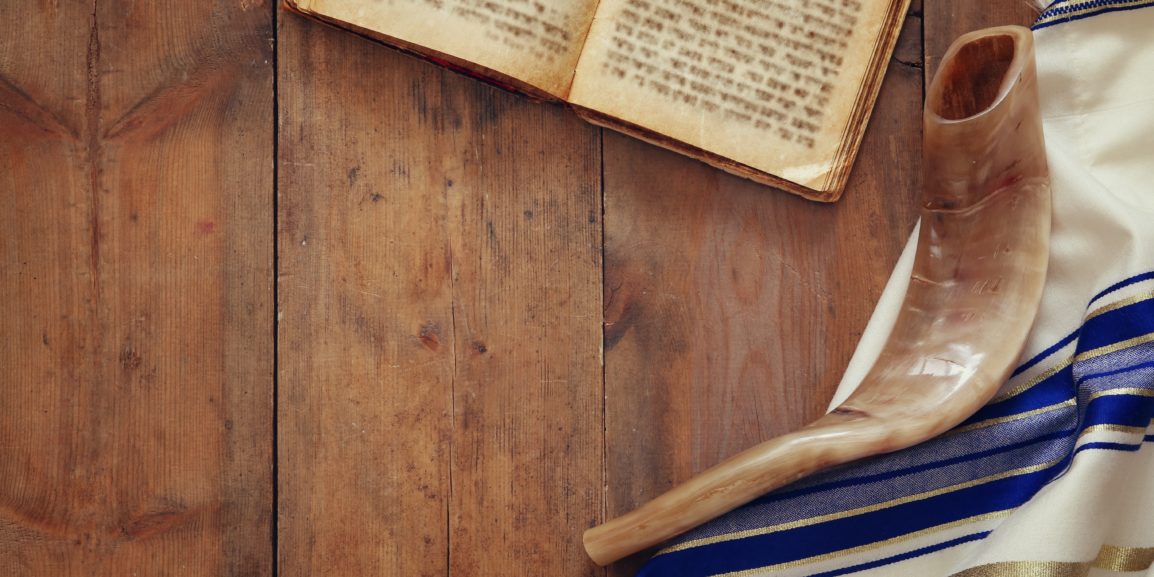 The Lord’s appointed times, or mo’adim (מועדים), are unique commemorative gatherings that He gave to the children of Israel shortly after their exodus from Egypt.¹ Let’s review a few key points regarding the mo’adim from the introductory article, The Lord’s Appointed Times: A Prophetic Timeline of Messiah and His Kingdom:

We first read of the Lord’s appointed times in Leviticus 23:1–2²:

And the Lord spoke to Moses, saying,
“Speak to the children of Israel, and say to them:
‘The feasts of the Lord, which you shall proclaim to be holy convocations,
these are My feasts.’”

It is as if He is giving Israel a “sneak peek” at what His kingdom on earth will look like, and a taste of what is to come in the future.  Further on in the 23ʳᵈ chapter of Leviticus, the Lord mandates a special feast on the first day of the seventh month:

“²⁴Speak to the children of Israel, saying:
‘In the seventh month, on the first day of the month, you
shall have a Sabbath-rest, a memorial of blowing of trumpets,
a holy convocation. ²⁵You shall do no customary work on it;
and you shall offer an offering made by fire to the Lord.’”

There are five key aspects of this appointed time that I want to briefly highlight:

While this appointed time has become popularly known as “Rosh Hashanah”, its original biblical name is mandated in Numbers 29:1 as “Yom Teru’ah”, which many today refer to as the “Feast of Trumpets”:

“And in the seventh month, on the first day of the month,
you shall have a holy convocation.  You shall do no customary
work.  For you it is a day of blowing the trumpets.”

It is definitely worthwhile to explore the word “teru’ah” (תרועה) a bit.  By definition, it comes from a root word, which means “rejoicing, a loud joyful sound.”  It does not indicate a dour, solemn occasion.  In fact, it is just the opposite, as we see beautifully illustrated in Nehemiah 8.  After more than 70 years of being unable to observe the feasts because of the Babylonian captivity, the returning exiles were instructed to rejoice in spite of the hardships they’d just endured!  The second part of Nehemiah 8:9 states, “ ‘This day is holy to the Lord your God; do not mourn nor weep.’ For all the people wept, when they heard the words of the [Torah].”

So, it turns out that the Feast of Trumpets (Yom Teru’ah) is meant to be a joyful, loud occasion.  What, then, is the significance of blowing the shofar?  In Scripture, there are three primary reasons the shofar is blown:

Putting together all these pieces of the puzzle leads us to conclude that the Feast of Trumpets (Yom Teru’ah) is a joyful reminder to us of something so important that the Almighty mandated we celebrate it for an entire day every year!  May I suggest that on Yom Teru’ah, we are to be joyfully reminded of the soon and coming King, Messiah Yeshua?  This is a day in which we devote ourselves to remember His promise to establish His eternal kingdom and to usher in His reign of everlasting peace!

Yet, it is also a day for us to examine our lives, reminding us of the importance of readying ourselves for His return.  While we should not be so concerned with the exact day or hour of His coming (Matthew 10:13), we should be concerned with its certainty…it will happen!  And if His return is inevitable, then what are we doing to make ourselves ready to receive our bridegroom?

Yeshua clearly warned us of the need to prepare for His return in the parable of the 10 Virgins (Matthew 25:1-13).  To summarize the parable, there are 10 virgins³ who took their lamps and went out to meet the bridegroom.  Five of the virgins were wise (those who brought extra oil for their lamps), and five were foolish (they did not bring extra oil).  They ended up falling asleep while waiting for the bridegroom, as he was delayed.  At midnight, they were awakened by a loud cry announcing the bridegroom’s arrival.  Sadly, the lamps of the five foolish virgins went out because their oil had burned off.  Because of having to leave to buy more oil, they missed the bridegroom, and the door was shut to the wedding feast before they could enter in.

The tragedy of this parable is that the five foolish virgins could have avoided being shut out from the wedding feast if only they had been more prudent to ensure they were ready!  If we understand the 10 virgins to represent the Body of Messiah as a whole, then it seems clear there will be those believers who will not participate in the final wedding feast of the Lamb.

Yeshua has given us a clear warning: BE READY!  How do we ready ourselves for His return?  It is ultimately about being led by the Holy Spirit (represented by the oil in the parable) each day while we await His coming!  It is about laying down our lives for Him every single day, and abiding in Him so completely that we cannot imagine a day without talking with Him (prayer), knowing His word (reading Scripture), and obeying all that He has commanded us.

The Lord is very fair and merciful!  He has given us a regular reminder in His holy feast of Yom Teru’ah of the coming of Messiah. As we observe this Yom Teru’ah, let us joyfully anticipate His return, while reminding ourselves of the importance of being ready to receive our bridegroom.  It is not enough to know Him!  It is everything to love Him, surrender to Him, and live each day as a living sacrifice for Him.  This is our extra “oil” that will ready us to receive our Lord!

¹ The words appointed times, mo’adim, and feasts are used interchangeably throughout the article.
²  All Scripture is quoted from the Hebrew-English Bible, published by the Bible Society in Israel.
³ Recall that in Scripture, and in God’s economy as a whole, numbers are very significant.  The 10 virgins represent the Body of Messiah; the number 10 represents completeness. The number 5 represents incompleteness, as it is only part of 10.  This is taken from the book “יסודות האמונה”, recently published by Hope for Israel and Pdut Ministries, and is available by contacting Hope for Israel ministries.