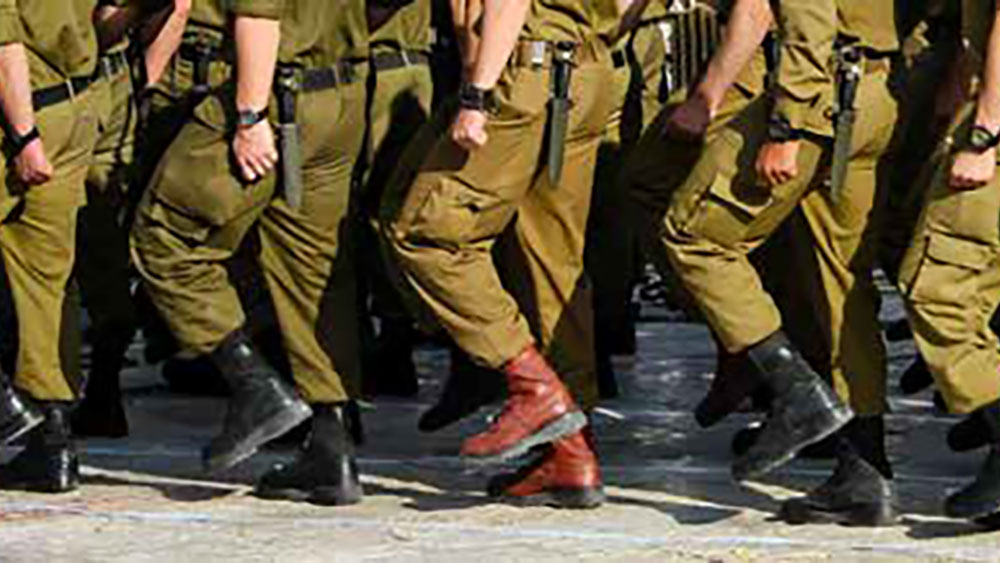 THE RHYTHM OF OUR STOMPING BOOTS WAS OFF BEAT. “One, two, one, two” I whispered, unsuccessfully attempting to steady the cadence of the 43 other soldiers marching in front of and behind me. Positioned in two parallel lines, we descended down a set of uneven cement steps towards a moonlit basketball court. A uniformed figure with her hands tucked behind her back, M-16 strapped tight to her side and eyes glaring in our direction, stood waiting. It was our third day of basic training in the Israeli Defense Forces (IDF) and we were meeting our disciplinary sergeant. She orders us to arrange into a new formation, declaring “end of time” less than a minute later.

Unsuccessful in obeying her command, we quickly understand that her small stature and young face were no accurate tell of her authority over us. We drop to the rough concrete to do pushups, scramble to reform into two lines, and the cycle repeats. For hours. By the end of the night, our arms were shakier than our breathing. Organizing our battalion — 44 immigrants from 17 different countries — into a symmetrical formation was no simple task, especially when we all spoke the only common language between us, Hebrew, at a very basic level. We were all considered “lone soldiers,” or immigrants who had moved to Israel without our families to serve in the Israeli Military. 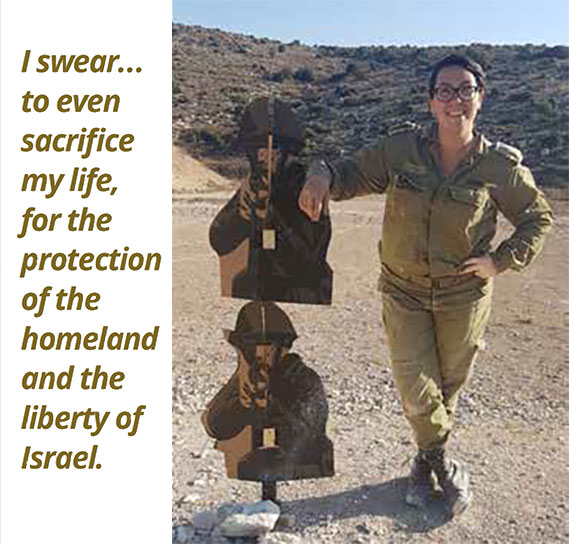 We repeated: “I swear… to even sacrifice my life, for the protection of the homeland and the liberty of Israel.” With those words, I committed to serving the very apple of G-d’s eye and the living proof of His unconditional faithfulness to the Jewish people. The voices of the crowd joined together with those of the soldiers to sing the national anthem of Israel, HaTikvah (“The Hope”). My heart filled with both sadness and pride as I thought back in time just 70 years. Those before us, including my great grandmother, grasped on to this “hope” of a homeland while singing almost the exact same anthem in the Holocaust death camps. Now, her great-granddaughter had the honor of protecting what didn’t even exist back then.

It was at that particular moment I realized my life was no longer my own. It didn’t matter that I was five years older than my commanders, had already graduated university, or that everything I ever held dear was over 6,400 miles away. The daily challenges of learning a new language, adapting to the middle-eastern culture and living on a tight budget were only the tip of the iceberg of obstacles. However, these difficulties couldn’t be the focus. We all knew we were part of a greater mission.

Six weeks later, we no longer marched off beat. Parading in unison with fists clenched against our sides, our regal entrance commenced the swearing-in ceremonies of basic training. “Forward Face!” My glance traveled from the Israeli flag waving majestically over center stage to the beaming grins of my fellow lone soldiers. We did it. We had reached the first milestone during our army service.

While reflecting on my service, I ask myself “what kept me going?” What kept my eyes open during the exhausting guard duty shifts after full days of training? What kept my blistered feet walking during long marches with heavy equipment? What kept my heart calm through the endless rocket sirens and bomb shelter runs while serving as an officer less than ten miles from Gaza?

I began to realize that I was playing an active role in continuing the story of a nation that began with entrance into the Promised Land thousands of years ago. The torch that was lit with Moses and Joshua was handed off to modern-day leaders such as Eleazar Ben Yehuda and David Ben Gurion, and now it has been passed to Jews throughout the world. I am one of 5,500 currently active lone soldiers from the nations around the world who willingly leave families, friends, and all with which we are familiar, being deeply committed to serve as watchmen on the walls of our homeland. I am both humbled and grateful to have served in the army that watches over this nation, held even now in the palm of G-d’s protective and mighty hand.