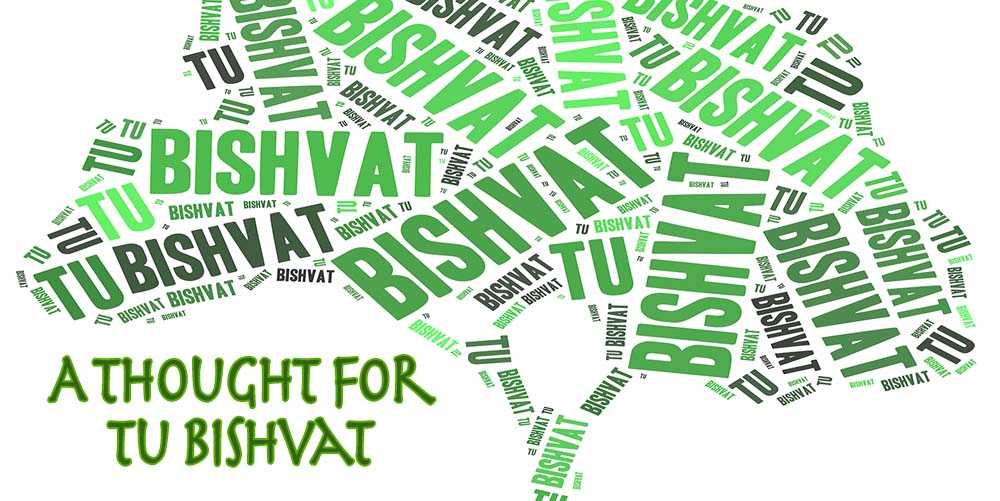 This week in Israel, we celebrate Tu Bishvat, a Jewish holiday that has its origins as the 4th of 4 new years that occur each year according to Jewish tradition—Tu Bishvat focuses on the new year of trees. Trees may not often be the first thing that comes to mind when a person thinks of Israel, but actually, trees are among the most distinctive features of Israel’s landscape today. Take date palms for instance…

You can’t drive more than 15 minutes in the Judean Desert (among the driest places in all of Israel) without seeing a bunch of date palms. In fact, somewhere around 65%–75% of the world’s Medjoul Dates are grown in Israel!

Date palms aren’t the only trees to be seen in Israel though. I love to go for walks around Jerusalem just to enjoy the great variety of trees. In my neighborhood alone, I enjoy lemons, dates, figs, almonds, oranges, and a variety of other fruits straight off the tree when they are in season. Many of the fruits in the picture below can be seen in abundance even in local urban neighborhoods (like mine) in Israel…

I love the sight of the Olive trees, which also grow in abundance here. And I’m sure that few things compare to the amazing fragrance of cedars and other fragrant trees that grow throughout the land of Israel. 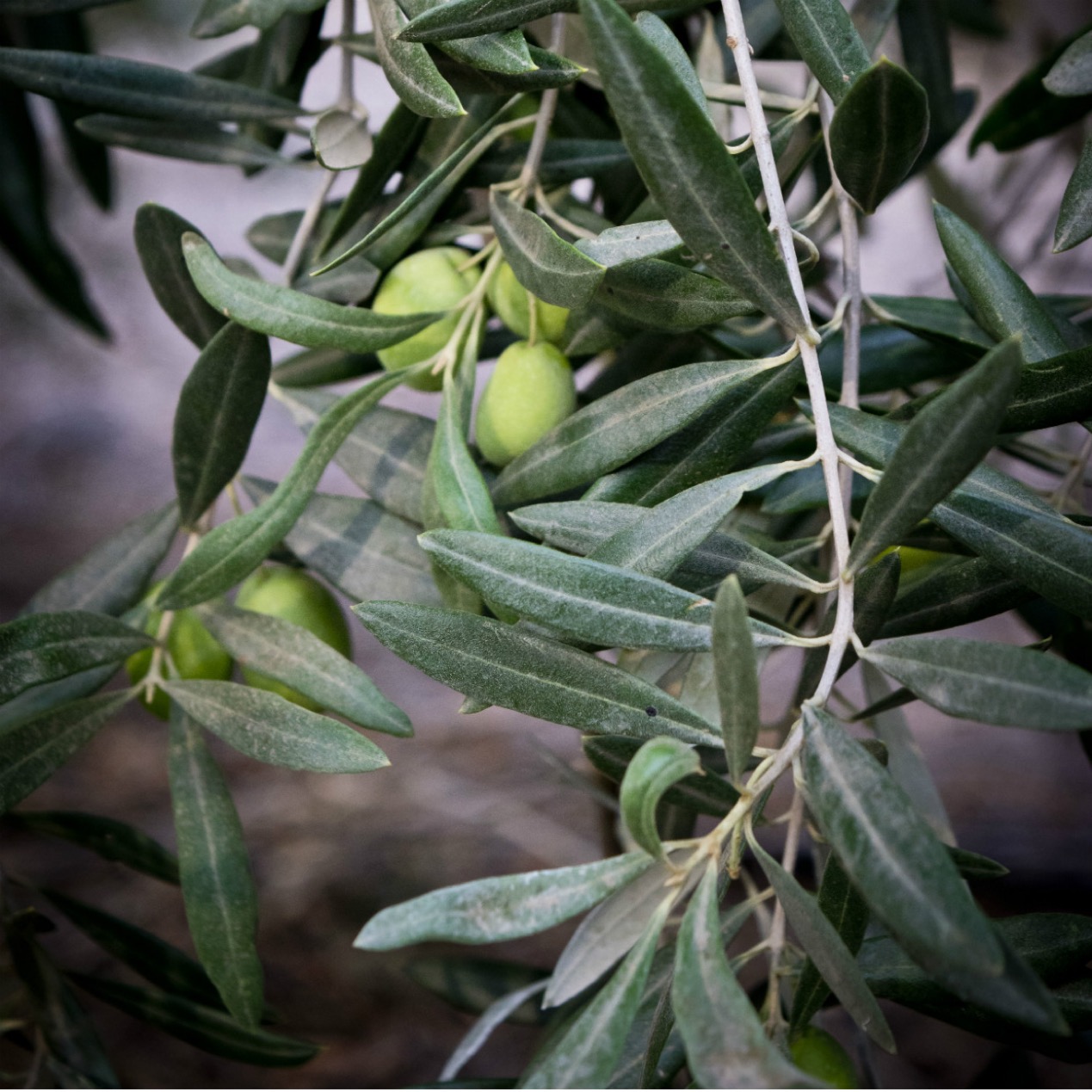 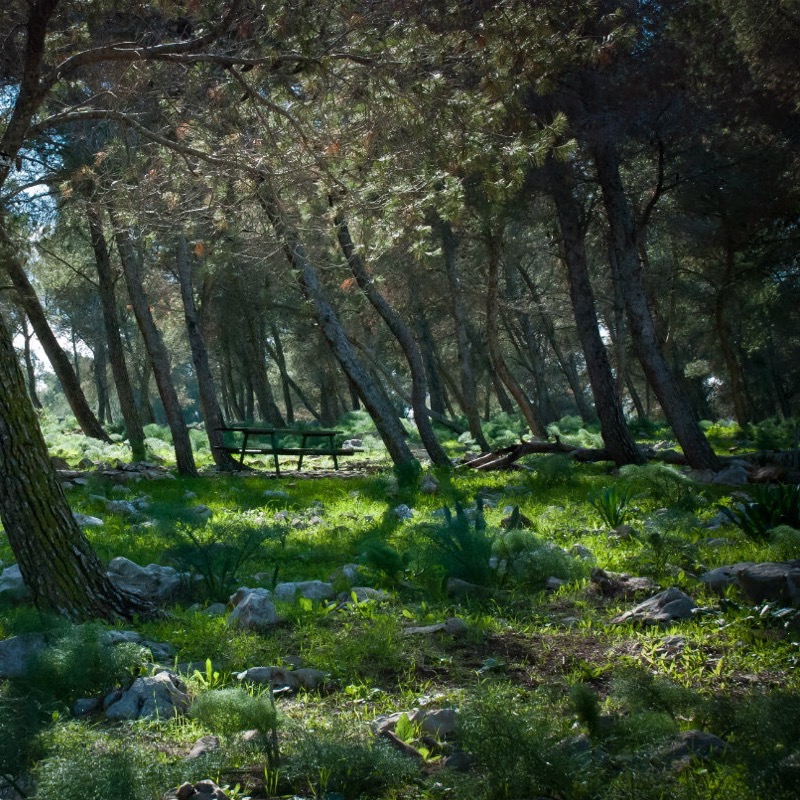 The fact is, Israel is much greener than many might think, especially if you have never been here and perhaps simply lump Israel into the category of “the Middle East”, a place known for its deserts and nomads. Israel does have deserts and nomads as you can see in the pictures below… 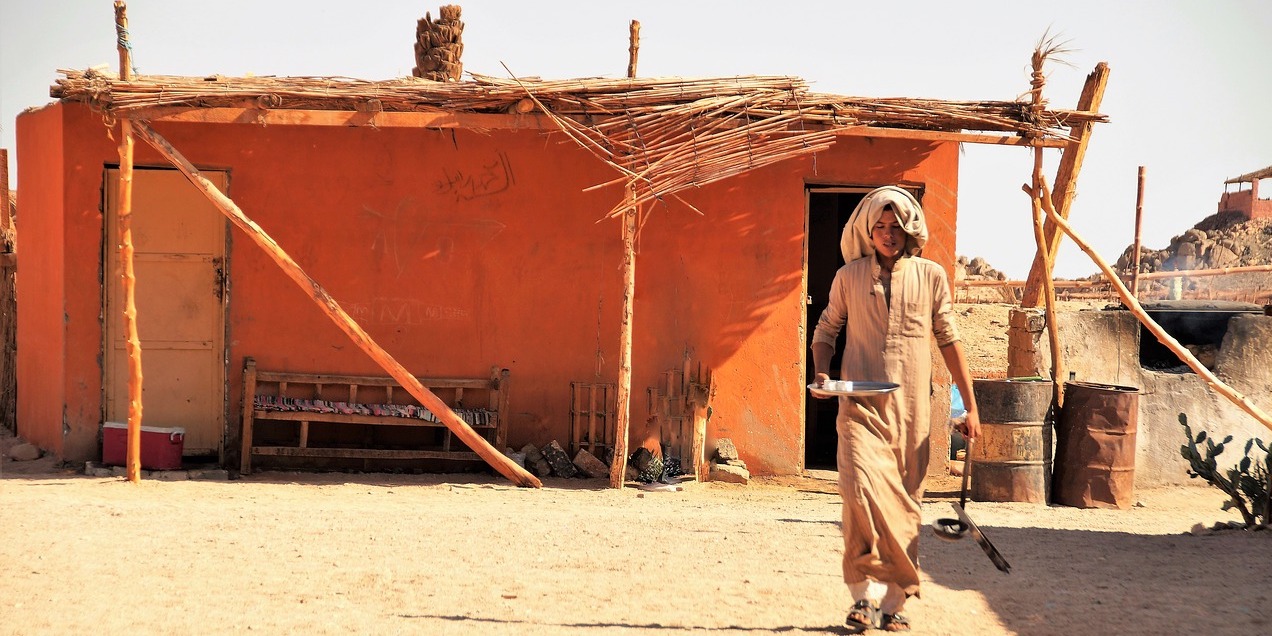 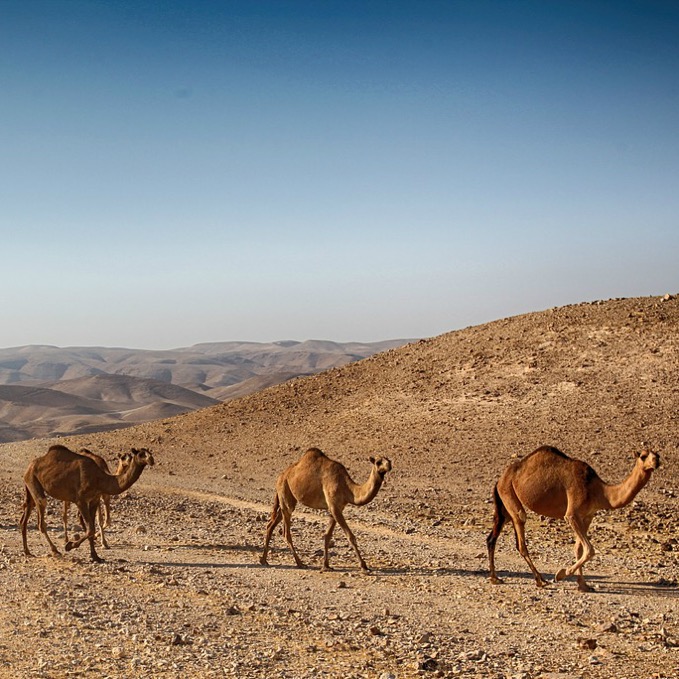 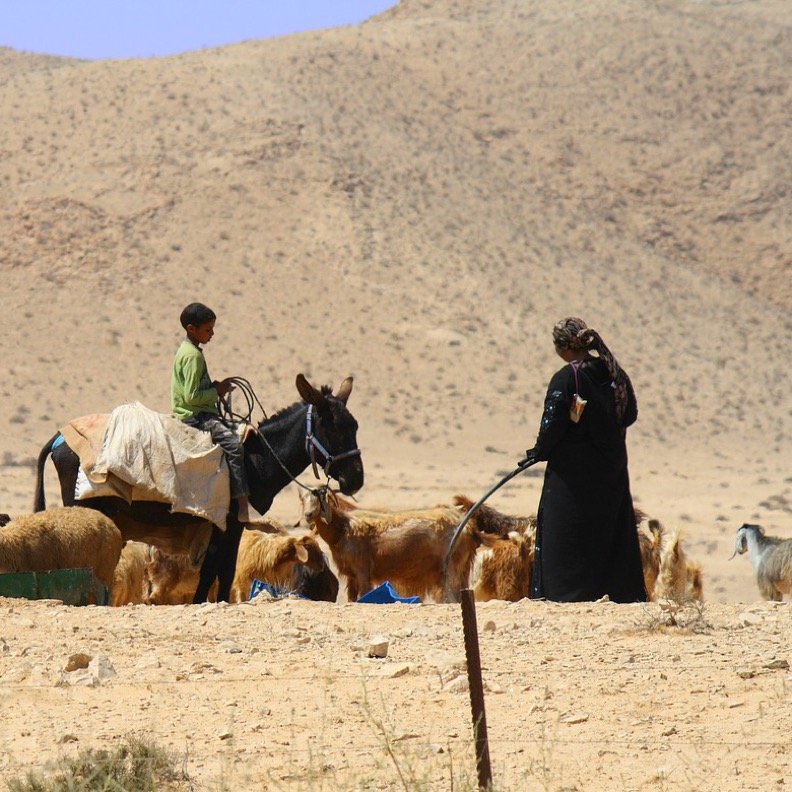 However, most of the people who live in rural areas are typically farmers, who are surrounded by thriving vineyards and orchards and fields in which all kinds of crops are grown. Moreover, most of Israel’s population lives in urban areas such as the Tel Aviv metropolitan area pictured below (which contains nearly half of Israel’s total population).

Did you notice all the trees in the picture above? Even in Israel’s most densely populated areas, trees grow around every corner.

The importance of trees in this land dates back to ancient times. For this reason, we see metaphors in the Bible such as the man of Psalm 1 who is said to be like a tree planted by streams of water whose leaf does not wither. The importance of trees in Israel is also the reason that we are celebrating Tu Bishvat in Israel this week and have been celebrating this “new year” for trees since ancient times.

A little over two years ago, Israel suffered the worst of forest fires. Below is a picture of the firefighting efforts at the time of the fires…

The fires wiped out not only forests, but also more than 10,000 fruit trees! Many fruit growers were devastated, but thanks to the tradition of planting trees on Tu Bishvat, fruit trees were quickly replanted in the affected areas. That doesn’t change the fact that the trees will take years to reach a point where they can produce good fruit again, but at least they’ve been replanted! 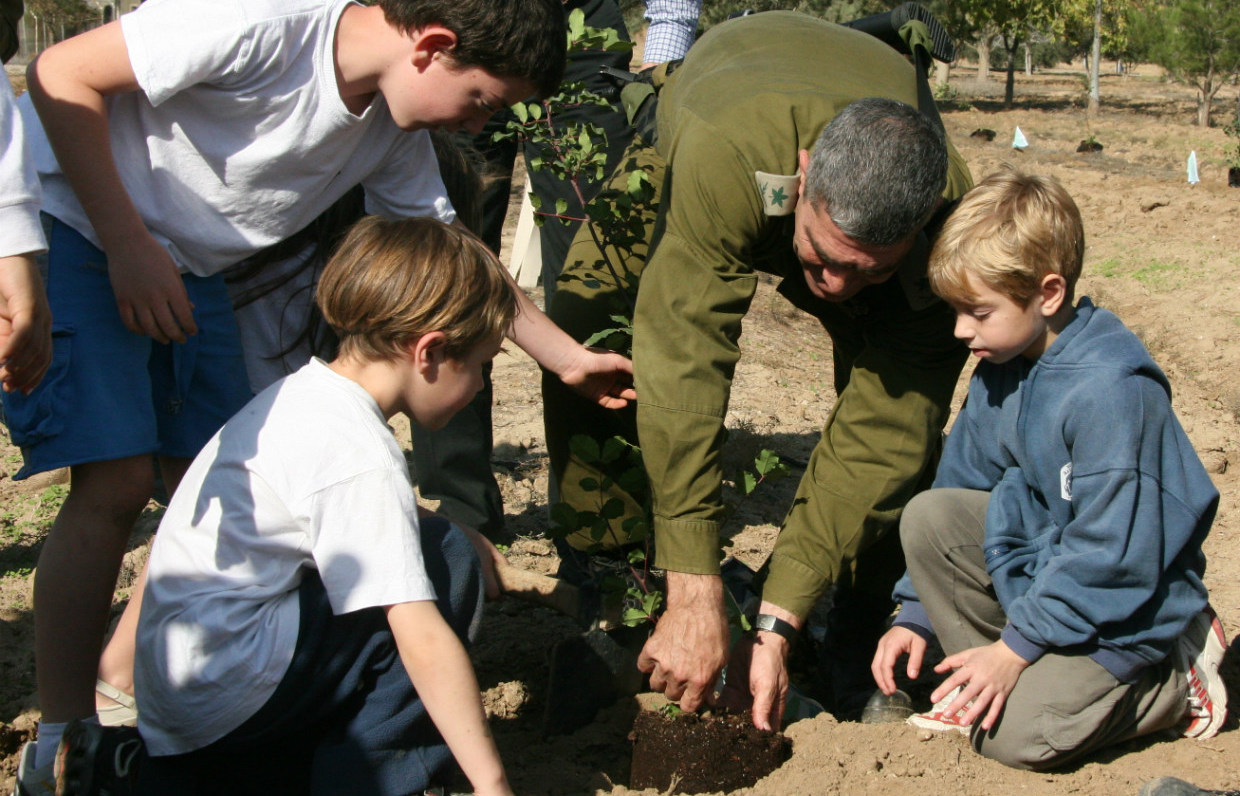 It is estimated that more than 300 million trees have been planted by the Jews in Israel in the past century. Tu Bishvat is the time of the year when Israeli’s make an extra effort to contribute to efforts to plant trees throughout the nation.

A mere 100 years ago, this land laid mostly desolate and barren, inhabited primarily by migrant workers from a number of Middle Eastern countries along with Bedouin and a few small villages. Most of the Arabs who came to the Land, came merely because of the increasing ease with which trade was done in the Mediterranean thanks to technology such as steam power which was eventually replaced by the large ships that move enormous quantities of goods to this day. Until the return of the Jews in the late 1800’s along with the re-establishment of the nation of Israel in 1948, significantly increasing the number of trees in Israel was unheard of.

Not only have millions of fruit trees been planted in this thriving nation in the past many decades, evergreens now cover hills that once lay barren. One of the first surprises that awaits those new to Israel during their drive into Jerusalem is that of the rolling hills that were once devoid of any life, now covered in trees.

Along with the beauty and fragrance of the evergreens, and beyond the abundance of produce provided by Israel’s many fruit trees, a number of trees in Israel stand as guardians against Malaria. One of the realities facing this Land before the return of the Jews was a high number of Malaria carrying mosquitoes that grew in the marshlands. Leave it to the people of Israel to figure out that by draining certain marshes that served as breeding grounds for the mosquitoes, Israel could stamp out the problem of Malaria as a major threat. Eucalyptus trees were planted in marshes such as Israel’s Hula Valley because these trees soak up amazing amounts of water thereby reducing drastically the ability of mosquitoes to reproduce in those areas. The Tel Aviv metropolitan area was also once a barren marshland; but thanks to Eucalyptus trees, it has been turned into a thriving metropolis!

I believe the quickly increasing greenness of this nation, and the thriving Israeli population in areas once rendered unlivable, is God’s way of proving to us that He is already at work to revive the people of Israel and so win the hearts of the Jewish people by His abundant and unceasing love. As we read in Deuteronomy 8:7–9, God is even in our day saying to Israel, “For the Lᴏʀᴅ your God is bringing you into a good land, a land of… fig trees and pomegranates [which come from trees], a land of olive oil [from Olive trees]… a land where you will eat food without scarcity, in which you will not lack anything….” God is working in a way that only He can to bring redemption to the people of Israel and Tu Bishvat is just another opportunity to reminded of His goodness and faithfulness through the ages.