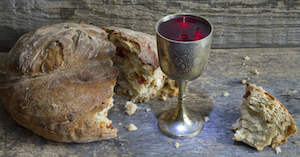 Why the Sacrificial System?

The sacrificial system as seen in the Bible has not been practiced according to the ordinances given by God since the destruction of the Second Temple in 70 A.D. As a result of this practice being almost completely removed from the Jewish culture after the second century, it is oftentimes overlooked and misunderstood by both Jews and Gentiles. However, there is much to gain and learn from the ordinances God gave to the Israelites.

Once the Law was given to Moses on Mount Sinai, the sacrificial system was ordained by God and placed at the very center and heart of Jewish national life. Through the unceasing sacrifice of animals, God was burning into the heart of every man an awareness of their own sin. This was meant to be an age-long picture of the coming sacrifice of Messiah. The sacrifices pointed to Him and they were fulfilled in Him. The entirety of the Old Testament, every book, points to the Great Sacrifice that was to come, the eternal sacrifice given by God to be fulfilled by the Son, Yeshua.

What was the purpose of the sacrificial system and why did it require a blood sacrifice?

“For the life of the flesh is in the blood, and I have give it to you upon the altar to make atonement for your souls; for it is the blood that makes atonement for the soul.” Leviticus 17:11

A “sacrifice,” in its biblical context, is defined as the offering up of something precious for a cause or a reason. The word “atonement” means to cover or satisfy an offense committed, a substitutionary act. Thus, we can understand what God meant when He told Moses that the blood was to make atonement for the soul. In other words, those who are covered by the blood sacrifice are set free from the consequences of sin.

The animal sacrifices from the time of the first covenant only atoned for sin partially and for a short time, hence the need to repeat the sacrifices. Hebrews 9:12-18 confirms the symbolism of blood as life and applies Leviticus 17:11 to the sacrifice of Yeshua.

Not with the blood of goats and calves, but with His own blood He entered the Most Holy Place once for all, having obtained eternal redemption. For if the blood of bulls and goats and the ashes of a heifer, sprinkling the unclean, sanctifies for the purifying of the flesh, how much more shall the blood of Christ, who through the eternal Spirit offered Himself without spot to God, cleanse your conscience from dead works to serve the living God? And for this reason He is the Mediator of the new covenant, by means of death, for the redemption of the transgressions under the first covenant, that those who are called may receive the promise of the eternal inheritance. For where there is a testament, there must also of necessity be the death of the testator. For a testament is in force after men are dead, since it has no power at all while the testator lives. Therefore not even the first covenant was dedicated without blood.

What was the purpose of the sprinkling of blood?

And [Moses] rose early in the morning, and built an altar at the foot of the mountain, and twelve pillars according to the twelve tribes of Israel. Then he sent young men of the children of Israel, who offered burnt offerings and sacrificed peace offering of oxen to the Lord. And Moses took half the blood and put it in basins, and half the blood he sprinkled on the altar. Then he took the Book of the Covenant and read in the hearing of the people. And they said, “All that the Lord has said we will do, and be obedient.” And Moses took the blood, sprinkled it on the people, and said, “This is the blood of the covenant which the Lord has made with you according to all these words.” Exodus 24:4-8

Because blood represents life, as we learned earlier, sprinkling of the blood on the people represented a sealing of the covenant of God with His people. Yeshua spoke of blood during the final Passover meal with His disciples. He said the wine represented His blood that would be poured out for us (Luke 22:20). His blood was the seal of the new covenant extended to all who believe. “In the same manner He also took the cup after supper, saying, ‘This cup is the new covenant in my blood’ (1 Corinthians 11:25). Those who believe in Him step into the new covenant through the blood that was poured out by Yeshua at His death on the cross.

What was the meaning of all the different ritual sacrifices?

We can see many examples where the sprinkling of blood is used in the ceremony of offering animal sacrifices to God. God commanded the nation of Israel to perform numerous sacrifices according to certain procedures prescribed by God. There are many instructions for sacrifices in the Torah (the first five books of the Bible), but Leviticus chapters 1-7 is completely dedicated to the five Levitical offerings. These were the main offerings used in the ritual sacrifices. Each of the sacrifices was uniquely fulfilled in the Messiah and uniquely provided for us a pattern to approach God.

Lev 1:3 ‘Let him offer a male without blemish; he shall offer it of his own free will at the door of the tabernacle of meeting before the Lord.’

The burnt offering was a sacrifice that was completely burnt with no remains and it was not allowed to be eaten. The fire on the altar was to always be burning and never go out (Lev. 6:13). The Israelites were to bring a male animal without blemish (a bull, lamb, goat, pigeon, or turtledove depending on the wealth of the giver) to the door of the tabernacle. Then the one who was offering the sacrifice was to lay his hand on the head of the animal as a testament that this innocent animal was taking on his sin and beseeching God for forgiveness, and then he immediately killed the animal.

Lev 1:4-9 ‘Then he shall put his hand on the head of the burnt offering, and it will be accepted on his behalf to make atonement for him. ‘He shall kill the bull before the LORD; and the priests, Aaron’s sons, shall bring the blood and sprinkle the blood all around on the altar that is by the door of the tabernacle of meeting . . . and the priest shall burn all on the altar as a burnt sacrifice, an offering made by fire, a sweet aroma to the LORD.

The burnt offering was performed to atone for the sins of people against the Lord and was a dedication offering of one’s life before the Lord. It could be given at any time throughout the year. It was a sacrifice of general atonement – an acknowledgment of the sin nature and a request for a renewed relationship with God. God also commanded set times throughout the year for the priests to give a burnt offering to cover the people of Israel; for example, at Passover, with the new grain/firstfruits offering at the Feast of Weeks, Rosh Hashanah, and others.

“When anyone offers a grain offering to the Lord, his offering shall be of fine flour. And he shall pour oil on it, and put frankincense on it.” Leviticus 2:1

In addition to the animal sacrifices, the Israelites offered meal (grains or cereals) or vegetables. This was the only sacrifice that did not include the shedding of blood. The meal offerings could only be made with oil and salt, however honey and leaven were explicitly prohibited. Leviticus 2 provides detailed cooking instructions on how to prepare the offering and exactly what kind of grains could be used. It could be wheat flour baked in an oven, cooked on a griddle, fried in a pan, or roasted. A portion of incense (frankincense) was also to be laid on the altar. The priest ate the remainder, unless he was bringing the meal offering for himself, thereby he would be required to burn the whole thing. The purpose of the meal offering was an offering of gifts and speaks of a life that is dedicated to generosity and giving.
The Peace Offerings

“When his offering is a sacrifice of a peace offering, if he offers it of the herd, whether male or female, he shall offer it without blemish before the Lord.” Leviticus 3:1

For the peace offering the sinner was to bring a male or female oxen, sheep or goat. This offering mirrors closely to the instructions given for the burnt offering. The fat and the entrails of the animal were to be burned and the remainder was given for consumption to the priests or the one who is offering. This offering is also referred to as the ‘thanksgiving sacrifice’ for it expresses peace and communion between the sinner and God, a form of praise and worship.

Now the Lord spoke to Moses, saying, “Speak to the children of Israel, saying: ‘If a person sins unintentionally against any of the commandments of the Lord in anything which ought not to be done, and does any of them, if the anointed priest sins, bringing guilt on the people, then let him offer to the Lord for his sin which he has sinned a young bull without blemish as a sin offering. He shall bring the bull to the door of the tabernacle of meeting before the Lord, lay his hand on the bull’s head, and kill the bull before the Lord. Leviticus 4:1-4

For each class of people God gave its own ordinances to follow:

The trespass offering was very similar to that of the sin offering because it was meant to cover unintentional sins. Yet, the main difference was that the sinner would offer money for sins connected with fraud. As an example, if someone lies or extorts money from his neighbor, on the day that he brings his trespass offering he is required to repay what was stolen and pay an additional one-fifth of the amount to the one offended and to the priest he would bring an animal sacrifice.

So, what do we do with the first covenant?

It is still very important for us to study the first covenant and things like the sacrificial system. We can grow in knowledge and understanding of the character of God and the weight of sin in our lives. As believers in Yeshua as the sacrificial Lamb of God we understand that we no longer are required to perform the ritual sacrifice of animals to restore our relationship with God. The essence of the sacrificial system is creating a right relationship with God. From the beginning, God sought to be intimately connected with His creation, but unfortunately our sin was the barrier. With the ultimate and eternal sacrifice of His Son, we are free to be in relationship with Him.