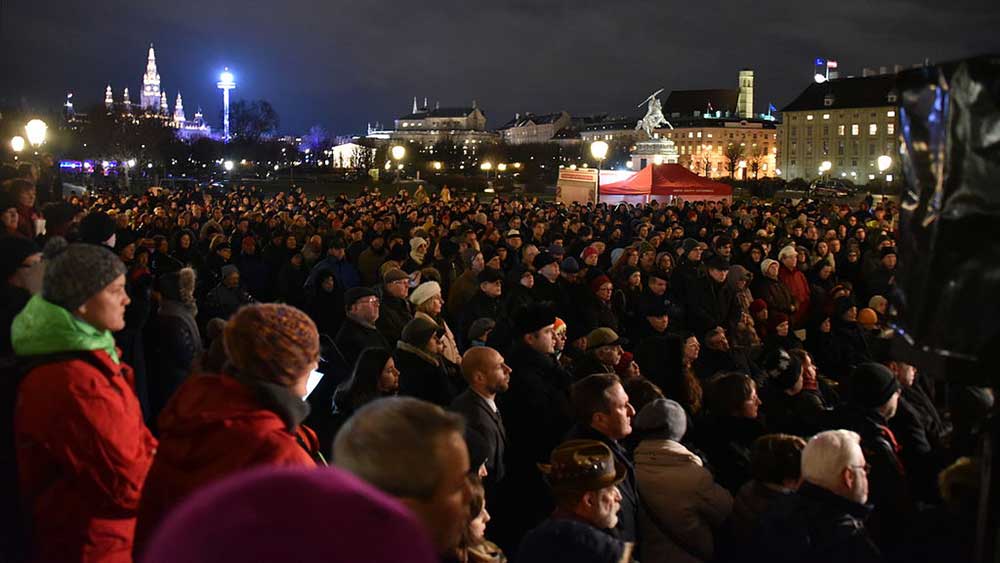 “And the LORD said, ‘What have you done? The voice of your brother’s blood is crying to me from the ground.’” (Genesis 4:10)

In Israel, we take memorial days very seriously. Our busy lives stop and, for two minutes as a siren blares, we stand in silence as we remember the Jewish people systematically murdered by the Nazi regime in WWII, and the fallen Israelis — Jewish and Gentile, alike — who have lost their lives since the re-establishment of the State of Israel.

To this day, the blood of 6 million Jews murdered in Nazi death camps cries out to God from the ground. There was no true justice for their murder. None could truly understand the agony they endured unto death, and those who survived found very little help in making sense of the horrors they had survived.

In the absence of anyone who could truly understand their past, including themselves, many Holocaust survivors instead looked to the future for comfort. They looked to create a future in the Promised Land. One of the most shocking realities of those who lived through the Holocaust, however, is what happened next.

Many survivors fled to the Jewish homeland in then British-mandate Palestine, the only place on earth that offered any promise of fully defending the Jews against the forces of anti-Semitism at work in the world. Yet, when they arrived, they found themselves on the brink of yet another war, the War of Independence.

About two-thirds of those who fought in the 1947–48 wars for Israel’s independence were Holocaust survivors. About half of the people who lost their lives in these battles were Holocaust survivors, many of whom were the only member of their immediate family and among very few of their extended family to survive the Holocaust. In a letter from one young man who survived the Nazi death camps to his aunt, his only surviving relative from Holocaust, we read:

“I know that many among our ranks will fall [in the war], but without blood, [we] will not get [our] homeland. I hope that we will see each other soon.”
— Israel Zinger, 18 years old at the time of the writing of this letter

Those who did survive the wars in Israel raised families here, but the sad fact is that their families often had no idea what they had endured in the Holocaust, mostly because it was an unspeakable horror. One survivor described the phenomenon this way:

“I didn't want to think about it, talk about it. I wrote. I put it on a piece of paper and that’s all. My wife was not in the camps, so she didn’t know anything personally. I didn’t speak too much. The children became older and they didn’t ask anything and I didn’t tell them anything. I wrote a book… and now if they want to read the book they can read it. I also go to Poland with groups and my son said I want to go with you. So I said come with me. He didn’t know anything — didn’t ask anything. When the group participants ask you each evening about the Holocaust one of them asked my son, ‘What questions did you ask your father about the Holocaust — what did he tell you? My son answered, ‘I wanted to ask the same question you are asking, but couldn’t and now I have the answer’. They never asked — they have the book.”
— Meir Eldar

This sad reality reminds us of the importance that we have the State of Israel today. The hope of a Jewish homeland gave these Holocaust survivors the motivation to continue in their dream of re-establishing the nation of Israel; they knew that there was a cause greater than their own comfort and it was one they were willing to give their lives for.

However, we have not seen the end of anti-Semitism or hatred of Israel and the Jewish people. To date, some 23,741 Jews have been killed either defending Israel or in terror attacks. Sadly, both war and terrorism against Israel has been focused on one thing: eradicating the Jew from this region. It is for these 23,741 fallen Jews that we observe Yom HaZikaron (Memorial Day) every year. It is for the 6 million Jews who died in the Holocaust that we observe Yom HaShoah (Holocaust Memorial Day) each year. The battle against anti-Semitism is not over. The blood of 23,741 Jews cries out from the ground for an end to the violence against the people of Israel. While we are grateful that the Jewish people have a homeland, we must remain vigilant to protect our country, and see that it is indeed a place of refuge for all who seek to join with the Jewish people in this cause.