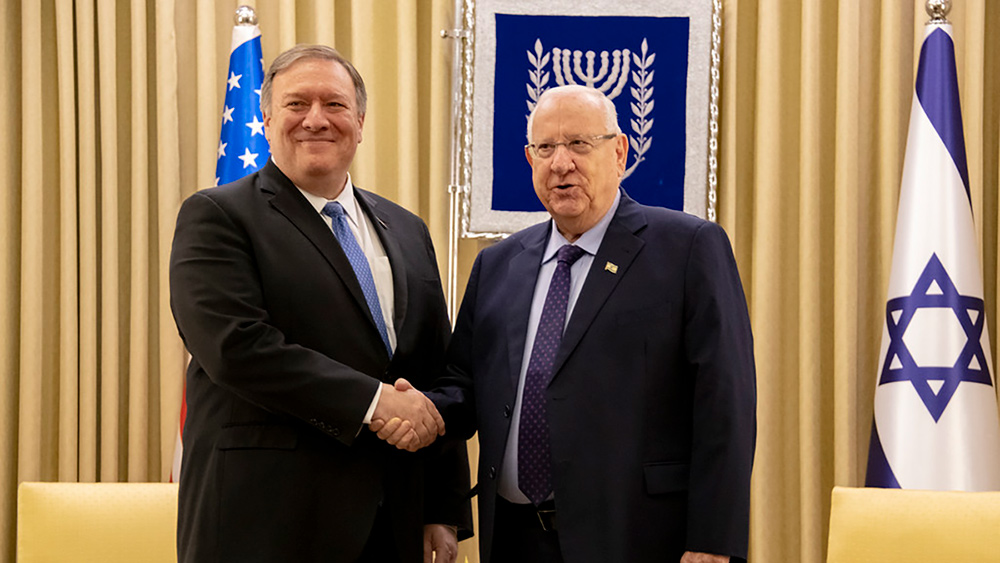 The political divide in Israel is pretty intense right now and nobody seems to be presenting any solutions that are satisfactory across the political spectrum. As Israel continues to drudge on in political limbo, there is at least a shimmer of light coming from yet another U.S. show of solidarity with Israel.

In the latest of pro-Israel moves in the U.S., it was recently announced that the U.S. would no longer denounce ALL Israeli settlements as “inconsistent with international law”.

However, most of the land ownership is either disputed or the land was purchased from those claiming ownership. The land that is purchased or not clearly stolen is the land that the U.S. is now acknowledging cannot be labelled as “inconsistent with international law”.

Furthermore, the U.S. is now acknowledging that the Israeli government already has laws in place and is in the habit of dismantling any settlements that actually are built on stolen land. The current U.S. administration is the first to proclaim loud and clear that the international community cannot demonize all Israeli settlements. Since the biggest and most populous among the settlements are perfectly legal, the U.S. is recognizing the need to distinguish and to honor the reality that Israel has actually been amazingly ethical in its approach to the settlements on the government level.

After the Ottoman Empire was toppled, the British came in and gave quite a bit of land deeds to Arabs living on that land who had never before been land owners and who were viewed by the Turks as mere peasants for the most part. The Jews on the other hand received almost no land for free and instead had to make due with only purchased land.

The Arabs saw an opportunity to take advantage of the Jewish interest in the land and so much of the land owned by the Jewish state today (slightly more than 90%) was actually purchased rather than “stolen”. These large land purchases had great potential to lead to wealth among the Arab land sellers who had previously been second class citizens in an Ottoman Empire, but the Arabs instead attempted to push the Jews off their purchased land and lost even the little land that they had previously held onto.

So, thank you, America, for recognizing that not all (and really nearly none) of the land of the settlements is illegal and that Israel is ethical in its approach to the settlements.

Moving forward, please join us in praying that America’s stance on the settlements will not change drastically from the current one in future administrations. Please also pray with us that as America boldly continues to stand in solidarity with Israel in recognition of the truth, other nations will as well. Especially pray for the Arab nations to come to an understanding of the truth as this would dramatically undercut efforts by westerners to oppose the Jewish state (a move that is really anti-Semitism, but that is seen as acceptable in any way because the whole Arab world has traditionally stood against Israel).