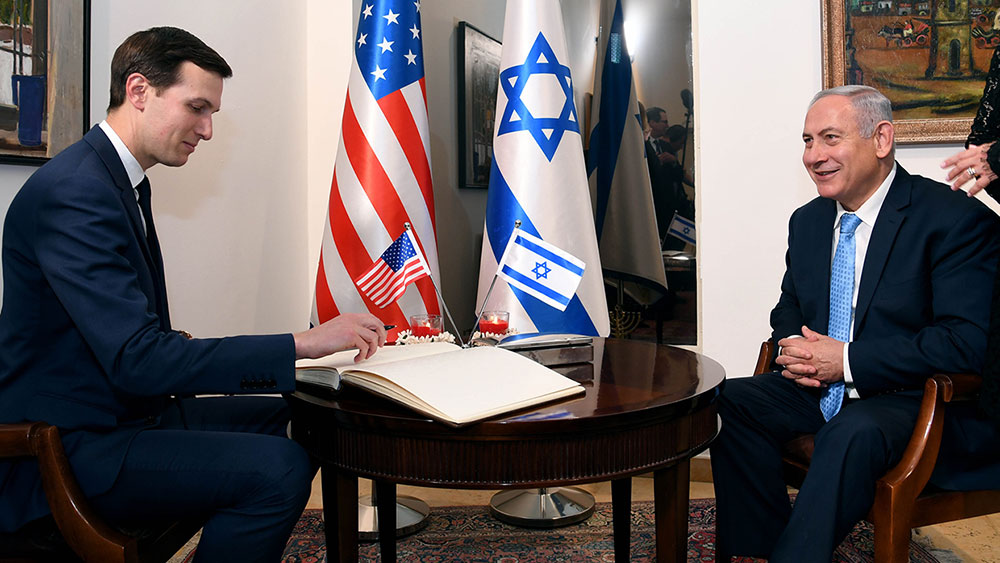 Again and again, the Trump administration has promised that a peace plan for the Israeli-Palestinian conflict would be forthcoming. Again, and again, the unveiling of that peace plan has been delayed due to terrorism or the elections in Israel. The big question now, is how the “do-over” elections in Israel, coming this September, will impact the unveiling of this peace plan. This instability in the Israeli political scene may be just the thing to justify the US-drafted peace plan omitting any discussion of territorial disputes… for now.

The US-drafted peace plan is ruffling the feathers of all parties who have traditionally weighed in on such matters as this US-administration has continually stood firmly with Israel on matters of Israeli sovereignty and security and pulled hundreds of millions of dollars in US aide from Palestinian aide organizations, insisting that any further US aide will be conditioned on Arab Palestinians coming back to the negotiating table despite their discontent with US support of Israel.

In many ways, the recurring delay in the unveiling of the US-drafted peace plan has also meant mounting pressure on Arab Palestinian leaders to give up their demands for national recognition and border disputes in preference of pursuing real economic change for Arab Palestinians today. Until now, the corrupt Palestinian Authority leadership has often gotten away with pocketing money intended for economic progress in Arab Palestinian communities and Hamas has not only pocketed charitable donations but also invested millions into building rockets and furthering their terrorist aims.

This coming June 25th–26th, Jared Kushner is expected to conduct a conference in Bahrain aimed at reaching business agreements that would increase the economic well-being of Arab Palestinians and put money in the hands of the people rather than the corrupt officials who are currently failing to represent their interests. Understandably, those corrupt officials are refusing to participate in the gathering in Bahrain, but at least one Arab Palestinian business has committed to participating in this gathering and it is reasonable to believe that many others will soon commit to coming to the negotiating table in Bahrain as well.

In the case that the US-drafted peace plan can avoid addressing territorial issues and focus more on business deals, it may be that it can be the beginning of a new era of Arab Palestinian prosperity and a move away from humanitarian organizations dumping money into the pockets of corrupt Palestinian officials. After all, most Arab Palestinians complain primarily about their economic situation and many prefer Israeli government to the corrupt Palestinian Authority anyway. What if they could improve their economic situation without having to fight tooth and nail over land that belongs to Israel? What if the nation of Israel and business leaders within Israel even participated in promoting their economic well-being (as many already do)? That’s what this US-drafted peace plan may turn out to be encouraging and empowering to happen increasingly in the coming months and years. If Trump manages to stay in office for a second term, such a peace agreement could even really gain a lot of momentum and achieve real change without a need to drag on the territorial disputes that have so far led to zero progress in the course of decades now.

The territorial disputes have long been the center of all peace plans, but the frequency of terror attacks on Israel and the continued political instability in Israel has necessitated a more flexible plan that leaves the disputed territories in Israel, exactly that — disputed. The dispute regarding Judea and Samaria (referred to by the UN and others as “the West Bank”) will likely remain unresolved until Yeshua’s second coming, but the economic situation of Arab Palestinians in the region can and must improve if we are to move towards a more peaceful reality in the meantime. The current US Administration has found the perfect climate within which to pursue real change in the pursuit of peace in the region. By splitting up the economic aspect of the peace plan from the territorial disputes, the US is making room for progress that doesn’t depend on the impossibility of splitting up Israel, and for good reason — political instability in Israel and approaching elections in the US means that any territorial agreements would be somewhat useless until such a time as they can be made with continued support from the US and Israel.

Moving forward, please join us in praying that the gathering in Bahrain this June 25th–26th will continue as planned and even lead to real economic progress for Arab Palestinians in the region. Pray that the world will finally give up the anti-Semitic pursuit of dividing up the land of Israel and that more and more nations will recognize the right of Israel to exercise sovereignty throughout Israel, including throughout the disputed territories of Judea and Samaria.