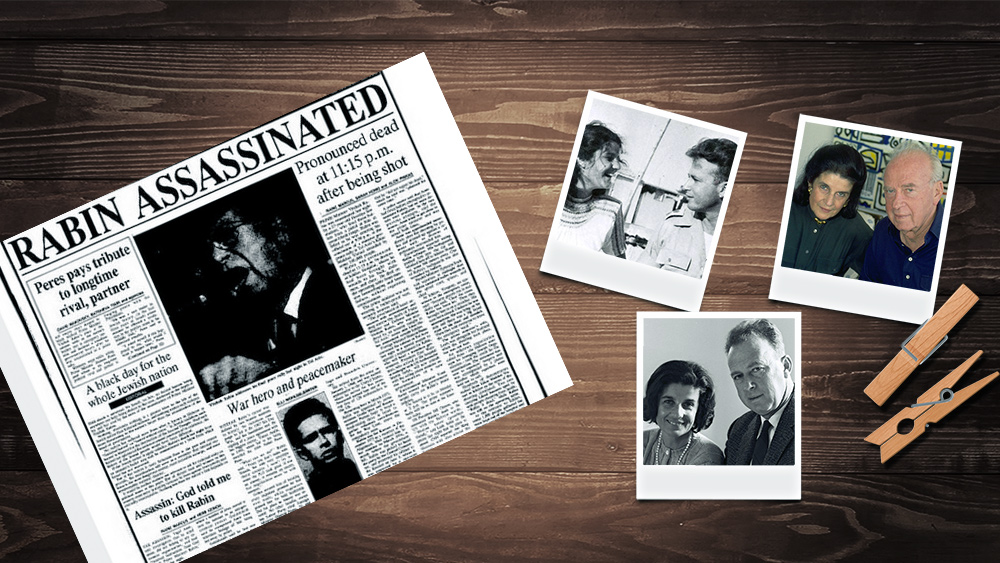 Today, we honor a man who was instrumental both in war and in the pursuit of peace in Israel’s history. Yizhak Rabin’s acts of bravery, as well as his bold ideas made him a leader who is truly missed in Israel to this day. Rabin was a man who knew that the pursuit of peace often meant embracing two very different realities. He once said, “We must fight terrorism as if there’s no peace process and work to achieve peace as if there’s no terror.” He knew how to shake hands with his enemies and wish them the best while maintaining a firm stance on responding to acts of aggression.

It was during Rabin’s time as prime minister of Israel that control of the Suez Canal was returned to Egypt. Who would have known that Israel’s enemy, Egypt, would take back control of the Suez Canal while agreeing to allow Israel to continue using the canal for Israeli shipping operations? Rabin was the kind of person who liked to bet on peace and was occasionally rewarded for his daring. Not only did the Suez Canal deal mark a surprising turn in Israeli relations with Egypt, at least for a time, but it also saw increasingly beneficial relations between America and Israel. As a result of this agreement, the first Memorandum of Understanding was signed between the Government of Israel and the United States, ensuring American support for Israeli interests in the international arena and renewed American aid.

Perhaps it was also the Suez Canal deal that inspired Rabin to adopt his famous ‏“land for peace” mindset. He was convinced that if the Arabs could establish their own nation in the Judea and Samaria nation of Israel and in Gaza, then they could be persuaded to put terrorism aside for good. He believed that regardless of their distorted views of Israel, “economic development and an improved standard of living” would come about through giving them a nation of their own in Israel’s ancient borders, and this would encourage good will towards Israel.

Rabin didn’t live long enough to see what total withdrawal from Gaza would lead to (the terrorism of Hamas and a never-ending threat of rocket fire). Nonetheless, the Oslo Accords signed by Rabin did offer two key advantages in Israel. First, the PLO agreed to security cooperation with Israel that took a lot of the burden of fighting terrorism off the shoulders of the IDF. Second, the Oslo Accords provided a framework within which the Arabs of Judea and Samaria could be responsible for their well-being and even create laws uniquely tailored to the Arabs of the Judea and Samaria region. Sadly, the amount of corruption among the Arab leadership in the region has led to anything but an improved quality of life for the Arabs there. Despite his signing of the Oslo Accords, Rabin did also assert that ‏a peace agreement “is not worth the paper it is written on unless it is backed by the kind of force that will make the other side consider the penalties too heavy to break the agreement.” In the case of the withdrawal of all Israelis (military and civilian) from Gaza, Israel has made very clear the consequences of Hamas’ incessant attacks on Israel. Sadly, Hamas can’t be reasoned with and so some kind of more serious military intervention looms ever on the horizon so long as things continue as they have.

Although the “land for peace” part of the Oslo Accords has proven to be something of a farce, the Oslo Accords did act as a stepping stone in the pursuit of peace with the Arab nations surrounding Israel. In October of 1994, Israel signed the Treaty of Peace with Jordan (the Arab nation that takes up most of Israel’s eastern border, the most border space shared by Israel with any other nation). My wife and I have flown and driven through Jordan from and on our way to Israel numerous times thanks to this peace agreement. I even went on a trip to Jordan with a group of Israeli Jewish young adults about a year ago who freely spoke Hebrew during our trip and never had anyone show even the slightest amount of aggression towards us.

Rabin’s signing of the Treaty of Peace with Jordan also opened the door to peace with numerous other Muslim nations surrounding Israel. Israel’s pursuit of peace is becoming clear even for the Arab nations to see so that they are no longer calling for Israel’s destruction but are looking at new ways to partner with Israel. Most urgent among them today is the partnership between Israel and Arab nations to face the Iranian threat.

What will happen to these warming ties between Israel and Arab nations, only time will tell, but we can credit Yizhak Rabin with two of the greatest shifts in Israeli relations with the Arab world: an end to the hostilities with Egypt and an end to the hostilities with Jordan. As we remember Yizhak Rabin as a man of peace, let us also pray that this yearning that was so intensely on his heart would come to fruition more and more in the coming days, weeks, months, and years. Our God is a God of the impossible. Even though cooperation between Arab nations has seemed near impossible for most of Israel’s history, we are now seeing a shift that could lead to a much brighter tomorrow for the people of Israel.