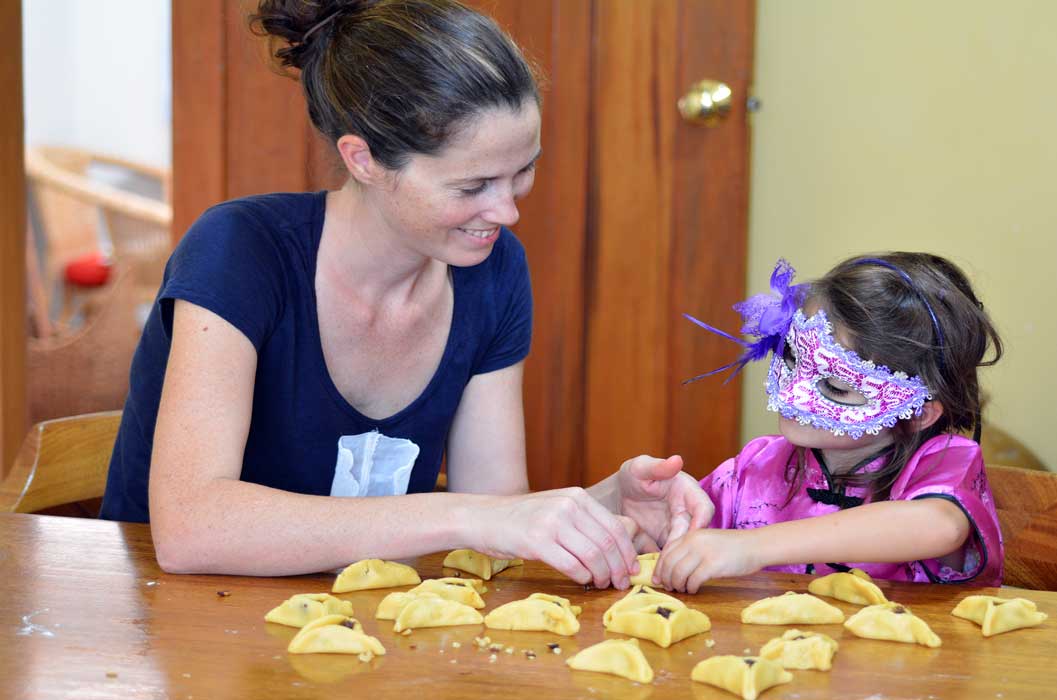 This time every year in Israel, one can see in the windows of many restaurants and bakeries a treat known as “Ozney Haman” (Hebrew for: “the ears of Haman”) or “hamentaschen” (Yiddish for: “Haman pockets”). There are different theories on how this tasty pastry took on the name of the villain in the book of Esther, but one thing is for sure, when you start seeing this pastry around, the celebration known as “Purim” is near. 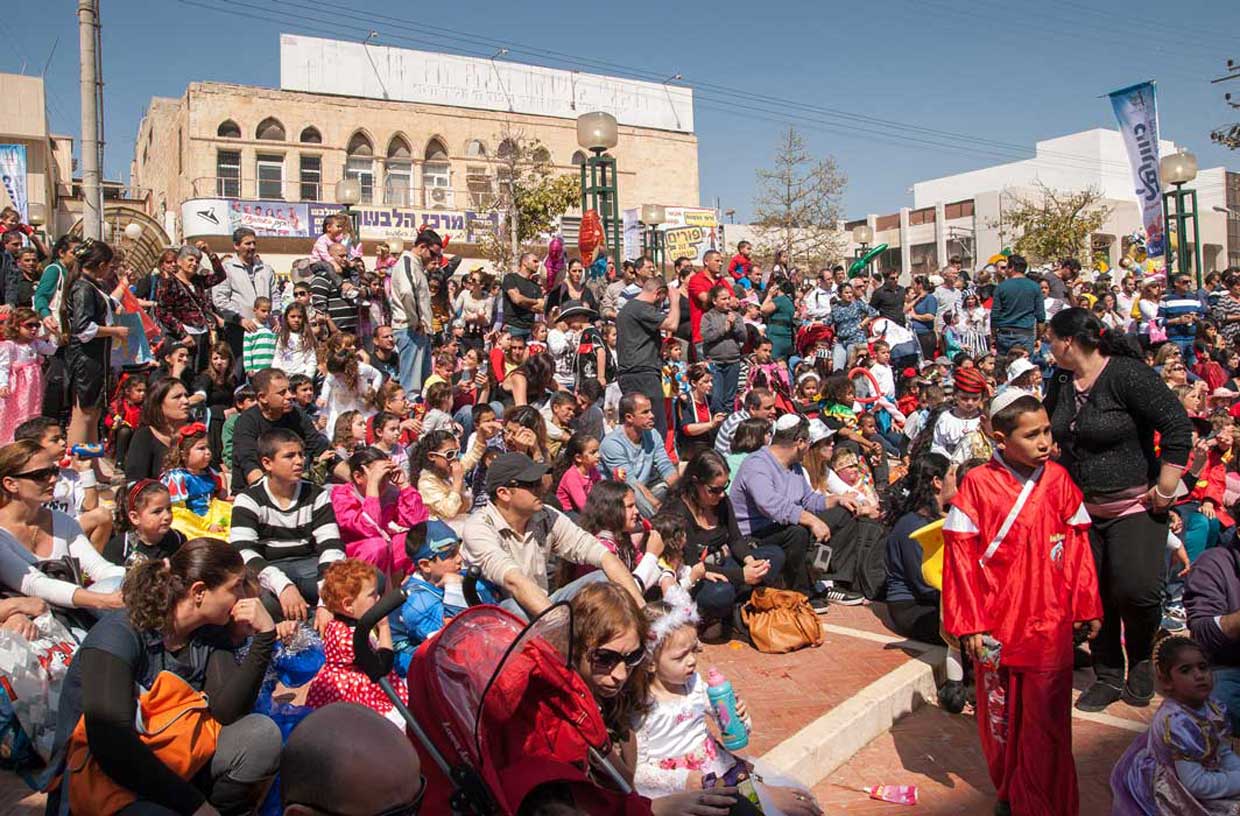 Jews around the world take time with their local Jewish communities or within their families to read the book of Esther together in a celebration known as “Purim” every year on the 14th of Adar (the full moon just before the Spring equinox sometime between late February and early to mid-March).

Often, Jewish communities will read book of Esther from a “megillah” (a scroll). It takes about 40 minutes to an hour to read in Hebrew if reading at a relaxed pace and with the occasional interruption for questions or for fun interjections.

In Israel, wearing costumes for Purim is a must, especially for the kids, but is also fun for adults. There are a few good reasons to have fun with costumes during Purim!

First of all, no one knew Esther’s Jewish identity at first because nothing about her cultural attire suggested she belonged to the Jewish people. She had become queen of Persia and was probably dressed in the most distinctively Persian attire of her day. Like Esther, Jews all over the world wear attire during Purim that “hides” their ethnic identity.

Wearing costumes of heroes is also a fun way to highlight the heroic nature of the events detailed in the book of Esther. Some kids simply dress up like their favorite super heroes.

Another great reason to dress in costumes for Purim is that the book of Esther begins with a 6-month-long party and costumes are an especially festive way to celebrate. By dressing up as though you’re going to a festive costume party, it is perhaps easier to enter into the story and imagine the circumstances described at the beginning of the book of Esther.

One final reason to dress up in costumes is that it is common to act out the events from the book of Esther. Since those acting out the story may dress up as the people in the book of Esther, why not the other members of the congregation as well? 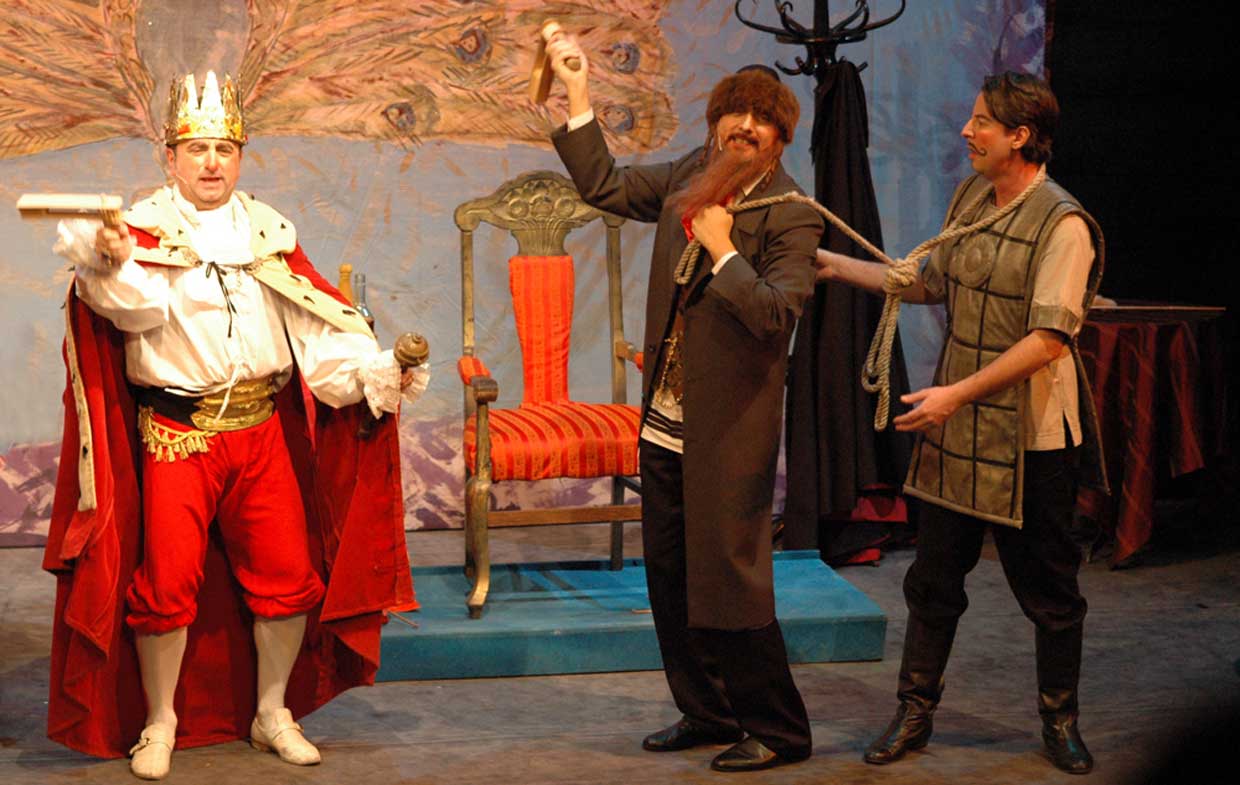 Of course, people like to disengage and passively be entertained when they watch a play, so there are traditions for Purim that encourage everyone to stay engaged and participate in the reading of the megillah. Often times, those watching the play and sometimes even those acting out or reading out the events of Megillat Esther (as depicted above) have something with which they can make a lot of noise every time they hear the name Haman (the villain who tried to have the Jewish people killed). You will notice that two of the three people acting out the events of the megillah in the picture above have a “ra’ashan” (Hebrew for: “noise maker”).

Things to pray into as we celebrate Purim: