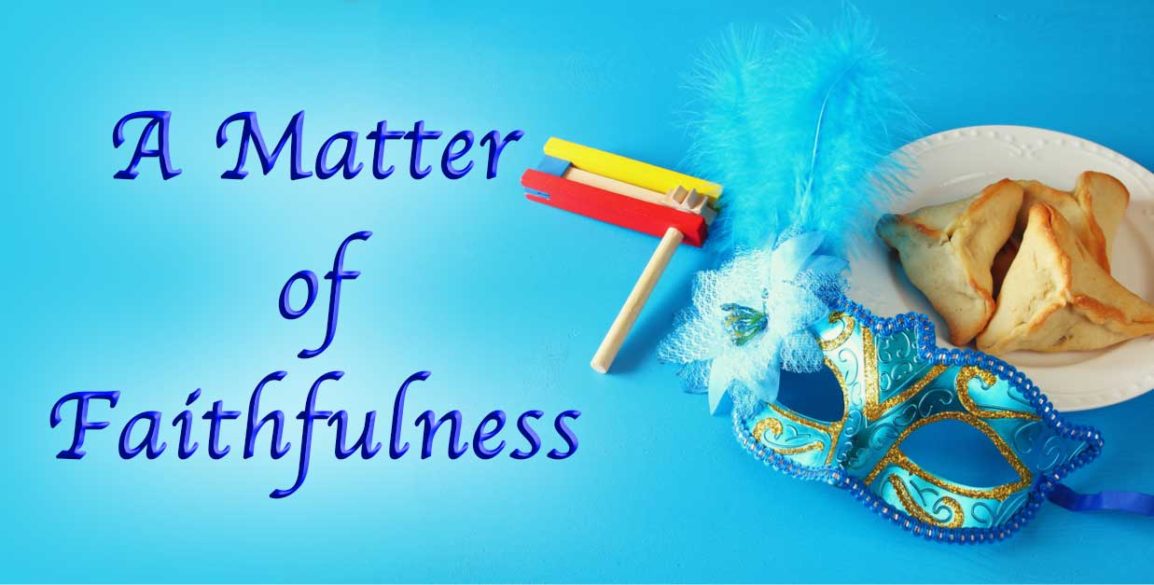 “Then Mordecai told them to reply to Esther, “Do not imagine that you in the king’s palace can escape any more than all the Jews. “For if you remain silent at this time, relief and deliverance will arise for the Jews from another place and you and your father’s house will perish. And who knows whether you have not attained royalty for such a time as this?” Esther 4:13-14

Many of us are familiar with this scripture from the great story of God’s preservation of the Jews in ancient Persia.  For many, this sums up the book of Esther and this great story of heroism; it is about being called “for such a time as this”.  While I also believe that this verse holds a very important principle for us all, it is but one verse describing the faith of a great man of God, Mordecai. Esther is usually the hailed as the great hero of the story, as she was very brave in her actions.   But I’d like to propose that Mordecai and his faith are the true heroes of the story; without Mordecai, Esther very likely would not have understood the desperate need to intervene.  Let’s take a closer look at Mordecai:

“Now there was a Jew in Susa the capital whose name was Mordecai, the son of Jair, the son of Shimei, the son of Kish, a Benjamite, who had been taken into exile from Jerusalem with the captives who had been exiled with Jeconiah king of Judah, whom Nebuchadnezzar the king of Babylon had exiled.” Esther 2:5-6

“And he was bringing up Hadassah, that is Esther, his uncle’s daughter, for she had neither father nor mother. Now the young lady was beautiful of form and face, and when her father and her mother died, Mordecai took her as his own daughter.” Esther 2:7

Mordecai adopted Esther as his own daughter; this reveals something very special about his character.  He was a special man, with a very special heart. He adopted his cousin as his own daughter and raised her up. Often when we see a need, we wait for someone else to meet it. However, here is a man that saw the need to step in and take the responsibility to raise and care for an orphaned child.  Let us not forget that the Jewish people had been in exile in Babylon, and this was not an easy task. It was a task that required much self-sacrifice and a lot of effort.

“And every day Mordecai walked back and forth in front of the court of the harem to learn how Esther was and how she fared.” Esther 2:11

What we see here is the way Mordecai cared for and loved Esther, as he was making sure that she was doing well. This indicates a very special relationship between Mordecai and Esther, as well as revealing that he invested much in her and wanted to make sure she was OK. And his concern for her continued even after Esther became a Queen.  Mordecai continued to care for her and support her as he was sitting at the Kings gate:

“In those days, while Mordecai was sitting at the king’s gate …” Esther 2:21

So far, what we have seen of Mordecai was that he was a man of great character who took very good care of his cousin, whom he adopted. However, there was more to his character than just his relationship with Esther.  We can see the deeper meaning of Mordecai’s character and devotion in the following verses:

“After these events King Ahasuerus promoted Haman, the son of Hammedatha the Agagite, and advanced him and established his authority over all the princes who were with him. And all the king’s servants who were at the king’s gate bowed down and paid homage to Haman; for so the king had commanded concerning him. But Mordecai neither bowed down nor paid homage. Then the king’s servants who were at the king’s gate said to Mordecai, “Why are you transgressing the king’s command?”  Now it was when they had spoken daily to him and he would not listen to them, that they told Haman to see whether Mordecai’s reason would stand; for he had told them that he was a Jew.” Esther 3:1-4

The Word of God is very clear about the fact that we should not have any other god before Him. Just as for Mordecai being Jewish meant something more than just a title, so it is for us as God’s followers.  His deeply-rooted identity in the Lord also gave him a clear understanding of just how grievous Haman’s deception of King Ahasuerus was to order all the Jews be killed:

“And Mordecai knew all that had been done, he tore his clothes, put on sackcloth and ashes, and went out into the midst of the city and wailed loudly and bitterly. And he went as far as the king’s gate, for no one was to enter the king’s gate clothed in sackcloth.” Esther 4:1-2

Most translations read “when Mordecai learned …” I have translated it in the literal way, directly from the Hebrew, since Mordecai knew what was happening, that Haman ordered all of the Jewish people to be killed. As a result of his knowledge of what was going on, Mordecai moved into action.  Again, he was willing to pay the price; he did something that was forbidden (tearing his clothes near the palace courtyard) for three main reasons:

The act of tearing the clothes was, and still is, a symbol of mourning amongst the Jewish people, which is taken from Gen 37:29 and 37:34 from the story of Joseph. I believe that Mordecai further set an example for his fellow Jews to cry out to God, as he wailed loudly and bitterly, meaning that he was praying and pleading to God:

“And in each and every province where the command and decree of the king came, there was great mourning among the Jews, with fasting, weeping, and wailing; and many lay on sackcloth and ashes.” Esther 4:3

Mordecai was a very special man; he was a man of strong character and faith. When he saw a need, he met it, and he was willing to pay the price in order to stay faithful to the God of Israel. By doing so, he set an example to many, and primarily to his cousin, Esther, who was emboldened to act bravely on her part.

My brothers and sisters, let me reiterate that we live in times where great courage is required to stand firm in our faith.  These are days when all those who call themselves followers of God must stand firm for Him; He will give us the courage, grace, and favor “for such a time as this.”