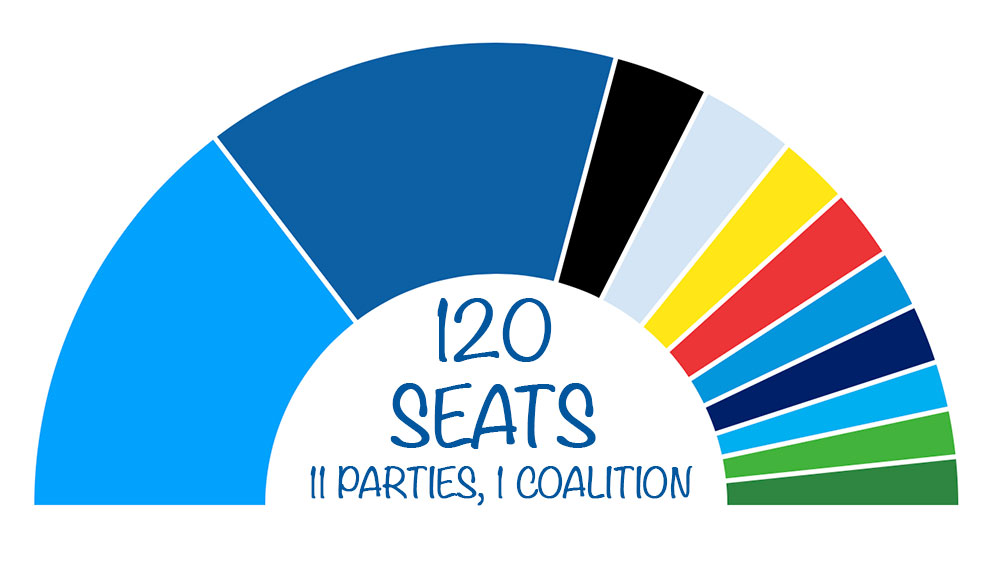 I asked a number of people whether or not they would vote in these elections and found that most of the people who didn’t vote chose not to vote because they believed that none of the parties represented their primary concerns. Nonetheless, Israel’s voter turnout is admirable and truly helps Israel to continue in a direction that is representative of the wishes of a majority of the population. Now, the majority parties will seek to build a ‏“coalition”.

There are two parties working to build a coalition: Blue-White with 35 seats and Likud with 35 seats in the the Knesset (the Israeli parliament). Whichever majority party succeeds in building a coalition will be the party whose party leader will serve as prime minister of Israel. Of the 120 seats in the parliament, the majority party must reach agreements with enough members of other parties so that at least 61 seats of the parliament participate in the coalition.

As it stands, the Likud has the potential to reach an agreement with the remaining right-leaning parties in the Knesset which would lead to a coalition of 65 seats (4 more than the required 61). However, there is some speculation as to whether or not the Likud can secure the support of the Yisrael Beiteinu (Israel our home) party, led by former Minister of Defense, Avigdor Lieberman. If the Likud fails to secure the support of Yisrael Beiteinu, they will fail to form a coalition without the support of the Blue-White Party. However, the precondition for Blue-White forming a coalition is that they have Benny Gantz as the prime minister, which Likud is especially resistant to accepting.

Even if the Likud succeeds in forming a coalition now, numerous parties have expressed that they would require Netanyahu to resign, if he is found guilty of the charges brought against him. In that case, a new coalition would have to form. Of course, the question remains, were Netanyahu to be replaced, could his replacement arise to the occasion and truly represent the interests of Israel today? Only time will tell.