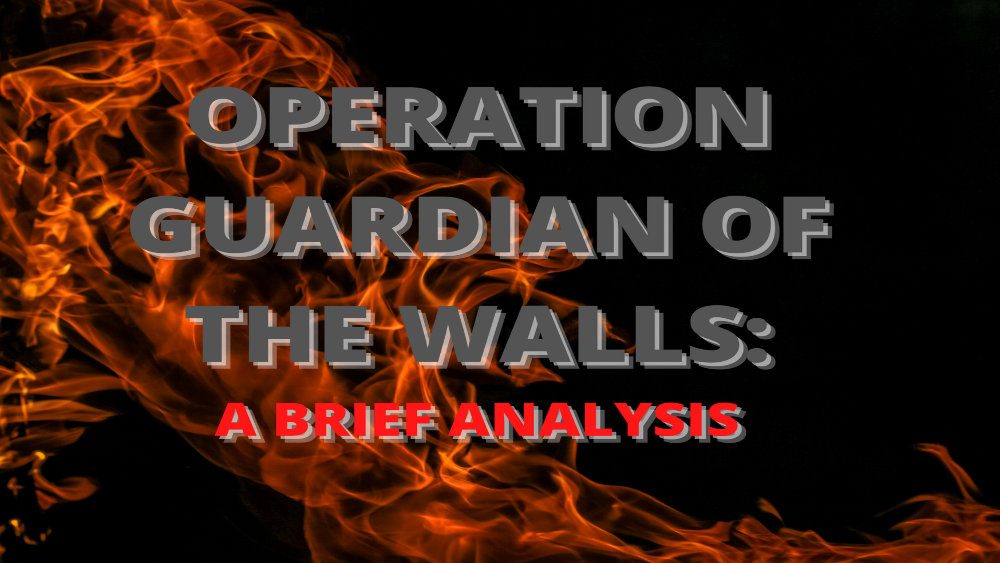 By Hope for Israel Staff Writer

Israel is at war with Hamas...again. Although a ceasefire went into effect in the early morning hours of Friday, May 21st, 2021, the conflict is far from over. With so much misinformation being dispersed throughout news outlets and social media, it is important to take a step back and get a bird's eye view of what brought Israel to the current conflict. I would note that this is an incredibly complex situation, and this article will not address all aspects of it, even at the risk of over-simplifying. Regardless, it is crucial to get some much-needed context, as generic as it may be, in order to scratch the surface of these complexities.

First, let's understand who Hamas is and what they seek. Hamas is a terrorist organization, as deemed by the EU, United States, Canada, Japan, and the Organization of America States (OAS). Founded in 1987, Hamas publically calls for not only the annihilation of Israel, but also the "extermination of Jews and Christians to the last." Hamas holds an extreme ideology similar to that of Al-Qaeda and the ISIS. Hamas violently competes with the Palestinian Liberation Organization (PLO) and Fattah for control over all Palestinian territories. Iran heavily funds Hamas and also supplies the group with weapons, as demonstrated by the hundreds of Iranian-made rockets that attacked Israel in the past two weeks. Hamas conspires with its brother organization in Gaza, Palestinian Islamic Jihad (PIJ), to attack Israel, as was the case in the current conflict.

Israel unilaterally withdrew from the Gaza Strip in 2005, and forcefully expelled its Jewish civilians who lived there since 1968 in hopes of peace. Hamas violently seized control of the Strip from the PLO (their political rivals) in 2007 and Israel has suffered ever since. Israel has not only endured decades of rockets indiscriminately fired at its civilians in the south, but also four wars: Operation Cast Lead (2008); Pillar of Defense (2012); Operation Protective Edge (2014); and the current Operation Guardian of the Walls (2021). Each military conflict ended with numerous military and civilian casualties on both sides, tragically. Also, with each war, Hamas' rockets became more sophisticated, penetrating further into Israel than the previous war.

How Did We Get to the Current Conflict?

Fast forward to 2021, where the situation surrounding the current conflict rapidly deteriorated. The Muslim month of Ramadan was a time of high tension between Muslims and Jews within Israel. Although historically such, this was exacerbated by a few events that I will briefly address.

This neighborhood of East Jerusalem has a complicated history. In 1875, a Jewish Rabbi purchased this empty property and maintained ownership of it until it was sold in 1985. When the Jordanians illegally occupied Jerusalem in 1948, and ethnically cleansed the Jews living there - which included destroying the synagogues - they built 28 homes for Arabs whose families currently live there today rent-free. When Israel captured Jerusalem in 1967, and annexed the property, the Arab families continued to live in the homes all the while legal ownership was still held by the Jewish purchaser. In 1985, the deed was sold to a Jewish organization and the Arab families continued to live there without paying rent. It has been a decades' long dispute that has not been resolved.

On May 6th, Israel's Supreme Court was slated to rule on the issue and the impending eviction of the Arab families (who still refuse to pay rent) sparked violent protests within East Jerusalem. Many Jewish Israelis were attacked in the neighborhood during this time, which only added to tensions. Far-right Israeli Jewish extremists also demonstrated in the neighborhood, taunting the Arab protestors and fanning the flames of hatred.

Both sides have valid claims, which does not simplify the situation by any means. Israel's Supreme Court delayed its ruling in efforts to ease the situation, but the tensions had already reached a boiling point. This is not an issue of "ethnic cleansing" as so many people wrongly argue, but actually a complicated property dispute that can only be settled in court - or avoided altogether if the Arab residents agreed to pay rent.

On May 7th, Israeli police entered the Temple Mount where the al-Aqsa Mosque is located. This was in order to quell violent protests of the Muslim worshipers there. This, of course, further enraged the Palestinian Arabs who argued that Israel was preventing them from worshiping during Ramadan. The problem, however, is that the violence was spilling into parts of Jerusalem, endangering the lives of civilians. On May 8th, Israel prevented a few buses of Muslim worshipers from entering Jerusalem due to credible intelligence that a passenger on one of the buses was planning a terror attack. This sparked more protests all over the country, and even closed down Highway 1, which is the main artery between Jerusalem and Tel Aviv, for a couple of hours until police could restore calm and reopen the route. For days, bloody protests erupted all throughout the country, but were especially dire in East Jerusalem.

Hamas took advantage of the unrest and saw it as a perfect opportunity to attack. On May 10th, which was Jerusalem Day (a day when we celebrate the reunification of Jerusalem in 1967), Hamas delivered an ultimatum "in solidarity" with the residents of East Jerusalem: Remove police from the al-Aqsa Mosque or we will attack. Israel does not take orders from Hamas, or any other terrorist entity, and at 6pm Israel time, Hamas and Palestinian Islamic Jihad attacked Israel with a barrage of 150 rockets. Israel's Iron Dome neutralized most of them, but numerous civilian towns surrounding Jerusalem were directly hit, causing damage to property, but by God's grace, no deaths.

Operation Guardian of the Walls

Israel responded to Hamas' attacks strongly, and thus began an 11-day military campaign between the two. Hamas & PIJ fired over 4,000 military grade rockets into Israel, causing millions of dollars of damage, as well as numerous civilian deaths - both Israeli and Palestinian. Many rockets misfired in the Gaza Strip and killed children and innocent men and women there. Israel was able to keep its defense limited to air raids, and thankfully, no ground troops were dispatched. Israel was able to destroy miles of terror tunnels that run under Gaza, but this came at a heavy price. Hamas sets up its terror network underneath civilian homes and hides weapons in schools, hospitals, and other public places, which puts Israel in a very precarious position. Israel estimates that Hamas still holds approximately 12,000 rockets in its arsenal.

During the campaign, the situation between Jewish and Arab Israelis grew increasingly dire. Numerous cities throughout the country that boast of mixed populations were on fire from violent protests between the two people groups. Jewish and Arab mobs violently attacked each other for days, causing bloodshed and damage to properties. Far-right Israeli extremists continued to add fuel to the fire by inciting riots. In fact, Police Commissioner Kobi Shabtai announced that he holds Israeli Knesset Member, Itamar Ben-Gvir, responsible for encouraging violence between Arabs and Jews, and for instigating an intifada (uprising). Ben-Gvir is head of an extreme right party "Otzma Yehudit" which has been known to stir up violent confrontations between Jewish settlers and Palestinians. It is so tragic that the years of coexistence between Israeli Jews and Arabs have been threatened by such senseless acts of hatred. It will take a long time to repair the damaged relationship.

Despite a ceasefire, we must realize that Israeli and Palestinian families are mourning. The destroyed buildings, terrorized children who can't sleep at night, and the psychological trauma reflect the brokenness of all our hearts. Jewish and Arab children are afraid to leave their homes for fear of more attacks, either from Hamas or their fellow countrymen. This is the true tragedy of this war; it has further divided Israel. We have a long road of healing ahead of us, and ask that you continue to pray for the people of Israel - Jew and Arab alike.