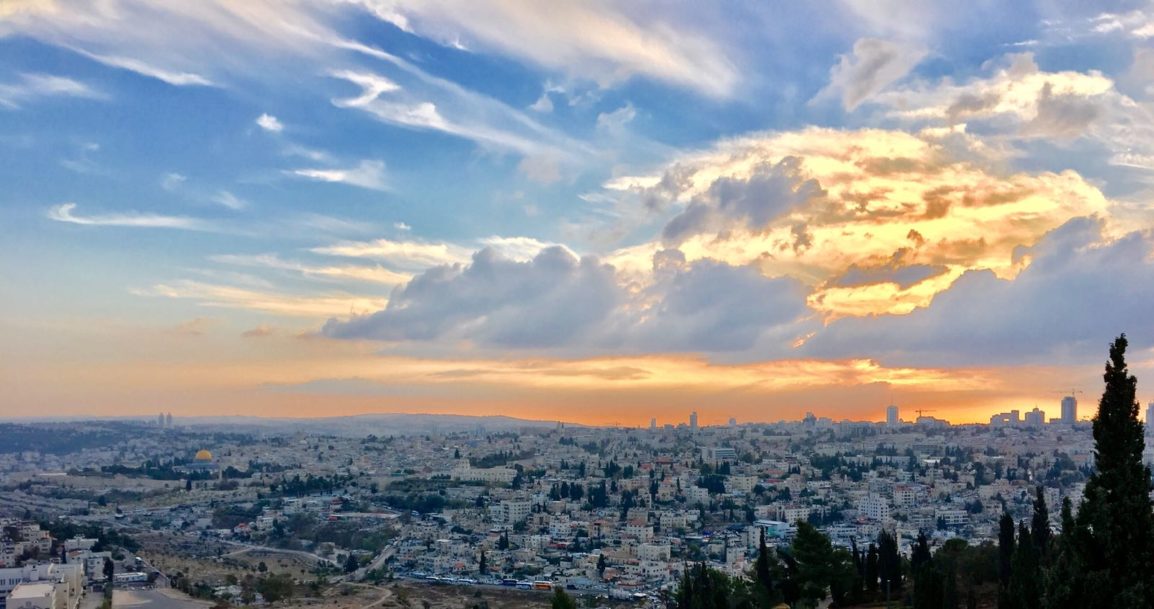 On Wednesday, December 6th, 2017, a little after 8:00 PM Israel time, I sat in my living room, watching President Trump announce the United States of America’s official recognition of Jerusalem as Israel’s capital. It was an historic moment, marking a significant change in American policy toward Israel. I felt blessed to witness history unfolding before my eyes. But I must admit that I had mixed feelings of both excitement and concern because I knew what might lie ahead as extremists are always looking for a reason to inflict violence, and would surely take this opportunity to start their senseless riots.

Indeed, my concerns were confirmed where, in certain parts of our beautiful country, people took the law into their own hands, took advantage of the freedom they enjoy here (the only democracy in the Middle East), and started violently rioting. Sadly, but not surprisingly, the media legitimized this vigilante behavior by reporting false stories, which only encourage more hate, violence, and fear.

On Friday, December 8th, I woke up to the fact that Hamas (an internationally recognized terror group) and the Palestinian leadership (Israel’s supposed “partners for peace”) had called for a “Day of Rage.” I admit that I was a bit hesitant to go run my usual Friday errands (Israel’s weekend is Friday/Saturday), unsure of how that “rage” would ultimately be displayed. But I wasn’t going to let fear stop me from living my life. And what I experienced in the end was love and solidarity.

It started when I went to fix a flat tire. Upon arriving at the tire shop, one of the owners (whom I haven’t seen for many months due to an injury from a bad car accident) arrived. When he saw me, he stopped his car right away, and came to greet me with a very warm hug, and kind words. I was so glad to see him and we had an amazing conversation. Why was this so special? This man is a Muslim. As we talked, I showed him pictures from the day before, when my eldest daughter’s class spent the morning playing and interacting with children from a school in an Arab Muslim village. It was an encouragement to us both.

The same day, I ran an errand at another store, and there I ran into an Arab Christian man that I haven’t seen in a long time. He too came to me right away to greet me with a warm hug, and then we spent some time fellowshipping together and catching up. Then, that evening, a good friend from the army sent me a picture of members of his unit, along with Orthodox Jewish medics, treating a Palestinian man who had suffered a heart attack during one of the anti-Israel demonstrations in the Samaria region (what is popularly misquoted as “the West Bank”). His life was precious and worth saving, because he was simply a human being.

These are just a few accounts of what occurs in Israel every single day; they are a reflection of the positive reality that exists, even among the senseless hatred (that can be found on both sides), and that we must remember, first and foremost, we are all made in His image.

I am thankful that finally, a leading world power refuses to bow down to the threat of terror, and has chosen to align with the biblical and historical fact that Jerusalem is the legitimate capital of the Jewish State of Israel. Let us all have the courage to stand in the truth, regardless of the possible consequences.