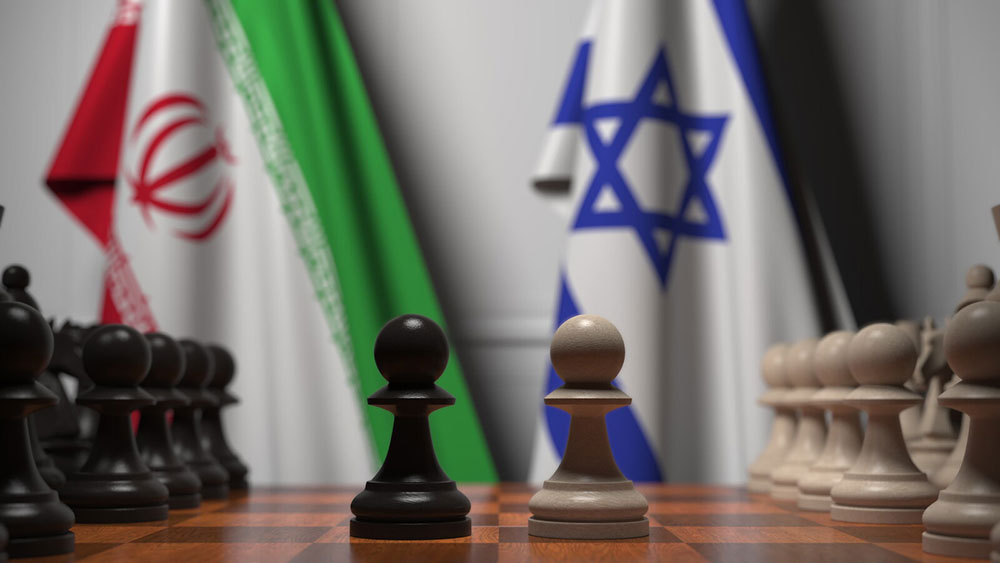 Yes. Just a few decades ago, Israel enjoyed the fruits of thousands of years of Persians standing with the Jewish people. Of course, Islam had complicated this relationship, but the Jewish people still enjoyed a kind of special status among the Persian people of what is today Iran.

The Iranian Revolution in 1979 brought Iran’s relationship with Israel to a screeching halt even though Iran still does an outstanding job of protecting the Jews who live within Iran. One would think that as vehemently as Iran opposes Israel and seeks its destruction, that there would be no Jews in Iran, but the Jews are actually safer in Iran than they are in many European countries.

That’s right. The Jews of Iran don’t need armed guards to protect their synagogues. They don’t need to worry about anti-Semitism when people see them wearing their kipa, tallit and tzitzit. Iranian Jews are even beginning to get increasingly equal rights to their Muslim neighbors which is a big deal for Jews living in any Muslim nation. The well-being of Jews in Iran rests merely on two conditions: they don’t criticize the terrorist regime that controls the nation and they don’t say anything positive about Israel.

After the revolution, the economic shifts in Iran led many of the poorest Jews of Iran to immigrate to Israel where they were assisted in integrating into the thriving Israeli economy. Those same economic shifts, led many of the wealthiest Jews of Iran to emigrate to countries such as the U.S. where their businesses could flourish much more than they would in the new Iran.

About 1 in 5 people were Jewish in Iran’s capital (Tehran) at the time of the Iranian Revolution in 1979. Today, there are fewer than 10,000 Jews in all of Iran. With all of the Jews who left Iran and moved to Israel, however, many of the Jews who remain in Iran have family in Israel.

Needless to say, when it comes to reconnecting with family in Israel, Iranian Jews must exercise utmost care. There were a few Jews murdered by the regime following the Iranian Revolution after being accused of spying for Israel. In our day, however, some Iranian Jews even get away with visiting family in Israel by going through a middle country with the penalty for getting caught being a mere few weeks in jail (which happens from time to time).

Iran is a cherished friend of the Jewish people and so it is with a heavy heart that we read the headlines today that tell us that a terrorist regime in control of Iran is seeking Israel’s destruction. The people of Iran in no way hate Jews, and leaders of the current Iranian terrorist regime have asserted multiple times that they do not desire the destruction of the Jews of Israel.

So why do they repeatedly threaten to wipe out Tel Aviv?

Thankfully, Israel has quite a few things going for it that have saved it from the terrorist plots of Iran. First and foremost, the God of Israel is also the Creator of the earth, and He’s impossible to beat. Second, Israel has the 17th most powerful military on earth. Although the Iranian Regime has the 14th most powerful military on earth, its power comes from the size of Iran and not from the efficiency and effectiveness of its soldiers and equipment in contrast to Israel. A third and final thing going for Israel is that it is always one step ahead of Iran and quick to respond to all Iranian aggressions.

The targeted assassination of Soleimani (head of the Iranian terrorist Quds Force) by the U.S. has been a welcomed surprise blow to the Iranian Regime, but Israel was fine with or without him. He was behind many horrible attacks on innocent people, but when it came to Israel, he was a failure. His Quds force has been trying and failing to gain easier access to shooting ballistic missiles at Israel from neighboring regions such as Syria, Lebanon, and Gaza. He even tried to recruit people in the Judea and Samaria region to partner with him in pursuing the destruction of Israel, but to no avail.

One of Iran’s latest failures to destroy Israel has involved developing ballistic missiles that could reach all the way from Iran into parts of Europe. Along with long range missiles, Iran is trying and failing to find a way to outsmart Israel’s Arrow missile defense system. This is where we as believers should actually take the Iranian threat somewhat seriously and PRAY. Although they’ve failed thus far, there are a lot of really smart people in Iran and defense technology is only cutting edge for so long. Israel can continue to guard her borders with a vigilant eye, but a long-range GPS-guided missile is a serious weapon that could cause a lot of trouble for Israel.

Pray with us that God will continue to bless with a vigilant eye every soldier guarding the borders of this nation. Pray that God will guide those who are developing defense technologies in Israel to stay ahead of the terrorists and develop technology that will keep all attacks of the enemy at bay. Please also pray for an end to the rocket attacks on Israel, which are often funded and orchestrated by Iran. Pray also that the terrorist regime in control of Iran will eat the fruits of their own wickedness and stumble on the rocks they seek to throw at Israel. Pray that the Iranian people will be liberated and be able to establish a true democracy that will no longer be the bully of the Middle East but rather a flourishing nation with a rich heritage.