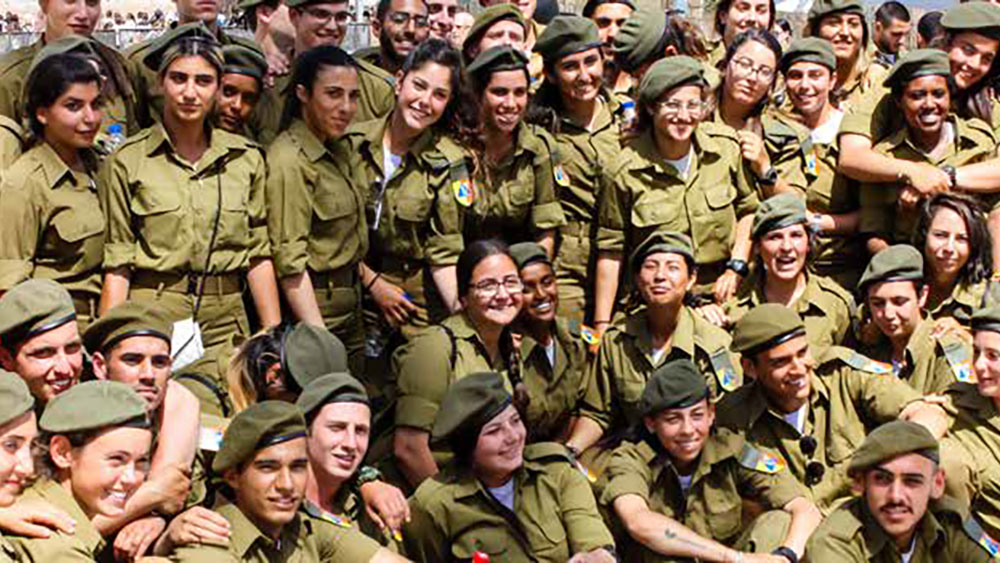 Nearly half of the people in Israel have at least one parent who was not born in Israel. This holds true, not only for Jewish Israelis, but also for many Arab-Israelis as well. I have enjoyed friendships with no small number of Arab-Israelis who have informed me that at least one of their parents immigrated to Israel. In fact, because of how many people in Arab towns are related to each other already, it’s almost preferable to be safe and marry a foreigner than to marry in town and find out later that you’re actually cousins!

All joking aside, the diversity is not merely limited to Arabs and Jews. Among the Arabs, there are Christians and Muslims. Among Muslim Arabs, there are Bedouin Arabs (having a more nomadic family in history) and Israeli-Arabs who have traditionally been sedentary (having at least one parent who has a long family history in the land of Israel). But Arabs and Muslims aside, there are also non-Arab and non-Jewish citizens of Israel who have equally strong ties to the Land such as the Druze.

Even among the Jews, however, there is a wide spectrum of Jews from a great diversity of expressions of Judaism. While they share certain traditions in common, such as the biblical feasts, they may have very different views on how they are to walk out their faith as Jews. Some Jews are also secular. On top of all of this diversity among those born in Israel, there are many Jews and Arabs living in other nations who have some connection to the Land and who seek to return to the Land.

Many Jews who were born outside of Israel choose to show their solidarity with the homeland by serving in the IDF. Some immigrate, and some simply serve as a way of staying connected with Israel even though they will return to the country in which they reside in order to continue enjoying the lifestyle offered there. About 2% of those serving in the IDF are “lone soldiers”.

Jews from outside of Israel aren’t the only ones standing in solidarity with Israel by joining the IDF. Many Arabs in Israel are saying “YES!” to serving their country against all of the political and societal pressures that discourage this. In fact, with all of the efforts, especially in Arab propaganda, to “trash talk” Israel, it may come as a surprise that fully 1% of Arab-Israelis choose to join the IDF. In fact, some of the highest-ranking officers in the IDF are Arabs.

An interesting yet little-known fact is that there is an entire unit in the military comprised of non-Jewish Israelis whose first language is Arabic! The name of this unit is “Yachsar”. There are 500 soldiers in this unit alone from a variety of ethnic backgrounds (Christian, Muslim, Druze, and Israeli-Arabs, both Bedouin and other). While the anti-Israel media shows pictures of Israeli soldiers “oppressing” Arabs in “occupied” territories, what they don’t admit is that many of these soldiers are themselves Arabs who serve in the IDF. Arabs are also serving in other critical roles in the IDF such as the IDF’s Iron Dome unit that is tasked with shooting down any rockets that pose a risk to Israeli citizens (namely those shot by Hamas from Gaza).

Many of these Arabs face threats from anti-Israel Arabs, and yet they serve anyway. One especially unique case was that of Muhammad Zoabi whose cousin served
in the Knesset (the Israeli parliament). Although he had a cousin in a position of authority who could have pushed for legislation to protect people like him, she disowned him because of her anti-Israel agenda and he had to flee to the US for 5 months after being sheltered by a Jewish terror victim in Israel. Muhammad had to flee because he showed support for the IDF and for Jewish terror victims. He is now serving in the IDF, but Israel has had to go to great lengths to ensure his safety so that he could serve his country (Israel) boldly.

The reality is that anyone serving in the IDF is truly brave. Whether native-born Jewish Israeli, Arab-Israeli, or someone who was born in another country, all who join
the IDF face certain consequences that are unpleasant. The risk of being killed by terrorists aside, there are legal and social ramifications to service in the IDF. In some countries, those who fought in the wars can be tried as war criminals because of their service in the IDF. For Arabs, serving their country can mean being ostracized from anti-Israel communities in which they grew up. For lone soldiers, it can mean being criticized the rest of their life for standing with a nation that is made out by the media to look like a monster.

For all who serve in the IDF, there is a strong bond that no attacks of the media or of anti-Israel communities can undermine. The IDF is a diverse yet unifying force in Israel and may likely even be the key to unlocking a much brighter tomorrow in which the Jews and Arabs of Israel link arms and say “NO!” to the anti-Israel hate of the past many decades and “YES!” to a nation, which has from its very beginning, warmly embraced all within her borders.