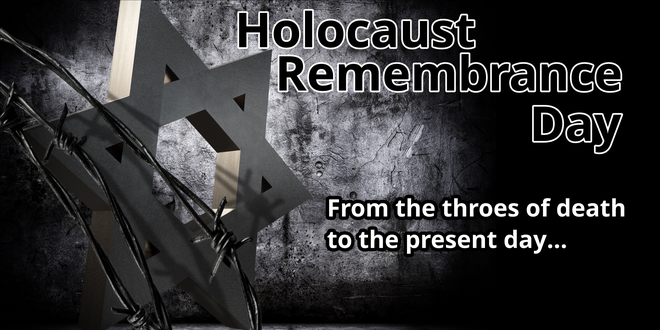 It has now been 72 years since the remaining survivors of the Holocaust were released from the Nazi concentration camps. That means that the youngest of the survivors are all at least about 73-years-old or older by now.

Less than 100,000 Jewish survivors of the concentration camps, ghettos and hideaways in WWII have lived to this day. Although their lives have been long, their troubles went beyond the walls of the concentration camps, even after the end of WWII. Most of the Jewish survivors had no home in Europe to which they could return or even wanted to return after the horrors of the Holocaust. Those who tried to go back to their homes after the Holocaust were often met by anti-Semitic attacks by their neighbors—the worst being those that took place in Poland in which some 1,500 Jews lost their lives.

Although the Nazis had been defeated, anti-Semitism ran rampant in Europe at the end of World War II. Most of those who survived the Holocaust looked for homes outside of Europe. A mere 100,000 Jewish Holocaust survivors that left Europe (less than a quarter of the survivors) were granted permission to make their new home in the US, Canada, Australia and a number of Latin American countries. Most of the Jewish survivors of the Holocaust came to Israel, but their entry into Israel was not easy before the re-establishment of the Jewish state in 1948. The British locked thousands away in Cypress for their attempted “illegal” entry into Israel during the British occupation.

Even after Israel’s declaration of independence and the influx of hundreds of thousands of Jews into the only nation on earth that would receive them, they would be exposed to hate and death yet again. Soon after Israel’s declaration of independence, the Arab-Israeli War broke out. The survivors quickly learned that many of their Arab neighbors did not care what they survived in Europe or about the fact that Israel was the only nation that would accept them. Even the newly established UN was quick to denounce the new state in spite of its being the only nation to offer refuge to most of the Jewish survivors of the Holocaust who left Europe. Most of those of fighting age who made their new home in Israel, found themselves fighting alongside the tens of thousands of Jewish soldiers already residing in Israel as they defended themselves against the attacks of the surrounding Arab nations.

Once the war with the Arab nations had come to an end, the struggle for Holocaust survivors only took on a new form. Although a new kind of brotherhood had formed between those Israelis who took part in the war, the Holocaust survivors found it impossible to open up to other Israelis about what they had endured at the hands of the Nazis. Many survivors wanted to open up with their fellow Israelis about the horrors of their past, but for many their attempts at opening up were met by disbelief.

One survivor by the name of Eliezer Ayalon, in an interview with the Yad VaShem World Holocaust Memorial Center in Jerusalem, Israel, explained that he soon committed to silence about his horrific past and knew many others who did the same. It didn’t take Eliezer long to learn that the trauma of his past was something beyond belief for those who had not experienced it.

There were also the internal battles for the survivors. Many struggled with unimaginable anxiety disorders, PTSD, and emotional distress long after the end of the Holocaust. Studies have even shown that the grandchildren of survivors endure greater emotional distress than those peers of theirs who did not come from survivors.

In 1960, the tables began to turn. Mossad agents successfully brought a key Nazi figure, Adolf Eichmann, to Israel to stand trial for his role in the Holocaust. His trial in 1961 was televised on a free public broadcast, allowing those in Israel who had not been in the Holocaust to grasp the reality of the great injustice that had taken place at the hands of the Nazi regime.

With the end of the Eichmann trial came a new era among the people of Israel. Suddenly, Israelis were looking for ways to learn about the Holocaust. The Yad VaShem Holocaust Memorial Museum, built in 1953, gained unprecedented attention from Israelis from all backgrounds. After the Eichmann trial of 1961, Israelis sought to learn directly from Holocaust survivors about what they had been through. One survivor who was already educating others about his experiences was Elie Wiesel. Already in 1954, Elie published a book in Yiddish about his experiences and had since been working to raise awareness about the Holocaust.

With the newfound pursuit of Holocaust awareness, survivors such as Eliezer Ayalon, who had been silent for years, gained hope that they might finally be able to open up about their stories. In his interview with the Yad VaShem, Ayalon explained that he didn’t begin opening up about his experiences until after he had the opportunity to speak with Elie Wiesel. Ayalon recalled Wiesel telling him that he had survived for a reason, even asserting that, “It is your obligation and responsibility to speak.” At first, Ayalon recalls that opening up about his experiences brought back nightmares for which he sought serious counseling, but he eventually managed to leave the nightmares behind. I’m sure it has been this way for many who dared to share.

For survivors like Eliezer Ayalon, who immigrated to Israel after the Holocaust, watching their grandchildren & great grandchildren grow up and thrive in the nation of Israel has been a daily reminder that the Nazis lost. As we remember the Holocaust, we also remember that Israel stands as the eternal home of the Jewish people—a home in which the Jewish people find refuge from the anti-Semitism in the world that continues into the present day.