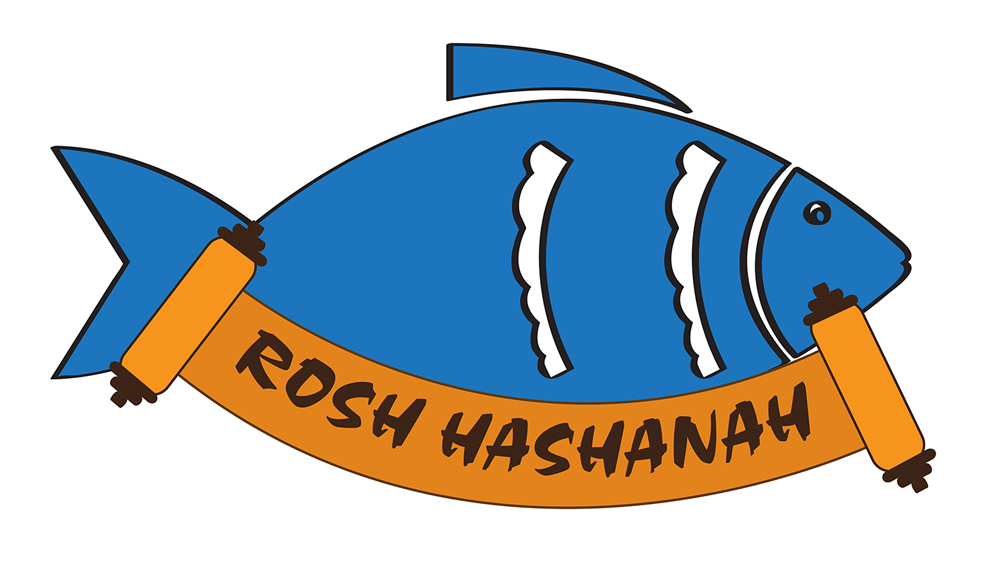 My memories growing up as a Jewish kid didn’t have much to do with apples and honey or the blowing of the shofar at the synagogue service.   Everything had to do with gefilte fish.  For people who are not familiar with this traditionally Jewish dish, it’s a mixture of three types of fish, eggs, carrots, onions and ground matzah.  It’s then shaped in either small patties or a loaf.  It originated in Jewish communities that were situated by the coast of the Baltic Sea.  Jewish people who were very poor would scrape the fish meat left by fishermen in those communities and then would make a meal.

As a child, whenever Rosh Hashanah drew near, I remember everything was about gefilte fish:  who made the best one, why someone chose to make it as a loaf or as patties, which fish was used (I grew up in an area with two rivers so that was a hot topic of conversation) and if you used salmon, it was a reason to brag.  We ate fish and we ate fish and we ate fish pretty much until Yom Kippur because at family gatherings, everybody would bring gefilte fish.  As secular Jews, community life was much more important than the synagogue, so for me, Rosh Hashanah was the Feast of Fish!

And it is in Scripture, in Leviticus 17, where God ordains the celebration of the biblical feasts.  This great chapter talks about the feasts in the spring and in the fall.  Interestingly enough, each feast points to a prophetic event in God’s plan.  Passover, which reminds us of the lamb that was sacrificed so that the Jewish people would be free from the bondage in Egypt, points to the sacrifice of the Lamb of God so we could be free from the bondage of sin.  The Feast of First Fruits, which comes afterwards, reminds us that the first and only one to come back from the dead was Messiah Yeshua exactly on the Feast of First Fruits, which was celebrated after his death.  And Shavuot, the following feast, which reminds us of God giving the Torah to the Jewish people, points to Pentecost, which is exactly when the Holy Spirit came according to Luke 2 to write God’s Torah in our hearts.

After these spring feasts we find the reference to the Feast of Trumpets, which has become the Jewish New Year.  In Leviticus 17: 24, it is written:

“Say to the Israelites: ‘On the first day of the seventh month you are to have a day of Sabbath rest, a sacred assembly commemorated with trumpet blasts. Do no regular work but present a food offering to the Lord.’”

It is because of this commandment that the shofar is blown during the first night of Rosh Hashanah. Its piercing sound has been used for many reasons in the history of Israel:  to warn the people of looming danger, to call the people to repentance, and to announce the coming of someone important.  But here is where it gets even more interesting, because Rav Shaul (also known as the Apostle Paul) talks about the coming of Messiah as it connects to the blowing of trumpets:

According to the Lord’s word, we tell you that we who are still alive, who are left until the coming of the Lord, will certainly not precede those who have fallen asleep. For the Lord himself will come down from heaven, with a loud command, with the voice of the archangel and with the trumpet call of God, and the dead in Yeshua will rise first. After that, we who are still alive and are left will be caught up together with them in the clouds to meet the Lord in the air. And so, we will be with the Lord forever. (I Thessalonians 4:15–17)

All the spring feasts have been fulfilled in the work of God through Messiah Yeshua!  While no person knows the day or hour that Messiah will return to call the dead and the living in Him, as these verses from 1 Thessalonians speak to, we know that it is definitely connected to trumpets. Rav Shaul knew the Scriptures perfectly and he knew about the role of trumpets. A final trumpet will sound, and our Messiah will come for us to take us to be with Him forever.

Is Rosh Hashanah, the Feast of Trumpets or the Feast of something else for you?  Are you waiting for this trumpet, or like me before I knew Messiah, are you distracted with other things?  After eating so much fish during this season I could not see another dish of gefilte fish for a year.  Be assured we will never grow tired of being in the presence of our Messiah.  We are all waiting for His return!