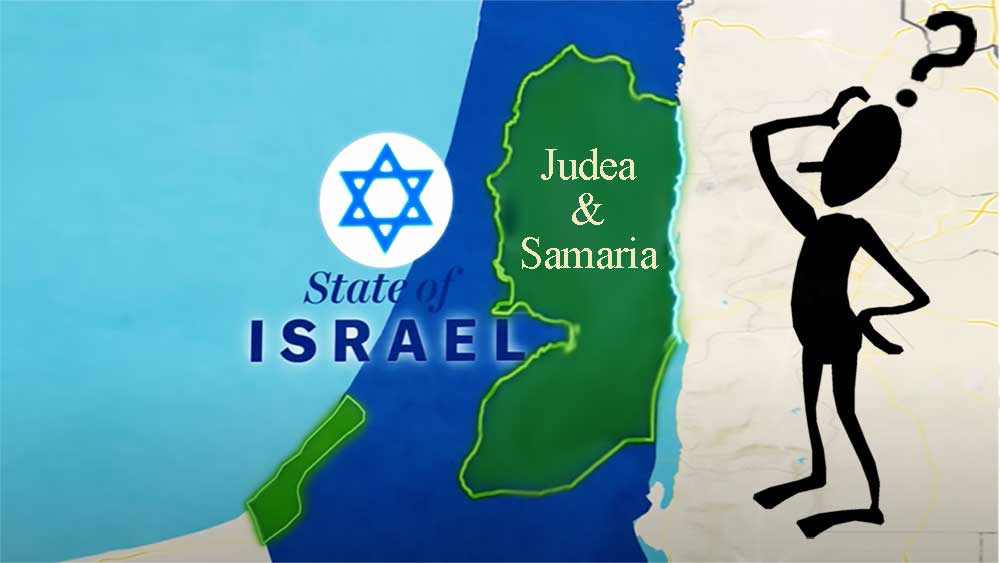 Israeli PM Netanyahu has promised again and again to annex the Jordan Valley and the settlements in the Judea & Samaria region. We are now quickly approaching a July 1st deadline for annexation. As Israel faces a great deal of resistance to the annexation it is worth taking a look at some key factors to consider with regards to discussion of the borders of Israel.

One of the primary arguments against the annexation is the claim that Israel is an occupying power in the Judea and Samaria region. Proponents of this view argue that Arab Palestinians in the region want Israel out of the Judea and Samaria region and deserve an autonomous Jew-free state called “Palestine”. I have only to say that not every Palestinian sees it that way.

I recently spoke with a Muslim Palestinian friend who grew up in east Jerusalem and asked him for the first time in my years of knowing him what his political views were regarding Israel. He informed me that he is very thankful for the Israeli government and simply feels that they could do better to represent the Arabs in government and to encourage unity between Arabs and Jews, but he said the Palestinian Authority and a Palestinian state are a poor alternative to Israel.

For years, the anti-Israel media has given everyone the impression that Israel MUST create a Palestinian state in the territory formerly occupied by Jordan referred to in anti-Israel media as the “West Bank” (the Judea and Samaria region of Israel). This “solution” to the conflict is referred to as the Two-State solution — two states for two peoples. One immediate problem with the demand for this “solution” is, as mentioned above, that even a majority of both Jews and Palestinians do NOT support it.

Even outspoken critics of Israel such as Rashida Tlaib (a Palestinian congresswoman in the US) have acknowledged that the two-state “solution” is comparable to “separate but equal”, a policy that has failed more than once in recent history. Furthermore, the idea of “two states for two peoples” is misleading. There are many people groups within Israel. Should we give each people group their own nation? There are Bedouin who would never want to be a part of a “Palestinian” state. There are Druze who also would not like to be a part of a “Palestinian” state. The “Two-State Solution” is really a “Jew-free” solution for the Palestinians that is encouraged by the anti-Israel media and that makes the conflict out to look like it merely impacts two very distinct ethnic groups.

This oversimplification in the media and in international “peace” keeping organizations such as the UN has led to labelling Israel an “occupying power”. One problem with the “occupying power” view is that there was no distinct ethnic group called the Palestinian people in documented history until the 1960’s. The Arabs who currently refer to themselves as Palestinians, when asked, typically mention relatives from a variety of surrounding Arab nations (they are part Egyptian, Syrian, Lebanese, etc.).

What no-one is saying in the media or in the UN is that the Jews are the ONLY people group in documented history who were referred to as “Palestinians” until the 1960’s when the King of Jordan declared himself King of the Palestinians (referring to the British Mandate territory then called Palestine) and then a few years later, all people in that territory are suddenly Palestinians, both Jew and Arab. One elderly Jewish man who grew up a Palestinian Jew worded it this way to me: “I grew up being called a Palestinian and speaking Arabic and my neighbors were Arabs. The distinction between us was that I was Palestinian (meaning ‘an Israel-born Jew’) and they were Arab. Then after my country got her independence, my ID referred to me as ‘Jewish’ and my Arab neighbors eventually became the Palestinians.” 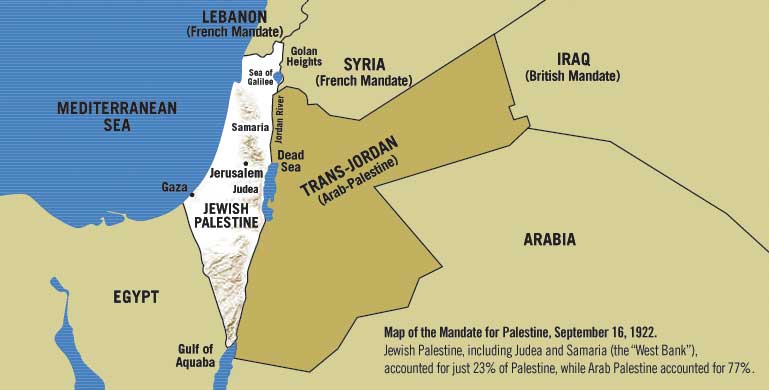 Don’t misunderstand this to mean that Arabs haven’t historically lived in Israel. In fact, Arabs have lived in Israel all the way back to the days of Yeshua’s earthly ministry. Herod the Tetrarch was married to an Arab woman. It was Herod’s divorce from this woman and marriage to his half-brother’s former wife, Herodias, that drew rebuke from John the Baptist and eventually led to John’s imprisonment and execution (Mark 6:18).

One final problem with the “occupying power” view of Israel is that the Jews are actually the only people group with a long-documented history in the land of Israel. Every other people group that has made some part of Israel their home has not stayed for more than a few centuries typically and never had their own nation or unique ethnicity tied to the land of Israel.

For the most part, whenever Israel was a free nation in history (off and on in the past 3,000 years or so), the borders of Israel have been fairly close to the borders described in Numbers 34 with Jerusalem as the capital of the nation. Archeology today is confirming the biblical testimony and showing that Jews lived within a Jewish nation in the territory known as Israel throughout history, albeit in varying numbers due to the persecution of the Jews.

Since May 14th, 1948 (Israel’s modern Independence Day) the number of Jews has only increased thanks to the reestablishment of a Jewish state within Israel’s ancient borders. While this continual growth in the numbers of Jews in territory that was controlled by Muslims for a time is an affront to Islam, it is not a matter of an “occupying power” but rather a story of triumph over tribulation and the faithfulness of God to the Jewish people throughout history. Although modern Israel is in no way perfect and in fact very much in need of many reforms, one thing that Israel is excelling in is embracing and offering equal rights to all ethnicities within its ancient borders, something the counterfeit Palestinian “Authority” would never do.

Pray for Israel. Pray for all within her ancient borders. Especially pray for those living in the territory formerly occupied by Jordan, referred to by many as “the West Bank”. Pray for an end to the divisiveness that is encouraged between the people of Israel and an era of a bond of peace throughout the land and brotherhood between peoples of all ethnicities. Pray that the Jews of Israel would especially shine and draw near to the LORD and receive a revelation of His heart and His plans.