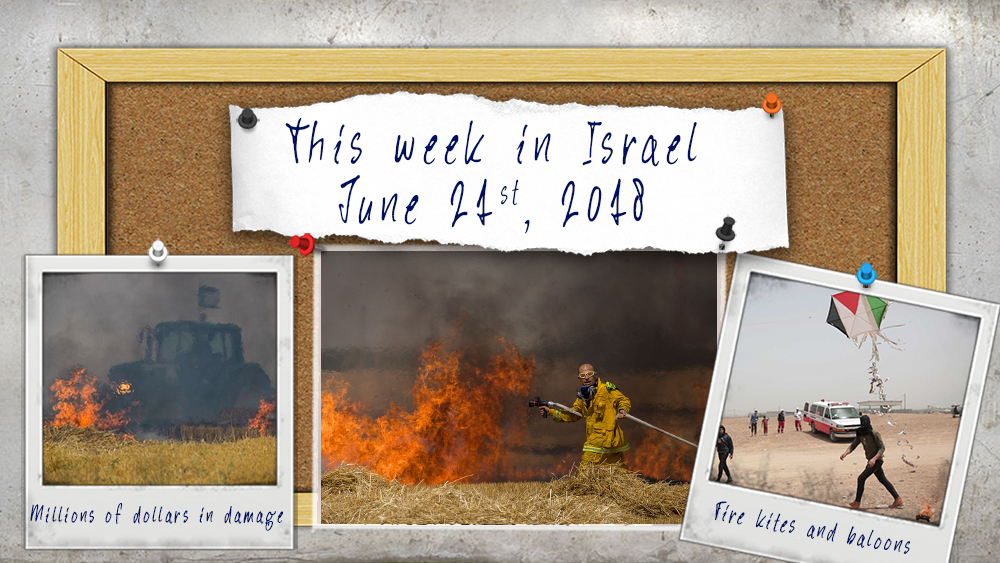 Rockets, Fire Kites & Baloons
According to the Fire and Rescue Services Commissioner Brig. Gen. Dedi Simchi in the Knesset press release on June 17th, just over 6,000 acres (25,000 dunams) have been burned because of the fire kites and baloons.

The types of things being burned primarily include forests, wheat, avocado orchards, jojoba and agricultural equipment, although some date palms have also been affected. The fires have also come dangerously close to a gas station in the affected areas. The estimated damage as of June 17th according to Simchi was approximately 7 million NIS (nearly $2 million) in damages.

In addition to damages, businesses and schools in the area have had to pay out of their own pocket to increase security to ensure that their business or school is not damaged by the fire kites and baloons. Sapir College was mentioned in the June 17th Knesset press release. According to MK Amir Peretz, Sapir College alone has invested an extra 2 million NIS into firefighting efforts in the past 3 months to keep their students safe by ensuring that none of the fires cause damage to the school (as the fires have come especially close to this school).

Additionally, this past week, Hamas sent some 45 rockets into Israel. The tensions are high and the prospects for peace are currently minimal.

Please continue to pray as the tensions remain high. Pray for God’s comfort in the lives of those affected. Pray also for protection from further damage to fields and from injury to people.