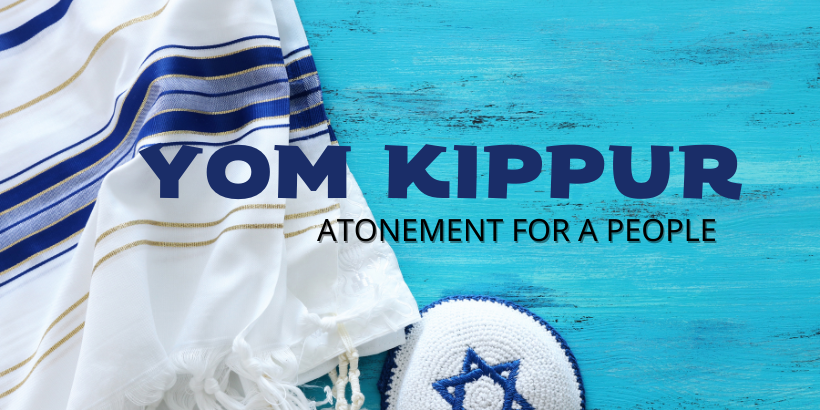 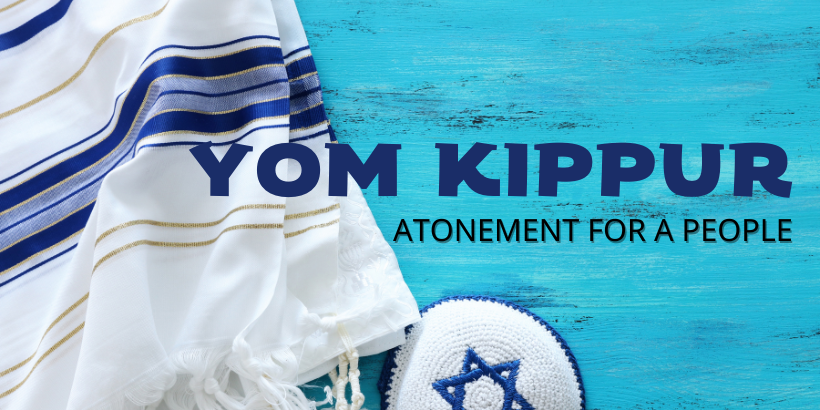 We are in a season of some very special appointed times, which God appointed for the children of Israel. Yom Kippur (Day of Atonement) is the most solemn day on the Hebrew calendar.  The past few years, we featured articles such as “Why I observe Yom Kippur”, and “Why Does Yom Kippur Matter?”. As I sat to write this specific article, my heart was grieved a bit that we even need to write articles to justify why we simply choose to obey God and follow His precepts.

Yom Kippur exists as a direct fulfillment of God’s command to the ancient, wandering Israelites after they were freed from slavery in Egypt:

And this shall be as an eternal statute for you: in the seventh month, on the tenth day of the month, you shall torture your souls, and not do any work, whether the native, or the alien who sojourns among you; for it is on this day that atonement shall be made for you to cleanse you; you shall be clean from all your sins before the LORD. It is to be a Sabbath of solemn rest for you, that you may torture your souls; it is a permanent statute.
Leviticus 16:29-31 (emphasis mine)

The God I believe in is either the same one who was, is, and will forever be, or He is not. When God established this day as a permanent statute, that means it is forever unchangeable. I, as a Jewish person who chooses to accept the one and only ultimate atonement for my sins through faith in His Son, whom He sent to reconcile us back to Himself, am still part of Israel, and as such, I choose to follow God’s instructions which do not change.

Today, while the majority of Jewish people do not recognize the atonement of sin through Yeshua, they do understand that sin requires forgiveness, and this is why Yom Kippur exists to this day.  Today, there is no Temple in which to make the required sacrifices, so there is no shedding of blood. This is definitely problematic. The Jewish people instead have sought the forgiveness of sin through a day of fasting, solemn reflection, and prayers crying out to the LORD for forgiveness.  I as a Jewish follower in Messiah Yeshua understand, however, that the final payment for sin was made two thousand years ago when Messiah suffered and shed His blood for the ultimate atonement of our souls.

By observing Yom Kippur, I do not see it as a means of salvation for my soul; Yeshua’s blood is the only acceptable atonement for me. Praying and fasting food and drink are not substitutes for the blood requirement for the forgiveness of sin. That being said, obedience to God’s commands, out of love for Him and being led by His Holy Spirit, can only bring blessing and so I choose to obey.

Again, it is the issue of corporal versus individual forgiveness of sin; one does not necessarily negate the other. I believe that the individual atonement for sin has already been given through Messiah’s shedding of blood.  But what can we say about the corporal forgiveness of sin?  What of the entire nation of Israel, God’s beloved?

This is yet to be fulfilled, in my opinion.  As all the other biblical feasts and appointed times, Yom Kippur is prophetic.  Zechariah 12 speaks of Israel’s physical and spiritual salvation in the final days. The first part of the chapter (verses 1-9) foretells how God will physically defend Jerusalem against the nations who came against her.  The second half of the chapter (verses 10-14) foretells of the spiritual salvation of the entire nation of Israel:

“And I will pour out of the house of David and on the inhabitants of Jerusalem, the Spirit of grace and of supplication, so that they will look on Me whom they have pierced: and they will mourn for Him, as one mourns for an only son, and they will weep bitterly over Him, like the bitter weeping over a first-born…” Zechariah 12:10

There are no words to adequately express the moment when Israel collectively recognizes her Messiah!  This will not be a time of rejoicing, but of mourning, because Israel will finally recognize the One whom they have pierced. And as Rav Sha’ul (Paul) wrote in the book of Romans 11:15, “…For if their [Israel’s] rejection be the reconciliation of the world, what will their acceptance be but life from the dead?”. (emphasis mine)

An interesting connection between the command to “torture” our souls during Yom Kippur and Yeshua’s work of atonement is that both require suffering. The Hebrew word תענו in Leviticus 16:29 & 31 is usually translated as “afflict”, but the literal translation is actually “torture”. Yeshua’s decision in the Garden of Gethsemane to subvert His will to the Father’s meant drinking from the cup of death, which required intense suffering, so that we would have everlasting life. I believe this is a question we must also ask ourselves; our obedience is not about what is convenient for us, but about accepting or rejecting the Father’s will.

So, how will I be observing Yom Kippur? I intend to join the people of Israel – the Jewish people and those who have chosen to align themselves with the God of Abraham, Isaac, and Jacob – in “torturing” my soul, fasting both food and drink from sundown to sundown, reading Scripture, and confessing my shortcomings to the LORD, all the while interceding for Israel’s salvation in Messiah Yeshua.

It is with this hope for true salvation and forgiveness for the nation of Israel that I can sincerely say “G’mar Hatima Tovah”. May your name be inscribed in the Book of Life, in Messiah Yeshua.

6 Comments on “Yom Kippur: Atonement for a People”